Ni Under 15 Team Loses To Turkey 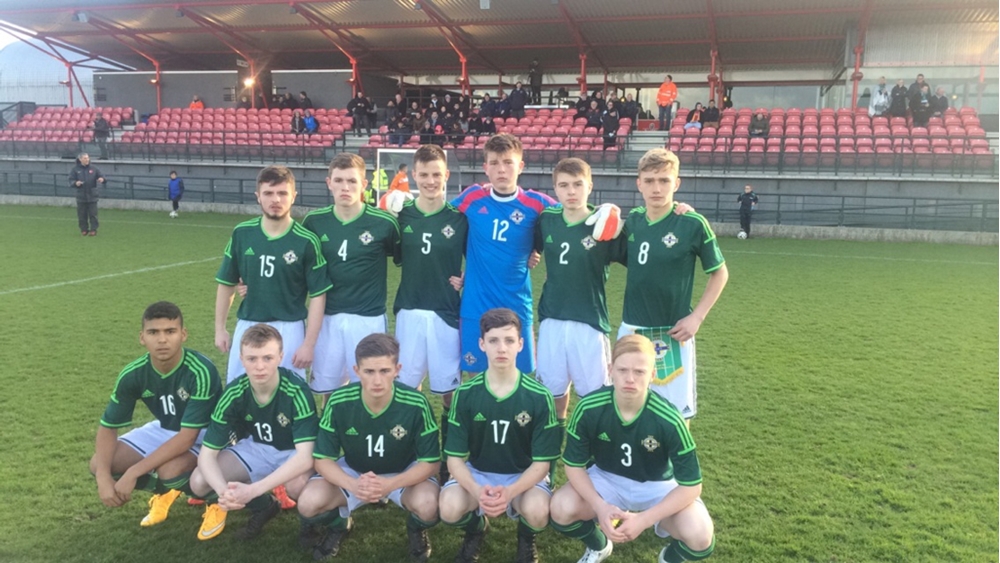 Turkey attacked strongly from the start and deservedly went in front after 9 minutes when Atalay Babacan played a clever pass into the path of Sefa Akgun who slotted the ball under the advancing Oliver Webber.

Northern Ireland's first dangerous attack came on 21 minutes when Joseph McMullan fired a shot from 20 yards which dipped just inches over the bar.

Soon afterwards a great pass from Tom Mathieson sent Pablo Andrade racing clear but the striker delayed his shot and Oran Kabak got back to clear the danger.

Just before the break the Turkish defence failed to deal with a free kick by Kai Wardlow but the ball just eluded a lunge by Luke Ferguson.

After the interval substitute winger Reece McGinley raced past three defenders and found Leo Brown on the edge of the box but the striker's lob was easily held by Atkan Akyol when a pass to the unmarked McMullan would have paid better dividends.

Just when it looked like Northern Ireland would get back on level terms Turkey added a second goal against the run of play on 51 minutes.  The ball was given away in midfield and Turkey attacked quickly down the right with captain Recep Gul cutting inside to plant a shot beyond substitute keeper Shane Wallace.

In the closing stages Turkey went close to increasing the leeway with Gokay Eles sending a powerful header inches over the bar while Wallace had to be quickly off his line to block a shot by Enes Ilkin.

Under 15 Manager David Healy was upbeat about the team's performance in the games against Belgium and Turkey.  He said: "This was the first taste of international football for these young boys.  To play two games in two days against quality opposition was a good introduction to tournament football.  In November the team will play England, Scotland and Wales in the Victory Shield.  Three games in under a week will be a tough test but the experience gained in this mini tournament will stand the team in good stead."

The Under 15 team's next internationals are against Estonia at Comber on Thursday 7 May and Knockbreda on Saturday 9 May.  The Northern Ireland Schools’ Football Association is offering free entrance to any school or youth group wishing to attend either game. Any group wishing to gain free entrance should send their details by email to Edwin Ferris, NISFA Treasurer: edwinferris@yahoo.co.uk to obtain a group permit.