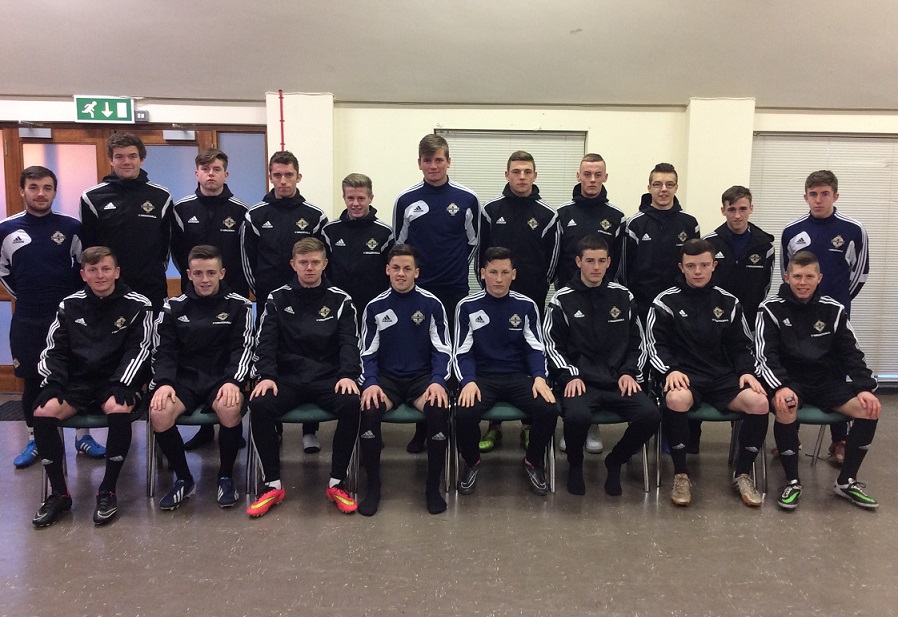 The visitors dominated from the start and went in front after 7 minutes when Adam Salley met a pin point cross from the right  by Lyndon Kane and beat the Welsh keeper with a powerful header from 6 yards.

The speed and directness of the Northern Ireland forwards and the forays down the right wing by Kane were causing problems for the home defence.  Kane combined well with Andrew Hoey who cut the ball back to Andrew Mooney but the striker's volley went over the bar.  Soon afterwards Salley also blasted over the bar when well placed.

On 20 minutes Mark Sykes doubled the lead when he met a free kick by Kane and, though his first effort was blocked, Sykes steadied himself to slot home the rebound.

Andrew Mooney added a brilliant third goal on the half hour when he ran onto a precise pass from Salley, rounded the advancing keeper, and tapped the ball into the unguarded net.

Wales rarely threatened and Northern Ireland keeper Jason Craughwell was called into action for the first time after 37 minutes when he held a 25 yard free kick by Patrick Hinchcliffe.

Two minutes after the restart Lyndon Kane got on the scoresheet with the best goal of the game.  Kane and Sykes combined well to carve open the home defence and when Kane collected a neat chip by Sykes the full back made no mistake with a well placed shot.

Welsh substitute Nathan Jenkins looked likely to score when he burst through the Northern Ireland defence but Craughwell was quickly off the line to block his shot.  At the other end Northern Ireland substitute Paul Smyth was causing problems with his pace and when he sped past the Welsh left back his low cross was met by Salley but the striker's shot struck a defender and was cleared.

On the hour mark Wales came more into the play and it was Jenkins who showed up well with a free kick hitting the post.  Two minutes later Jenkins cut through the Northern Ireland defence and his shot deflected off Conor Morgan and over Craughwell but the keeper got back to make a brilliant save, tipping the ball over the bar.

However, the keeper had no chance on 67 minutes when Ben Nash reduced the leeway, blasting the ball home from close range.

In the closing stages both sides missed good chances with Jenkins again hitting the woodwork while Smyth and Mooney failed to put away clear openings.

Northern Ireland deservedly maintained their excellent record against Wales with this success meaning that in the last 10 meetings Northern Ireland has won eight with the other two drawn.