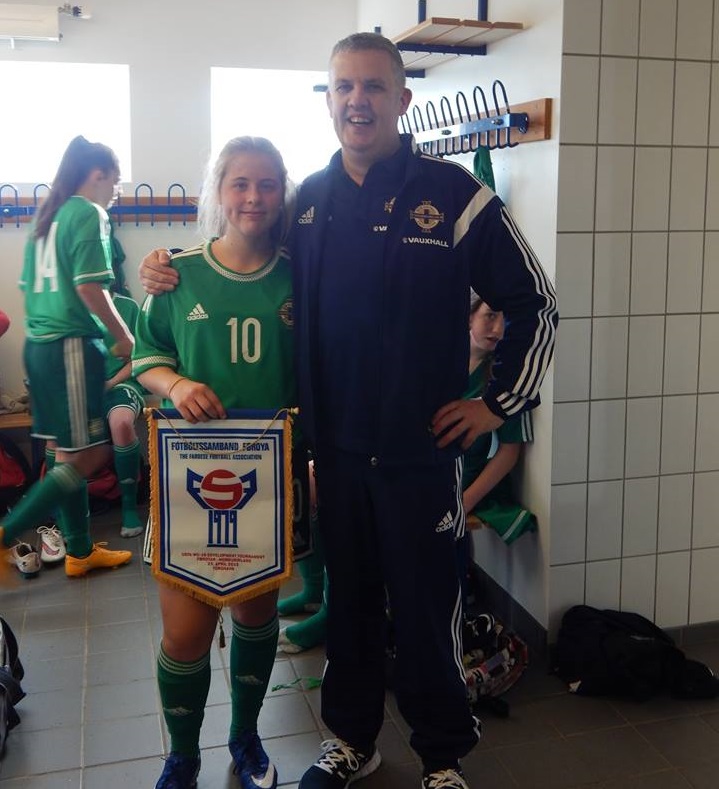 Straight from the first whistle the host side were put under pressure, which led to the opening goal from Rebecca Bassett within two minutes albeit with a helping hand from the Faroe Islands goalkeeper- allowing Bassett's strike from 20 yards to slip under her body into the net.

The Faroes regrouped after this early set back and their centre forward Hansen came close twice within the space of two minutes - first beating Callaghan to a long ball over the top but prodded wide, then Callaghan made a decent save to deny her low down to her right.

Abbie Magee came close to extending the lead, her effort hitting the post after a good ball from Megan Bell, and Megan Beattie fired wide from 25 yards, before Bassett again seized on a poor pass from the Faroes goalkeeper to fire home her second of the game.

Within two minutes Northern Ireland were 3 up - Aine Smyth turning brilliantly away from Andreason and firing an unstoppable strike into the roof of the net from 25 yards. Smyth again fired a shot from distance but was denied by a good save from the goalkeeper. Katie Martin went close after 32 minutes - seeing her header from a Smyth corner cleared off the line before Beattie fired over from 20 yards from the resulting clearance.

Northern Ireland started the 2nd half with real intent, and Bassett came close to completing her hat trick- seeing her header from Magee's cross hit the post and cleared away. Bassett was then again denied by the Faroes goalkeeper down at her near post - from the resulting corner, Mackin’s header was straight at the goalkeeper.  Anna Daly made a decent save from a long range Faroes effort, but before long it was Northern Ireland on the offensive again - Mackin again denied from a corner by the goalkeeper. Megan Bell then came close- her effort from 20 yards cannoning off the bar - Ruddy steering the rebound wide. This proved only brief respite for the Faroes girls - Ellie Rix meeting another Smyth corner at the back post with a clinical header to make it 5-0.

Smyth was denied by the goalkeeper from 20 yards, before Ruddy made it 5-0 with a low shot past the goalkeeper from the edge of the box. Mackin again came close from a corner- firing over the bar from 6 yards. Smyth’s corners were causing real problems for the home side - Bell seeing her header from another Smyth delivery fly over the bar, before Aine Smyth scored the goal of the day - setting off on a mazy run beating 3 defenders in the penalty area before firing emphatically past the goalkeeper.

Manager Alison Nicholl commented after the game: "Our girls thoroughly deserved their emphatic win today - they played good attacking football, creating many opportunities, and also kept a clean sheet. This gives us a good platform to build upon, heading into a difficult game with Iceland tomorrow." 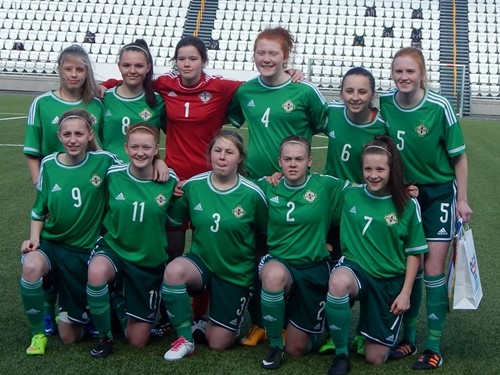 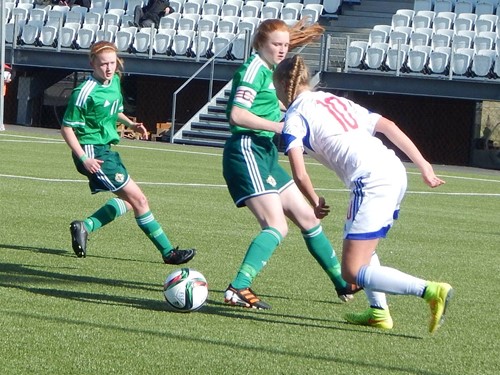 Northern Ireland in action against the Faroe Islands. 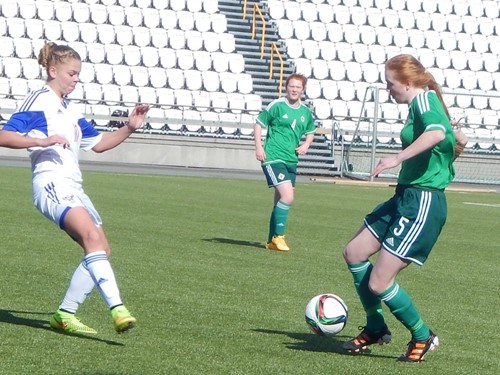 Action from the Faroe Islands v Northern Ireland game in the UEFA U16 Women’s Development Tournament in Torshavn.