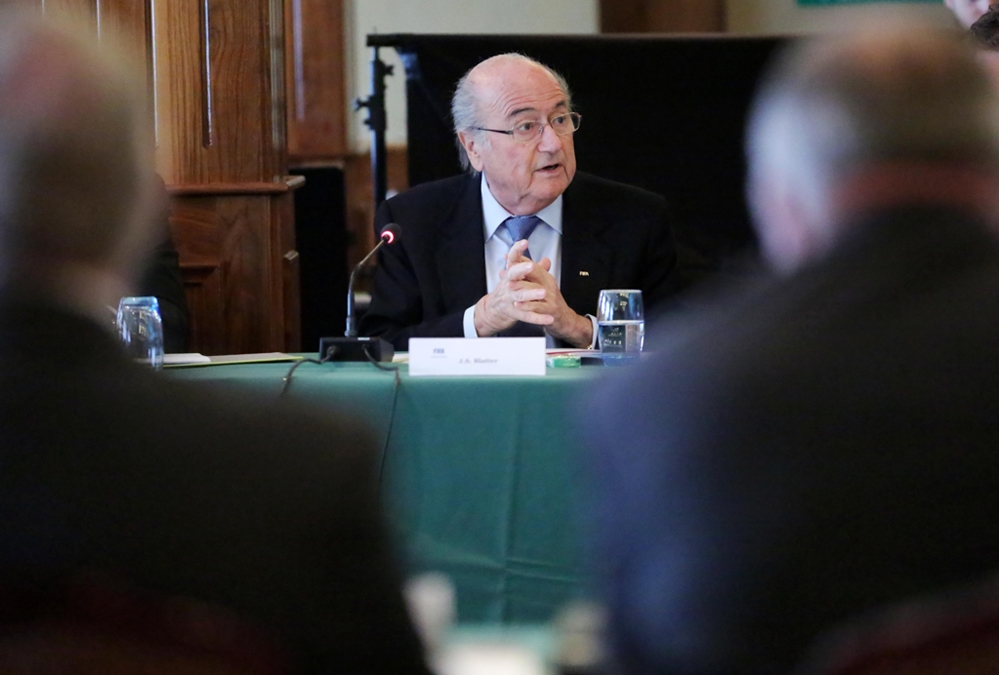 Launched in 2014, the app was a world first as never before had such a sports app been developed.

The app, which was developed in partnership with Jim Gamble, CEO of Ineqe, former head of the Child Exploitation and Online Protection Agency (CEOP) and founding chair of the Virtual Global Taskforce on child protection, is a ground-breaking development in safeguarding and is still the only app of its kind in the world.

Initially available to download on iTunes, the app can now be accessed by a wider audience with a new android version available on Google Play.

The app is aimed at creating greater awareness and understanding about safeguarding best practice and addresses contemporary challenges such as social media, bullying and transportation. Critically, it is to build confidence and competence so that adults involved in children’s football are better prepared to identify, respond to and report child protection concerns.

Furthermore, it now features a new and innovative safeguarding tool called Travel Tracker which allows parents, coaches, or officials who are driving someone else's child/children home, for example after a training session, to permit the child’s parent, carer or guardian to view and have oversight of their location for the duration of the child’s journey home.

The app is presented in two formats and users can choose to read or listen to the information.

Following the introduction of the iTunes app, the Department of Culture, Arts and Leisure (DCAL) worked with the Irish FA to configure the app so it could be accessible on android platforms.  DCAL contributed £10,000 of the £15,000 that was required to achieve this outcome.

Tonight, the Irish FA in partnership with DCAL hosted an event at Parliament Buildings, Stormont, at which Jim Gamble gave an overview and demonstration of the app and Sepp Blatter’s personal video message of support was shown.

Welcoming the development, Culture, Arts and Leisure Minister, Carál Ní Chuilín said: “I and my Department place great emphasis on the protection of young people and ensuring that they are in a safe environment when participating in sport.  I am therefore pleased that we have been able to support this ground-breaking project in a tangible way.

“This app not only promotes best practice in safeguarding children but provides helpful guidance on a range of issues such as social media, bullying and the transportation of children to and from games.

“I commend the IFA and Jim Gamble and his team on the development of this app and I look forward to exploring how it can be rolled out not only across other sports but across the full remit of my department’s activities and indeed further afield.”

Irish Football Association President, Jim Shaw said: “The Association takes its responsibility to safeguarding very seriously and recognises its duty of care to educate, inform and empower all its stakeholders who engage with children and young people, and who contribute to their sporting and personal development.

“The Irish FA’s safeguarding app was a world first when it was launched last year and it still remains the only app of its kind in the world; and this year the Association has been able to further develop the app with support from DCAL and I would like to take this opportunity to thank the Minister and her Department for their backing of the project.”

Jim Gamble, CEO of Ineqe added: “This app provides users with critical safeguarding information, and a range of one click functions, including the ability to highlight concerns with the child welfare team or to report direct to police or other child protection professionals.

“Parents or safeguarding professionals can watch, listen or read content and volunteers who drive children to or from games can allow parents or guardians the ability to monitor their journey. Simply put, this app educates and empowers users and by doing so will help make children and young people's participation in football safer.”

Anne Tiivas, Director of NSPCC’s Child Protection in Sport Unit said: “The international recognition by FIFA President Sepp Blatter of the safeguarding leadership demonstrated by the Irish FA in the development of this app is warmly welcomed by the NSPCC.  It is vital that those working and volunteering at the grassroots of football have access to child protection advice when they need it so that the children in their care can play sport, stay safe, enjoy and achieve their full potential.”

The app is available to download from iTunes and Google Play by clicking on the following links: 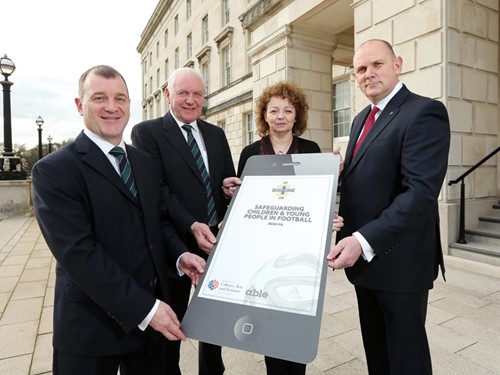 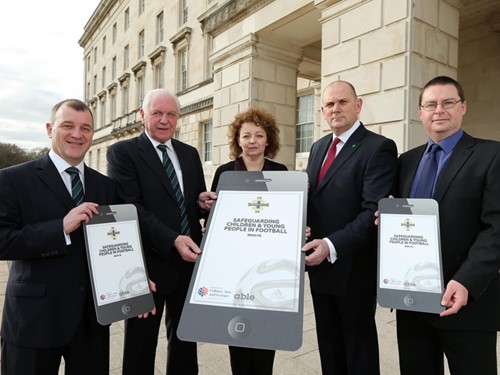