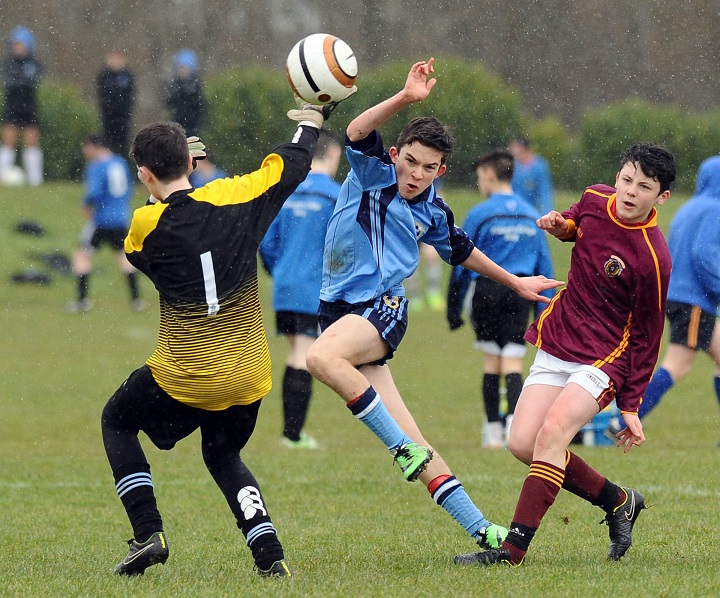 NISFA Chairman Gary Kennedy explains "We have school teams from every part of the Province coming together for what should be an enjoyable experience for all.  There are large grammar and secondary schools competing in the main competitions while the smaller schools will have their place in the proceedings as they participate in the Small Schools Under 13 and Under 15 cup finals. There will be plenty for everyone to see with 20 teams competing in 10 finals.  The NISFA is grateful to Ballymena Council for granting the use of the Showgrounds for this event.  We are also indebted to Inspiresport who are sponsoring the competitions this season.  Inspiresport has long been involved in the organisation of school sporting trips in England, Scotland and Wales and we are delighted that they have now brought their expertise to Northern Ireland.  Without the financial support provided by Inspiresport it would not be feasible to stage such a massive enterprise.

Our Lady and St Patrick's College Knock is going for the treble with teams in the Minor, Senior and Youth Cup Finals.  They face Belfast Boys Model in the Under 16 Senior Final for what should be an intriguing contest as they battle it out to lift the coveted Malcolm Brodie Trophy.  Holy Cross from Strabane will hope to dent OLSPCK's hopes in the Minor Cup Final while St Columb's College, with Under 18 Schools Internationals Ben Doherty and Conor McDermott in their side, will fancy their chances in the Youth Cup Final.

St Columb's also contest the Intermediate Cup Final against St Joseph's College.  Both schools in this final will represent Northern Ireland in the British Isles Championship which is being staged in Northern Ireland this year from 21 May to 23 May at Castlereagh.  St Columb's won the British Isles Championship 4 years ago  and no doubt they will hope for another successful challenge.  We wish both schools the best of luck as they take on the champions from England, Scotland, Wales and the Republic of Ireland" added the Chairman

The order of matches on Wednesday will be