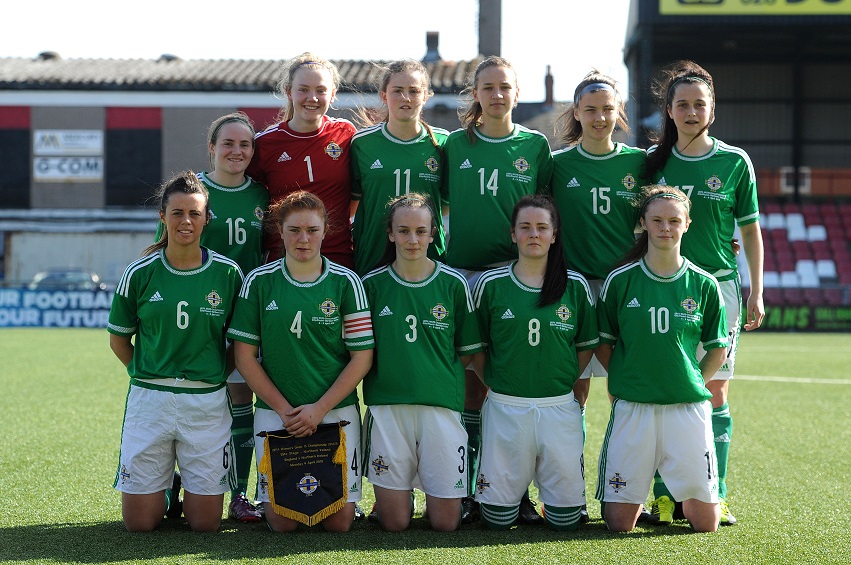 Both teams had chances in the early stages of the game and on 8 minutes Aimee Mackin made a fantastic run down the left wing, knocking the ball past England goalkeeper Caitlin Leach and crossing to Annie Timoney, who shot over the bar.

Two minutes later Mackin ran onto a long pass over the top, controlled the ball with her knee, held of a defender and struck it into the back of the net with a superb finish to give Northern Ireland the lead.

Jodie Brett equalised for England with a shot from inside the box on 27 minutes after a great pass from Natasha Flint.

Flint then scored two goals in three minutes as England stamped their authority on the game.

And it was Flint who was fouled inside the box on 36 minutes, winning England a penalty, which was slotted home by captain Leah Williamson.

Flint then secured a first half hattrick on 40 minutes as she fired a long range shot low to the right of goalkeeper Jacqueline Burns.

England extended their lead on 50 minutes when Sarah Mayling scored, injuring herself in the process and having to be substituted.

It was 7 – 1 on 59 minutes as Williamson ran down the right and crossed to Katie Zelem who made no mistake about the finish.

Amy McGivern received a red card for hand ball inside the box on 86 minutes and Williamson dispatched her second penalty of the day.

Northern Ireland now face Norway at Solitude on Thursday 9 April. Kick-off is at 3pm and admission is free of charge. 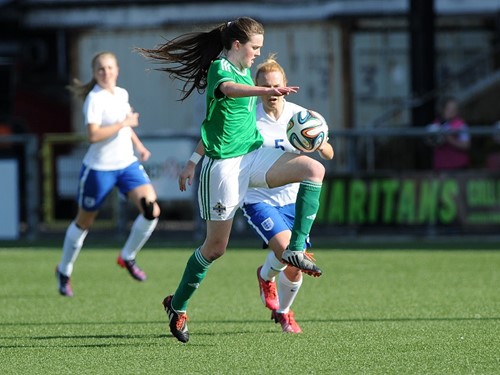 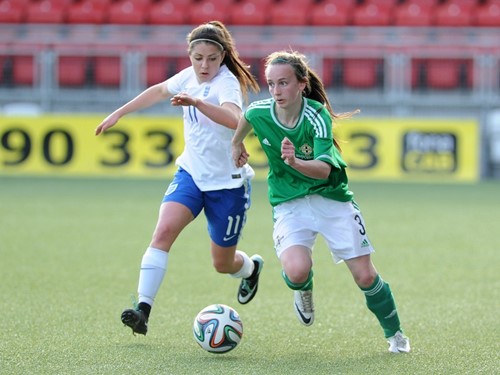