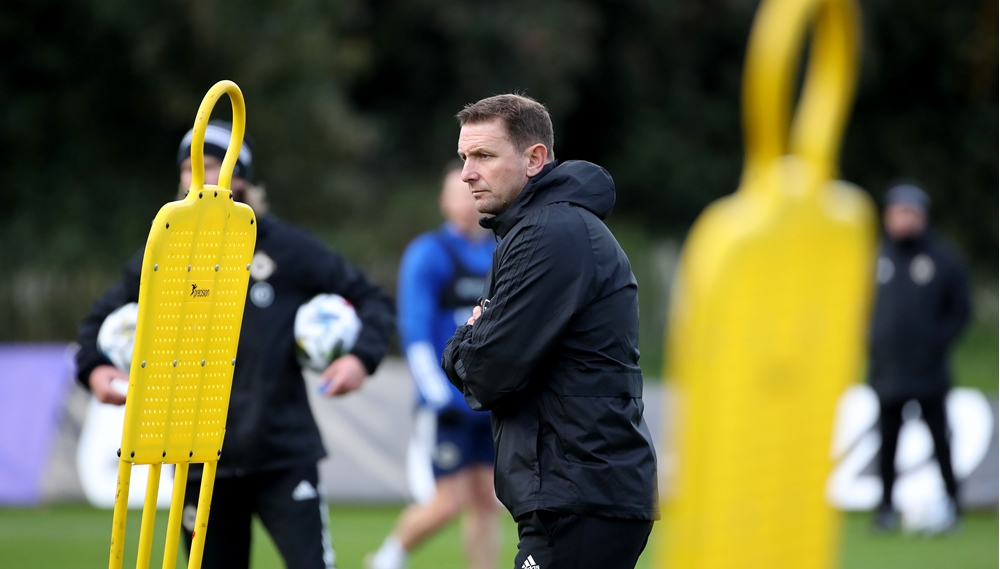 Northern Ireland manager Ian Baraclough has urged members of his squad to “be ready” to face Norway in Oslo later this week.

The Norwegians go in to the Nations League match against the boys in green and white on Wednesday night in buoyant mood after defeating Romania in League B Group 1 last night.

Norway lost to Serbia in a Euro 2020 Path C play-off semi-final last Thursday but they bounced back in style by putting four past the Romanians in Oslo, with the dynamic Erling Braut Haaland netting a hat-trick.

Northern Ireland, of course, won their Euro 2020 Path B play-off semi-final against Bosnia and Herzegovina last Thursday, however they remain rooted to the bottom of B1 following their 1-0 loss against Austria at the National Football Stadium at Windsor Park last night.

At today’s team training session Baraclough admitted some players were tired following their exertions in Sarajevo and Belfast but he insisted both the players who had game time against the Bosnians and Austrians and those who did not have got to be ready to face the Norwegians in Oslo.

“I’ve not picked the team yet. I’ll be formulating that over the next 48 hours and everyone has got to make sure they are ready,” he said.

The Northern Ireland boss is expecting another tough game against Norway, who defeated his side 5-1 in Belfast last month.

He said: “It was tough at home and it will be tough away from home off the back of a really good result for them. There was probably a sting in the tail after they were beaten in the play-off by Serbia.

“We don’t know what team they are going to play but we’ve got to be ready for that and mentally prepared as well.”