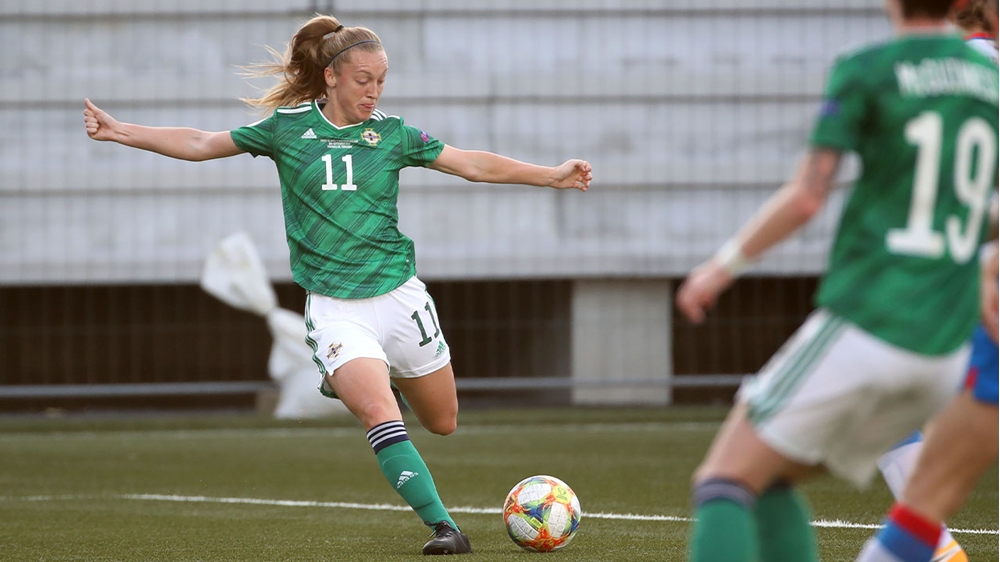 Sheffield United Women goalkeeper Becky Flaherty has returned to the Northern Ireland fold ahead of next week’s UEFA Women’s Euro 2022 qualifier away to Belarus.

Flaherty, who had a long-term hip injury but has now fully recovered following surgery, last played for her country when producing heroics to thwart Wales in Belfast in a Euro qualifier last November. That game ended 0-0.

She is one of several changes to senior women’s team manager Kenny Shiels’ squad ahead of the match in Minsk next Tuesday (27 October).

Also back in the group after a lengthy absence is defender Natalie Johnson, who also plays for Sheffield United Women in the FA Women’s Championship. Johnson was last capped in March 2019.

Linfield Ladies defender Kelsie Burrows, who missed last month’s successful trip to the Faroe Islands (6-0 win) due to injury, has returned to the panel, too.

And Shiels has brought back Caitlin McGuinness, who joins her sister Kirsty in the squad. The striker sisters have been setting the Danske Bank Women’s Premiership alight this season with their scoring exploits for Sion Swifts Ladies. They have netted 12 goals between them in just five league outings. 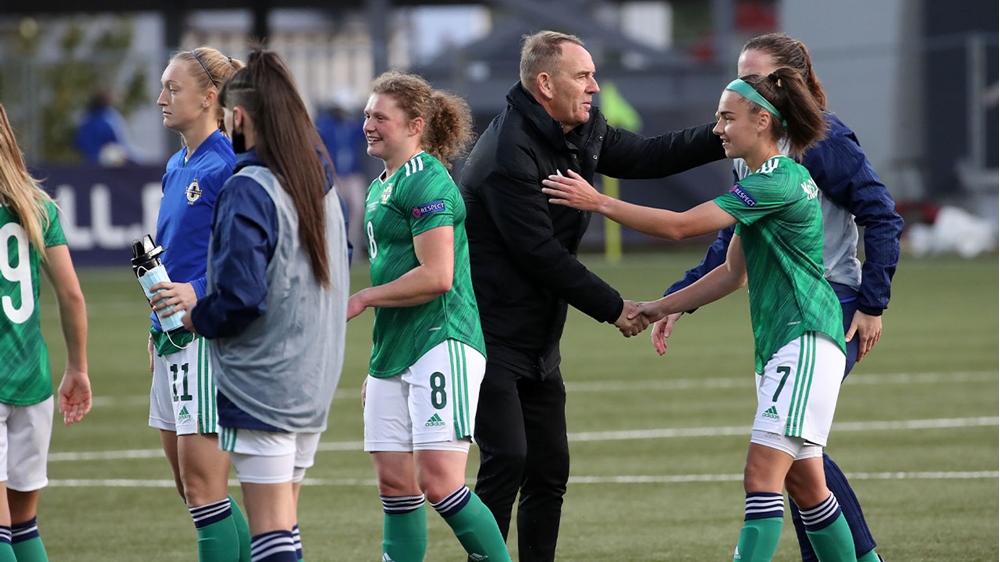 Experienced midfielder Marissa Callaghan is included in the 21-strong squad, too, after missing last month’s game against the Faroese for personal reasons.

Young midfielder Danielle Maxwell has joined the group as well. The 18-year-old is one of five Glentoran Women players in the panel.

Maxwell last appeared for the senior women’s team at the Pinatar Cup tournament in Spain earlier this year. She replaces Glens team-mate Caragh Milligan, who had to withdraw from the squad over the weekend due to injury.

After next week’s match, Northern Ireland are set to take on Belarus at home on 27 November before facing Faroe Islands at home on 1 December - both matches will be at Seaview - to complete their Group C qualification campaign.

Shiels’ side were originally meant to play Belarus away in Group C back in April, and the home qualifiers against Belarus and Faroe Islands in June, but all three matches were postponed due to the Covid-19 pandemic.

If they win all their remaining matches in the group then Northern Ireland will have a chance of competing for a place at Women’s Euro 2022, which is being staged in England.

Nine group winners, plus three runners-up with the best records, will automatically qualify for the tournament. The other six runners-up will play off for the remaining three berths in the 16-team finals. 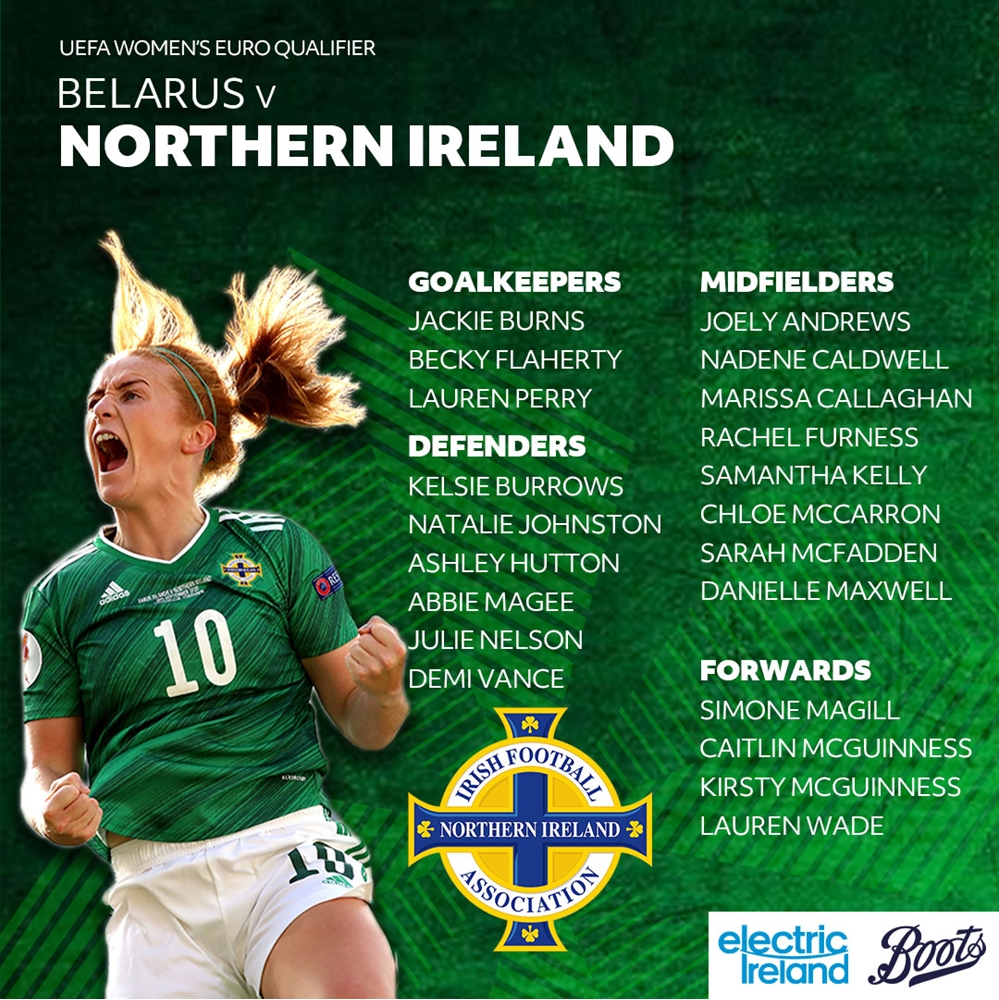