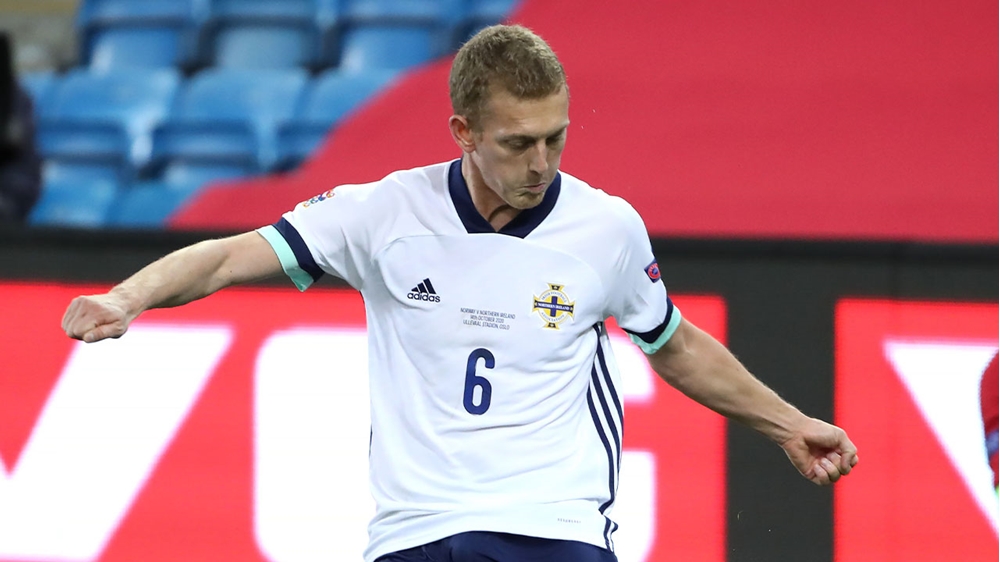 Midfielder George Saville made it two goals in two games after opening the scoring for Middlesbrough in their 1-1 draw at Cardiff City at the weekend.

After chalking up his first goal of the season against Bristol City in midweek, Saville followed it up with a 36th minute header at Cardiff to already equal his goal tally for the whole of last season.

The 27-year-old’s versatility has meant he has not always played in his favoured midfield position since arriving from Millwall, however, this term Boro boss Neil Warnock has given him a more forward-thinking midfield role and Saville believes he is flourishing because of this.

“This is not me complaining but I’ve played in various positions for different managers here, Boro fans have seen me play left-back, left wing-back, left midfield, holding midfield.

“I’ve had a bit of momentum this season and the manager is showing good faith, all I can do is try and repay him and show what I'm good at.”

In the Premier League, Stuart Dallas, Jamal Lewis and Jonny Evans all got another much needed full 90 minutes under their belts with the crucial play-off final against Slovakia now less than three weeks away.

Another player gaining some vital game time was striker Kyle Lafferty who also played the full ninety for Serie B outfit Reggina 14 in their 2-2 away draw at Pordenone.

Elsewhere, Hull City striker Josh Magennis provided an assist for the Tigers goal in their surprise 2-1 home defeat to Peterborough United, while there were also assists for Michael Smith, Matty Lund and former under-21 international Shea Gordon.

Another Northern Ireland player to get his name on the scoresheet over the weekend was another former under-21 international Caolan Lavery, who grabbed himself a brace as Walsall drew 2-2 with League Two newcomers Barrow AFC.

Meanwhile in Scotland, Steven Davis and Jordan Jones helped Rangers extend their lead at the top of the Premiership to six points after a 2-0 win at home to Livingston, it was not such a good afternoon for goalkeeper Trevor Carson though as he had to leave the field early in the first-half of Motherwell’s comprehensive 4-0 success at home to Ross County.

The 32-year-old from Killyleagh suffered a knee injury and had to be replaced in the 23rd minute of the contest with Motherwell boss Stephen Robinson admitting he was fearing the worst.

“We don’t know how serious the injury is yet,” said Robinson. “He’s going to have a scan later tonight or Monday morning.

“I'm just hoping it’s not as bad as first feared, but it doesn’t look great for Trevor.”

Finally, Northern Ireland midfielder Ethan Galbraith scored the winning goal from the penalty spot for Manchester United U23’s against Everton, while 17-year-old defender Sean Stewart made his debut for Norwich City’s U23 side which lost 2-0 to Leeds United yesterday.