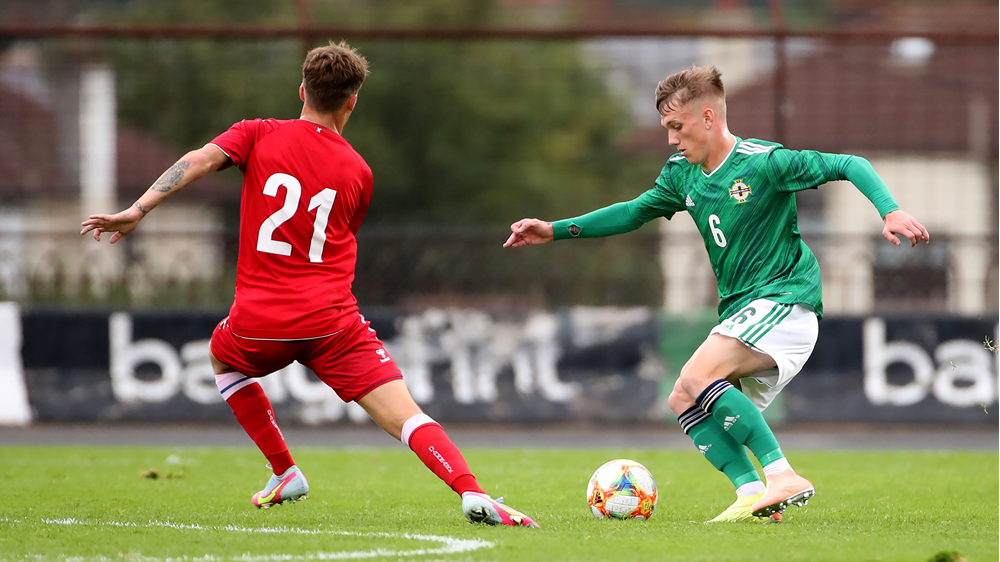 Northern Ireland U21 caretaker manager Andy Crosby has named a 23-strong squad the home Euro qualifiers against Finland and Ukraine over the next 10 days.

Crosby’s team meet the Finns at Ballymena Showgrounds on Friday (9 October) before facing the Ukrainians at the same venue next Tuesday (13 October). Both behind-closed-doors games are scheduled to kick off at 7.45pm.

In their seven U21 Euro 2021 qualifiers to date, the boys in green and white have managed one victory, three draws and suffered defeats home and away to Denmark U21s and a defeat away against Romania U21s. Last month they secured a 2-0 victory away to Malta and narrowly lost 1-0 to the high-flying Danes at Ballymena Showgrounds.

Barrow defender Bobby Burns - now on loan at Glentoran - and Livingston defender Ciaron Brown, who have both been part of senior men’s squads, are back in the panel for the two Group 8 matches.

Also included is Linfield striker Shayne Lavery, who was not named in the original panel for last month’s U21 Euro qualifiers but played against the Danes after initially being included in the senior squad for the UEFA Nations League matches against Romania and Norway.

There are three newcomers in Crosby’s group this time. They are midfielders JJ McKiernan (Watford) and Amrit Bansal-McNulty, who is on QPR’s books but is currently playing for Serie C side Como in Italy, and Brighton forward Ben Wilson, who previously played for Northern Ireland’s U19s.

Stepping up is Ali McCann (St Johnstone), who has been given a call-up to the senior squad for their triple header during the current international break, while Chris Gallagher (Glentoran), Kyle McClean (Linfield), Christopher Conn (Burnley) and Harry Robinson (Motherwell) are not included this time around.

Striker Lee Bonis (Portadown) and defenders Aaron Donnelly (Cliftonville) and Ross Larkin (Linfield), who were new to the set-up in September, have retained their places in the group.

The Northern Ireland U21 squad for the games against Finland and Ukraine is as follows: 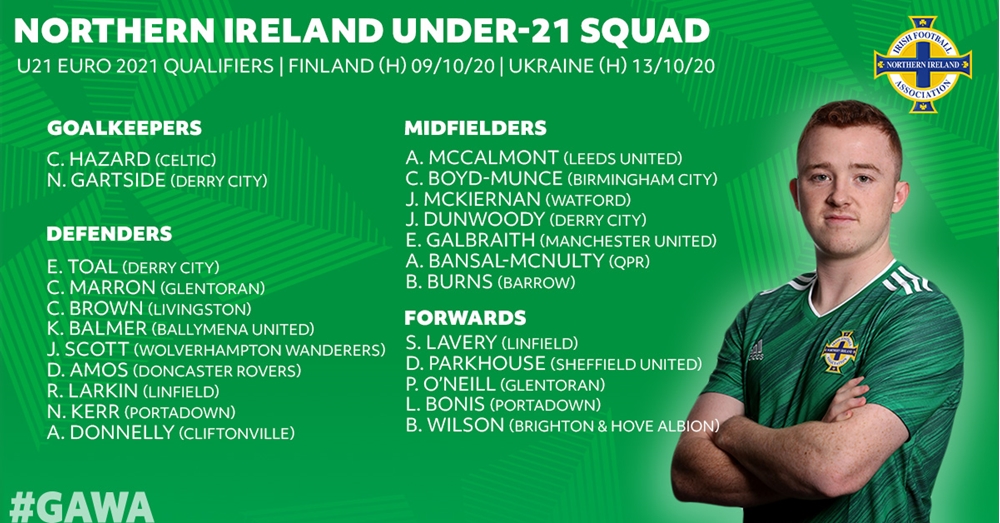