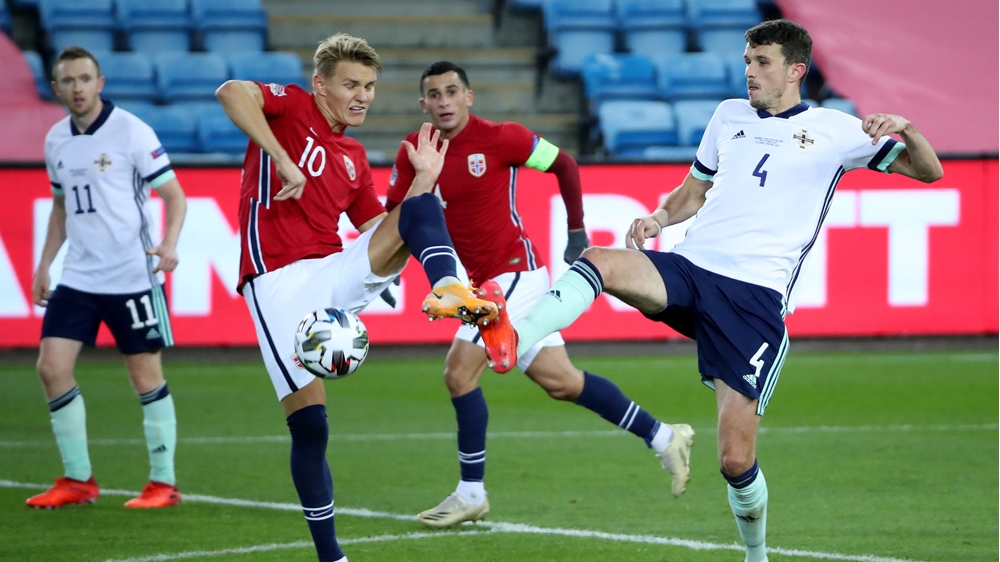 Northern Ireland were unlucky to lose out to Norway in a UEFA Nations League encounter in Oslo on Wednesday night.

An own goal by Stuart Dallas separated the teams in a tight encounter at the Ullevaal Stadium. It was watched by 200 fans at the 27,000-capacity venue.

Ian Baraclough’s side, playing their third match in seven days, produced a solid performance and were unfortunate not to take a share of the spoils.

They had the better of the chances in the first half, although Norway largely bossed the second half.

Ian Baraclough made 10 changes from the side that lined out against Austria on Sunday as he went in search of a first win in League B Group 1.

After the victory against Bosnia and Herzegovina in the Euro 2020 play-off semi-final last Thursday and the 1-0 defeat to Austria in League B1, he was looking for a morale-boosting performance ahead of next month’s Path B play-off final against Slovakia in Belfast – and he got it despite the final scoreline.

Only five of the Norwegian starting eleven appeared from the start in the reverse fixture in League B1 last month when the Norwegians blew the boys in green and white away and ran out 5-1 winners in Belfast.

This time, however, Northern Ireland gave a much better account of themselves as Baraclough tapped into the deep reserves of his squad.

Trevor Carson, who replaced Bailey Peacock-Farrell in the team after he was injured during the warm-up, was called into action after just two minutes when he pushed away an Erling Braut Haaland shot. And Tom Flanagan was on hand to clear the loose ball away as it spun towards goal.

A minute later a fine flick-on from Josh Magennis fell into the path of Conor Washington and his snapshot was pushed around the post by Norwegian keeper Andre Hansen.

Jonny Evans, captain for the night, fed his brother Corry inside the area but the midfielder blasted the ball over the top from an angle.

George Saville, who sat out the Austria game, made an important intervention in the eighth minute when he blocked a goalbound Stefan Strandberg blaster on the edge of the area.

In the 12th minute Washington turned provider for Magennis as he raced towards goal, however his shot was straight down Hansen’s throat.

Six minutes later the two strikers combined again. Washington played in Magennis and he was once again thwarted by Hansen diving low to his left to palm away the striker’s drive.

Norway, who defeated Romania 4-0 in B1 on Sunday, then pushed forward and Haaland scooped a shot wide on 21 minutes before flicking the ball straight at Carson soon after.

Next to have a go was Mohamed Elyounoussi, who shot over the top, and Corry Evans made a fine interception as Haaland tried to keep the home side moving forward. And right at the end of the half left back Birger Meling, who was a constant threat down the left, lofted a ball to Haaland but his header was straight at Carson.

Jonny Evans left the action at the interval to be replaced by Conor McLaughlin, while Corry Evans took the armband.

Norway piled forward after the restart and Carson produced good stops from a Josh King drive and an Elyounoussi effort. In the 57th minute Strandberg blasted a shot over the bar and seven minutes later Carson smothered a low Meling cross.

The home side, who had been enjoying plenty of possession, made the breakthrough in the 66th minute thanks to the OG. Martin Odergaard fired in a corner and substitute Dallas was unlucky to inadvertently steer the ball past his own keeper.

Northern Ireland’s first decent chance of the second half came in the 77th minute when Magennis teed up Corry Evans but his shot from the edge of the area drifted wide.

Steven Davis came on to win his 122nd cap after 84 minutes and was quickly on the ball, however Northern Ireland could not force an equaliser in the Norwegian capital. 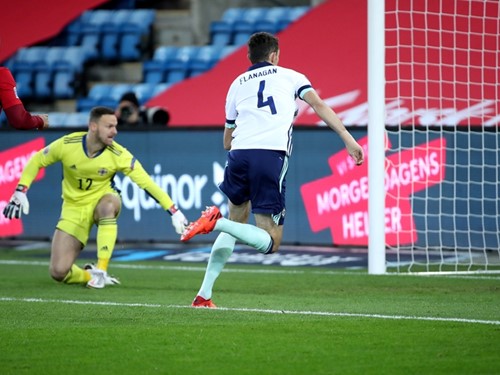 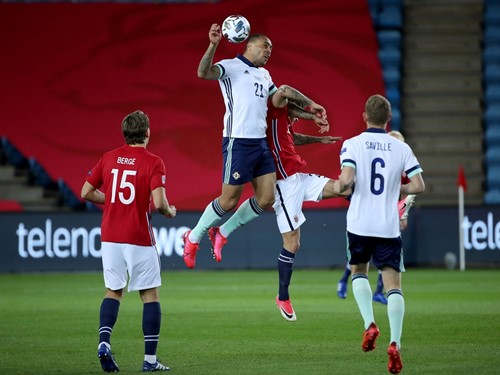 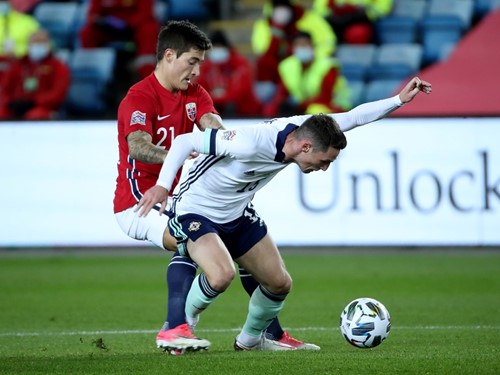 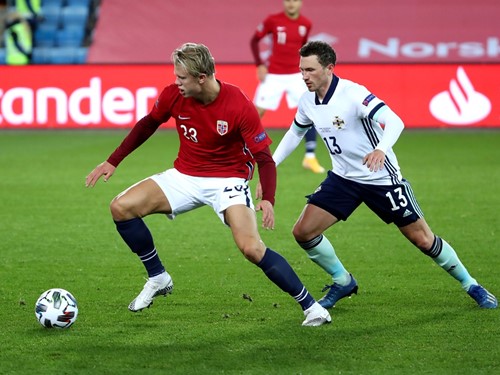 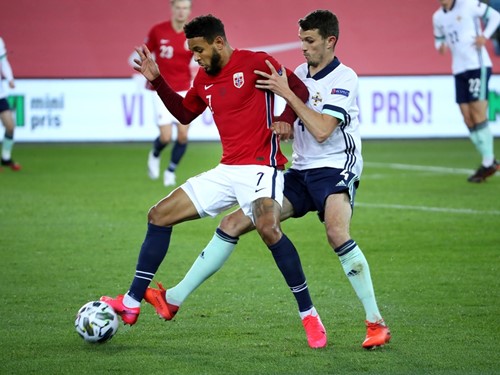 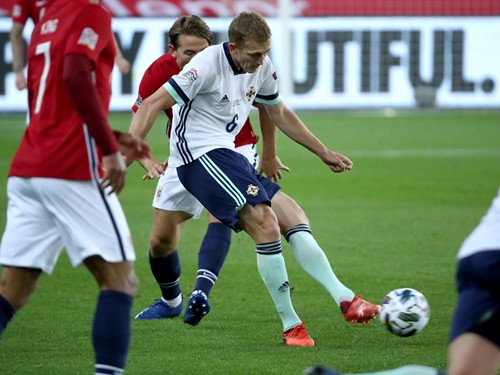 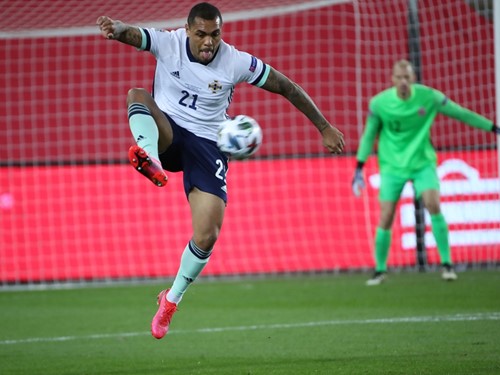 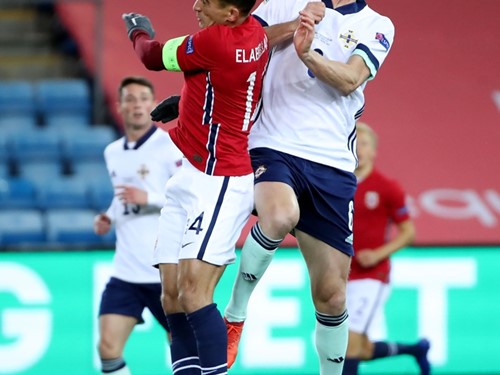 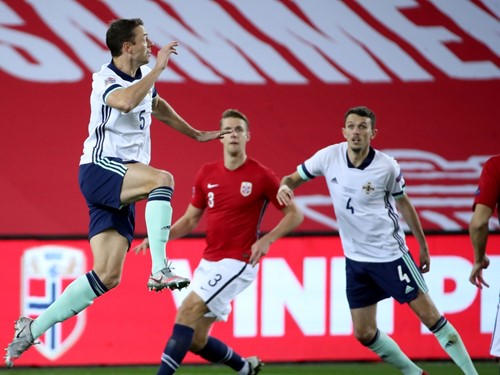 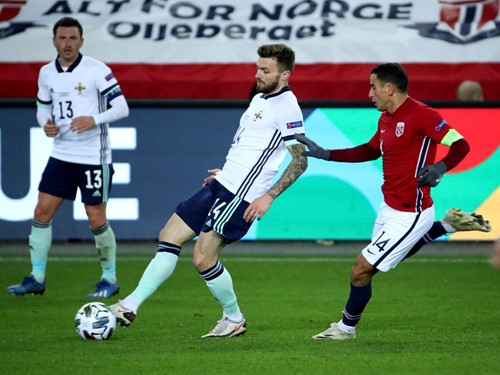 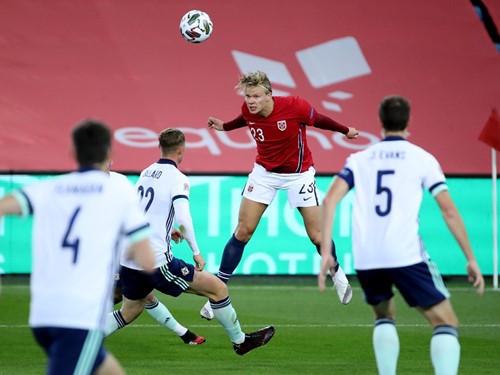 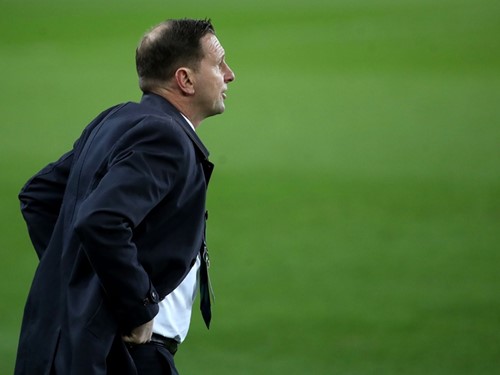 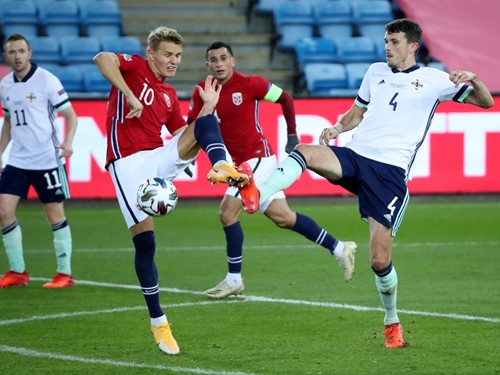