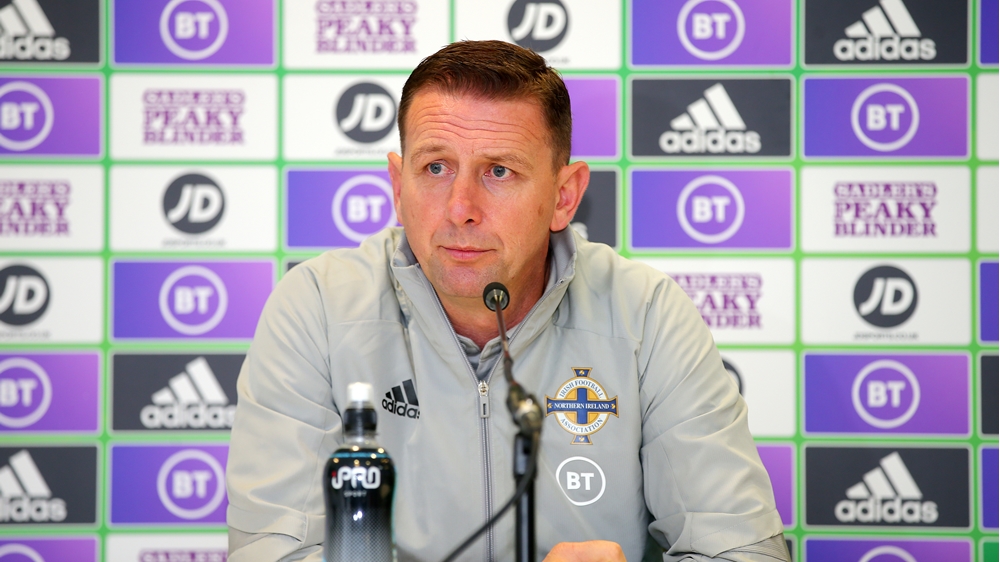 Ian Baraclough has largely stuck with a tried and tested squad ahead of next week’s UEFA Euro 2020 play-off match against Bosnia and Herzegovina.

The Northern Ireland manager has chosen a 26-strong panel for the Path B Play-Off last four game in Sarajevo on Thursday (8 October) and for the UEFA Nations League matches against Austria in Belfast on 11 October and Norway in Oslo on 14 October.

The only new face in the group is St Johnstone midfielder Alistair McCann, who makes the step up from the Under-21s. It’s his first senior call-up.

Jonny Evans (Leicester City) returns to the fold after missing last month’s Nations League matches against Romania and Norway through a combination of personal reasons and injury.

Sunderland defender Tom Flanagan is also named in the squad for the triple header, having pulled out of the last camp for personal reasons.

Aberdeen winger Matthew Kennedy is out of the panel due to injury, while Oxford United winger Joel Cooper, the only uncapped player along with Ali McCann, has retained his place in the group.

The game against the Bosnians could see captain Steven Davis become Northern Ireland’s most capped player. He equalled Pat Jennings’ record of 119 caps in the defeat to Norway last month.

If Northern Ireland win the match in Sarajevo next week they will be able to look forward to a play-off final in Belfast on 12 November where they will face the winners of the other Path B last four match between Slovakia and Republic of Ireland.

Meanwhile, Ian Baraclough will be looking to get more points on the board when Northern Ireland face Austria and Norway in the Nations League. Northern Ireland currently sit bottom of League B Group 1 with one point following the 1-1 draw away to Romania last month, which was followed by the 5-1 loss to the Norwegians in Belfast.

All three matches look set to be played behind closed doors as a result of the ongoing Covid-19 pandemic, however the Irish FA is hopeful some spectators may be allowed to attend the Austria match at the National Football Stadium at Windsor Park. 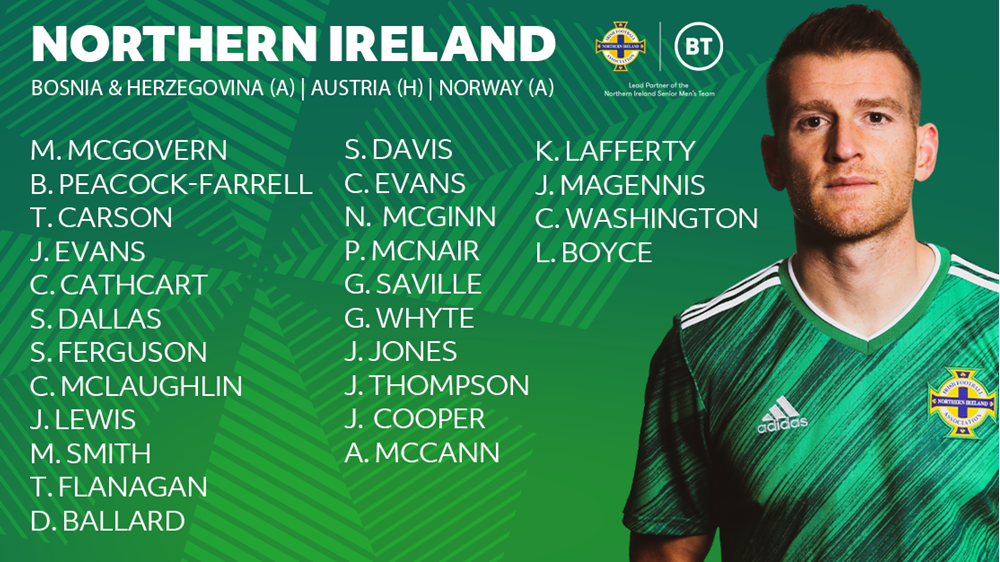