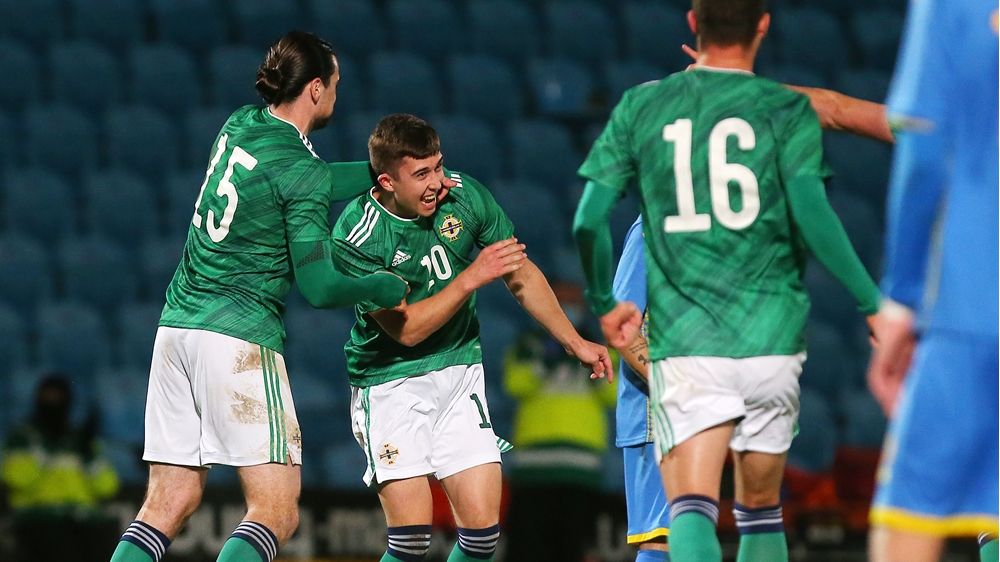 A superb overhead kick from Paul O’Neill fired Northern Ireland’s Under-21s to a fine 1-0 victory against Ukraine U21s in Ballymena this evening.

Andy Crosby’s team were the underdogs going in to the U21 Euro 2021 qualifier at the Showgrounds, however they more than matched the Ukrainians and deserved the win.

O’Neill produced his piece of magic on 61 minutes when he latched on to a Ciaron Brown punt towards the six-yard area.

It was the striker’s third goal in two games for the U21s. He scored a brace in Ballymena last Friday when Crosby’s charges lost 3-2 to Finland.

Today’s game at the Showgrounds in Qualifying Group 8 saw Northern Ireland produce nine goal attempts, with three on target, compared to Ukraine’s five. The visitors had three efforts on target.

Northern Ireland defender Eoin Toal forced a save out of Ukraine keeper Anatolii Trubin in the first minute and three minutes later midfielder Amrit Bansal-McNulty, making his debut for the U21s, had an effort saved by Trubin. Then fellow midfielder Jake Dunwoody fired an effort wide before Toal had a shot blocked.

Towards the end of the first half defender Caolan Marron steered an effort wide of the target, while down the other end Serhiy Buletsa had a strike blocked before Danil Skorko’s shot drifted past the post.

Hazard produced a good stop from Artem Bondarenko after the restart and then both Marron and Danny Amos had goal attempts in quick succession.

Dunwoody shot wide before O’Neill produced his sparkling finish. Midfield playmaker Ethan Galbraith lofted in a free-kick which was nudged towards goal by Brown and O’Neill did the rest from eight yards.

Northern Ireland then had to be on their toes to repel the Ukrainians during what was a scrappy period in the match.

Bansal-McNulty, who had a fine game, was replaced by JJ McKiernan in the 76th minute, while Lee Bonis came on for O’Neill.

Ukraine did not manage to create another clearcut chance until the 91st minute when substitute Bogdan Lednev forced Hazard into a decent stop – and that was the last meaningful action of the game.

Northern Ireland now have nine points from nine matches in Group 8 and are fifth in the group just a point behind both Ukraine and Finland, who were beaten by Denmark earlier today. The win for the Danes saw them win the group and qualify for next summer’s finals.

The final game in the qualifying campaign for Crosby’s charges will see them take on the Ukrainians in Kovalivka on 17 November. 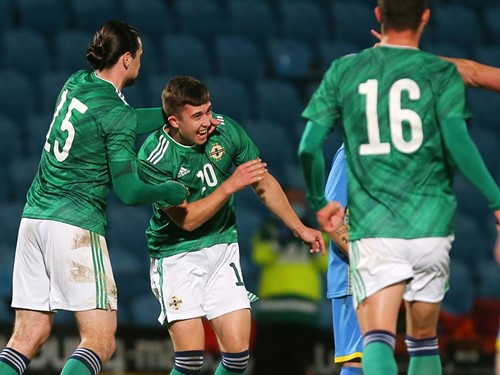 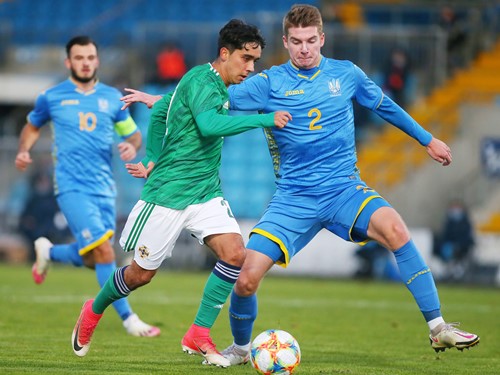 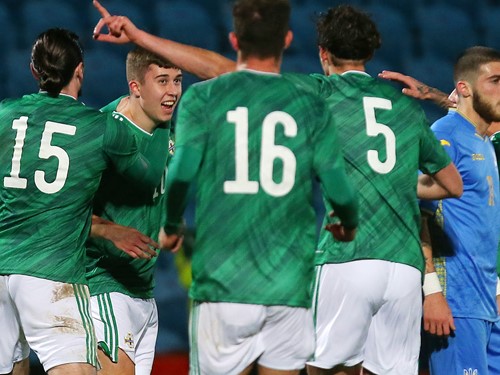 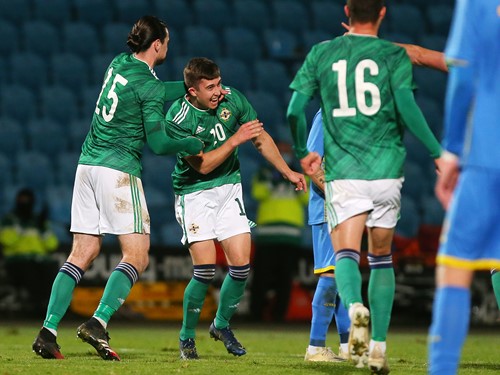 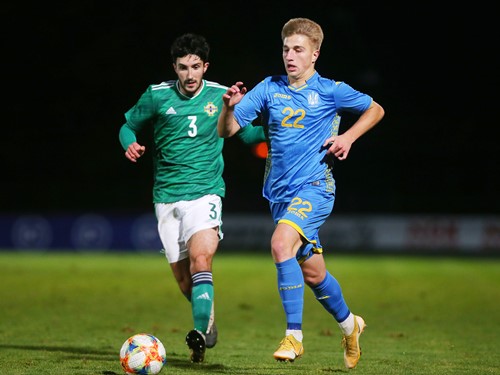 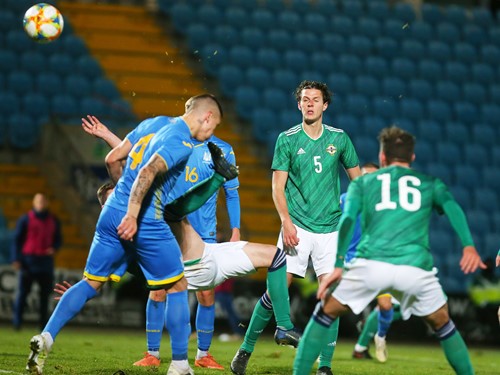