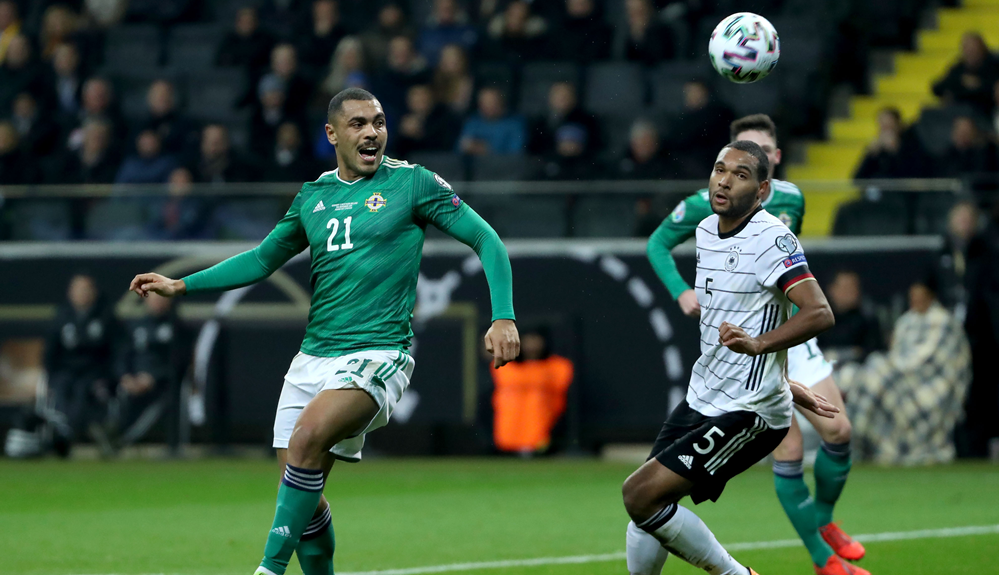 Striker Josh Magennis scored his second goal of the season as he helped Hull City move into second-pace in League One following a comfortable 3-0 win at Rochdale at the weekend.

The 30-year-old, who is now in his second season at the KCOM Stadium, weighed in with an assist for the Tigers' second goal before sealing the victory two minutes later when he headed home a George Honeyman cross.

On Friday night Michael Smith and Liam Boyce got Hearts' league campaign off to a flying start when they both scored in the emphatic 6-2 win over Dundee at Tynecastle.

Former Ballymena United full-back Smith took just four minutes to put the home side in front with Boyce getting his name on the scoresheet after converting a 34th-minute penalty.

In the Premier League in England, there was disappointment for Jamal Lewis who played in Newcastle United’s 4-1 defeat at home to Manchester United while Jonny Evans recovered from his injury against Norway on Wednesday evening to play in Leicester City’s 1-0 defeat at home to unbeaten Aston Villa.

Meanwhile in the Championship, Paddy McNair and George Saville both played the full 90 minutes in Middlesbrough’s goalless draw at home to early pacesetters Reading while Jordon Thompson, Shane Ferguson and Craig Cathcart were all used substitutes for the respective clubs over the weekend.

After being beset by injury recently, midfielder Corry Evans started his first game of the new season for Blackburn Rovers who surprisingly lost 1-0 at Ewood Park to struggling Nottingham Forest.

There was an instant Charlton Athletic debut for on-loan striker Paul Smyth in the Addicks League One success over Wigan Athletic while Conor McLaughlin was given a first start this term by Sunderland who won 2-0 at Swindon Town to remain unbeaten after five league outings this season.

Elsewhere there were assists for Oldham Athletic midfielder Alfie McCalmont, who is on-loan at Boundary Park from Leeds United and St Johnstone’s Alistair McCann.

After breaking Pat Jennings' long-standing international appearance record last week Steven Davis was back on club duty with Rangers who recorded a memorable 2-0 win over Celtic to go four points clear at the top of the Scottish Premiership over their Glasgow rivals.

The Scottish Women’s Premier League got underway on Sunday and defender Demi Vance (pictured, below) was among the scorers as Rangers got their campaign off to a terrific start with a crushing 5-1 victory at home to Hearts. 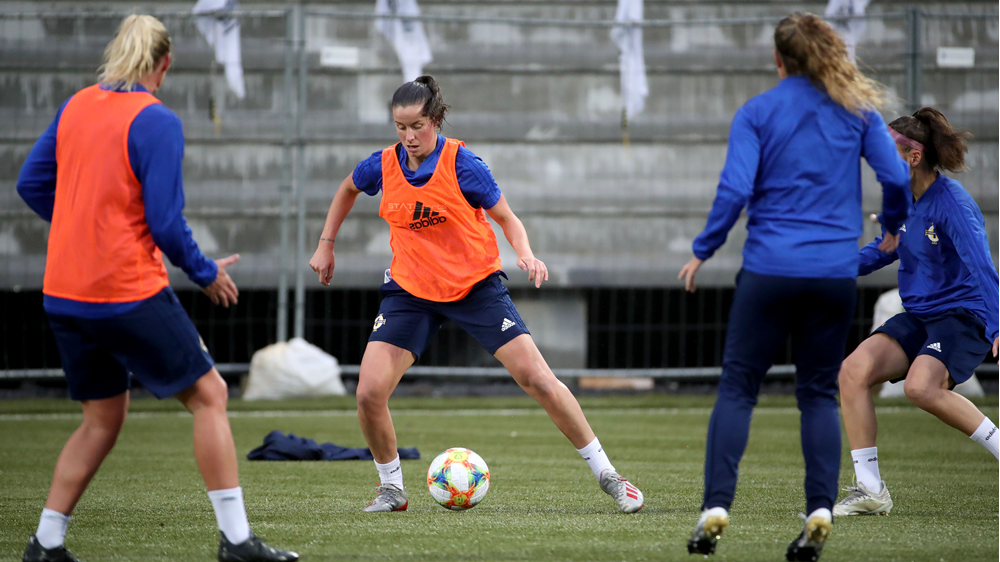 Forfar Farmington included Northern Ireland trio Lauren Perry, Jade Lindsay and Billie Simpson in their side for the 4-2 win over Motherwell, while Lauren Wade, who has been called up into the Northern Ireland squad for the Euro qualifier with Belarus, was part of the Glasgow City team that defeated Celtic 2-0.

Finally, in the Danske Bank Premiership there were opening day goals for under-21 internationals Kofi Balmer, who scored the winner for Ballymena United at Coleraine and Portadown striker Lee Bonis, who was on target in the 4-2 success against Mid-Ulster rivals Glenavon at Mourneview Park.