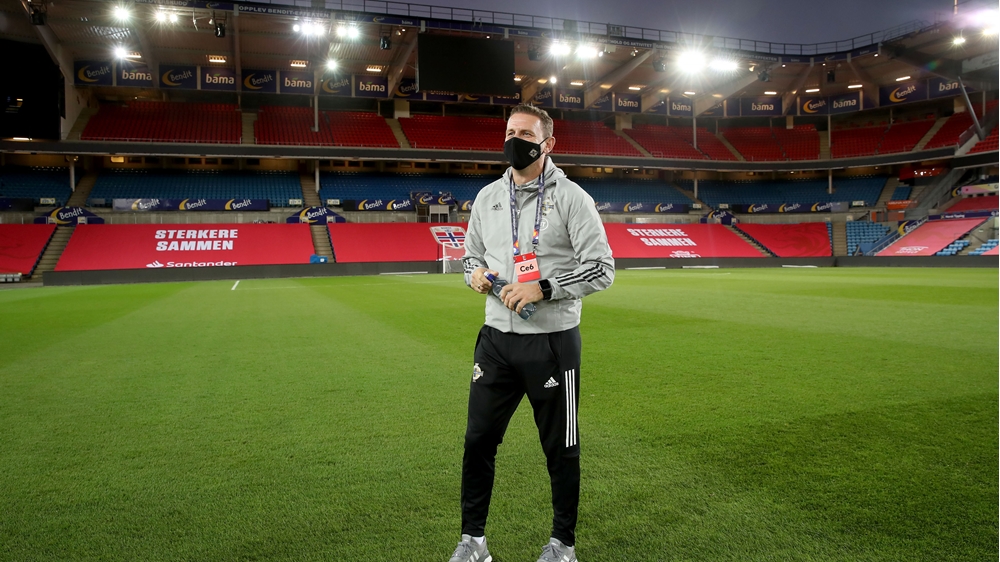 Ian Baraclough is expected to ring the changes once again as Northern Ireland prepare to play their third match in seven days.

Sixteen different players featured in the starting line-ups that faced Bosnia and Herzegovina in the Euro 2020 play-off semi-final last Thursday and Austria in the UEFA Nations League on Sunday.

And the Northern Ireland manager is set to shuffle the pack once again in Oslo tonight when his side face Norway in the Nations League (7.45 start UK time).

In the reverse fixture in League B Group 1 last month the Norwegians blew the boys in green and white away and ran out 5-1 winners in Belfast.

Ian Baraclough has hinted he will be resting some of his more established players tonight as he goes in search of a morale-boosting performance ahead of next month’s Path B play-off final against Slovakia in Belfast.

Definitely missing is Newcastle United defender Jamal Lewis, who has returned to his club for treatment on a leg injury.

George Saville, who sat out the 1-0 defeat against Austria at the National Football Stadium at Windsor Park at the weekend, is expected to return to the starting line-up.

He faced the Norwegian media at the Ullevaal Stadium in Oslo last night and said both he and his team-mates are ready to perform once again in the third and final part of an unprecedented triple header.

He said it was always an honour to play for your country and he insisted the team would give it their all in the Norwegian capital.

Norway go in to the match against the boys in green and white in fine fettle after defeating Romania in Nations League B1 on Sunday.

They lost to Serbia in a Euro 2020 Path C play-off semi-final last Thursday but they bounced back by putting four past the Romanians in Oslo, with the dynamic Erling Braut Haaland notching a hat-trick.

At the press conference in the stadium last night Ian Baraclough said Haaland, who scored a double against his side last month, was a special talent, however he added that the Norwegians have good players all over the pitch.

He stressed his team would be doing everything in their power to bounce back from their 1-0 defeat to Austria on Sunday.

The Northern Ireland boss revealed he would “freshen things up” against Norway and said his squad were “determined” to get a good result at the Ullevaal Stadium.