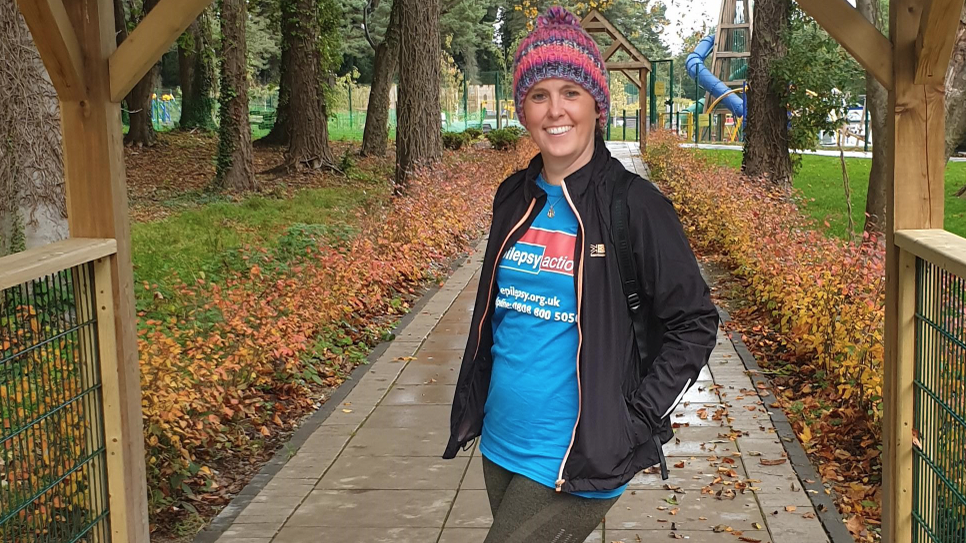 Northern Ireland and Crusaders fan Angela McKibbin is pounding the pavements this month to raise money for a charity close to her heart.

Angela, who works in the Corporate Services department at the Irish FA, had suffered from epilepsy for most of her life before going through brain surgery in May 2019.

Throughout her epilepsy journey she has received support from Epilepsy Action, whose mission is to provide a better life for everyone affected by epilepsy.

At the end of last month Angela was 511 days seizure free and she decided she wanted to raise some funds for the charity through a sponsored walk.

And the challenge she set herself was to walk 51.1 miles during October in support of Epilepsy Action. Her initial target was to raise £150, however she has smashed that. To date she has collected nearly £1,900.

Angela explained: “When I started this challenge for such a worthy cause little did I know that I would have reached such a great total by this stage. To everyone that has wished me well and sponsored me I am forever grateful.

“I was originally going to do this on my own but my sister, Sharron, has walked every step of the way with me and on my last route there'll be a wee group of us, so I am very much looking forward to it.”

Her first walking route took her from Carrickfergus to Belfast and she has decided her last route – this weekend - will be between the NIFL Premiership grounds in Belfast, starting at Crusaders (her home team) and on to Cliftonville, Linfield and Glentoran before completing the walk back at Seaview.

If you would like to support Angela’s efforts you can do so via her JustGiving page using this link: www.justgiving.com/fundraising/Angela-McKibbin5