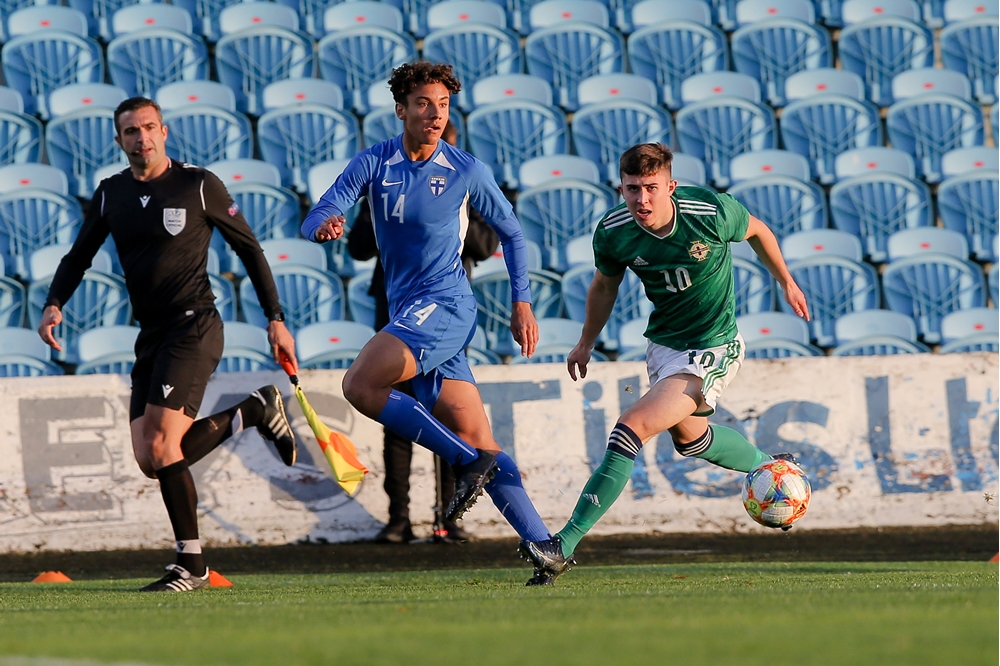 Paul O’Neill netted twice for Northern Ireland U21s this evening but his double was in vain as Andy Crosby’s side lost 3-2 against Finland in a Euro qualifier at Ballymena Showgrounds.

Northern Ireland were without regular forwards David Parkhouse and Shayne Lavery due to injury but O’Neill picked up the baton of being the main striker with aplomb.

The boys in green and white, who were also without midfielder Ethan Galbraith, were the better team in the first half, however the Finns had the better of it after the break and produced some good finishes to secure the win in the behind closed doors U21 Euro 2021 qualifier.

Northern Ireland keeper and captain Conor Hazard was called into action in the seventh minute when he saved a shot from Marcus Forss.

O’Neill opened the scoring on 23 minutes when he got on the end of a slick move. Jake Dunwoody fed Nathan Kerr and his delivery across the face of goal was neatly tucked away by O’Neill from six yards.

Caolan Marron screwed a shot wide and then Dunwoody had another effort blocked. On 34 minutes Keto pounced on a Kerr effort. Down the other end Onni Valakari shot wide of the target.

The Finns equalised just before the break, Timo Stavitski shaking off his marker before slotting the ball past Hazard. It was a neat finish.

Finland had a couple of chances before O’Neill grabbed his second of the game in the 59th minute. Dunwoody fed Danny Amos and his whipped cross was tucked into the net by the striker.

Minutes later substitute Lee Bonis shot wide before the Finns levelled the scores through Mikael Soisalo in the 62nd minute.

The visitors were in the ascendancy at this stage. Hazard produced a good stop from a stinging Forss shot before the Finns took the lead. Soisalo found Naatan Skytta and he slammed the ball past Hazard.

Finland continued to push forward and the Northern Ireland defence had to work their socks off to keep them at bay.

Bonis missed the target and Caolan Boyd-Munce had an effort saved by Keto as Northern Ireland tried to claw their way back into it, but the Finns held on for the win.

Next up for the U21s is a Euro qualifier against Ukraine at Ballymena Showgrounds next Tuesday (13 October, 6pm start). 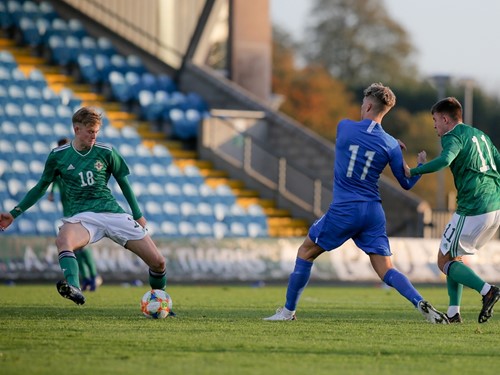 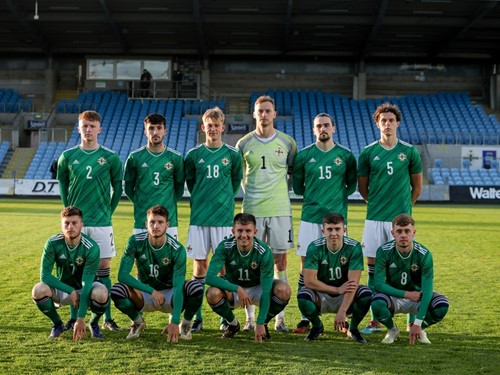 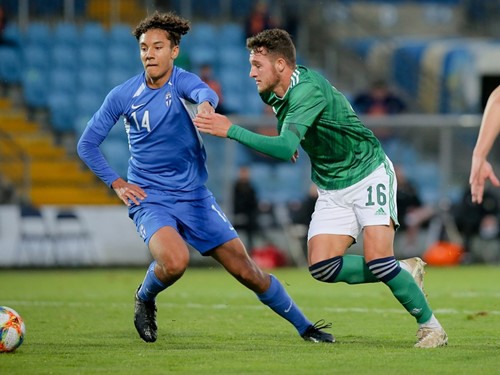 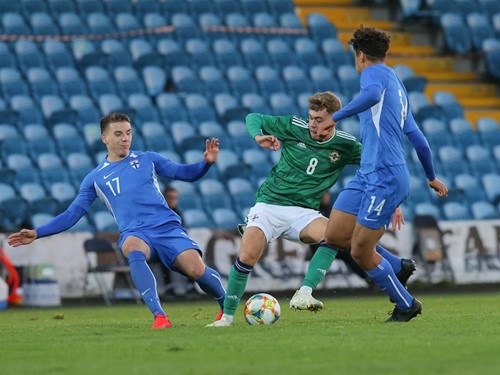 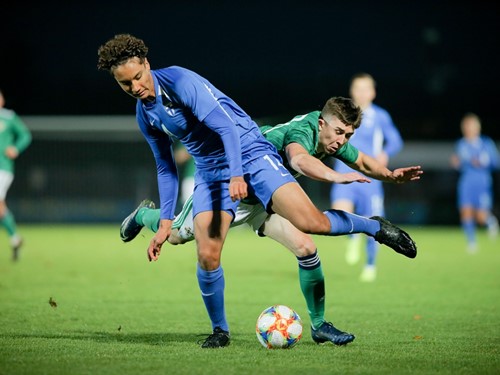 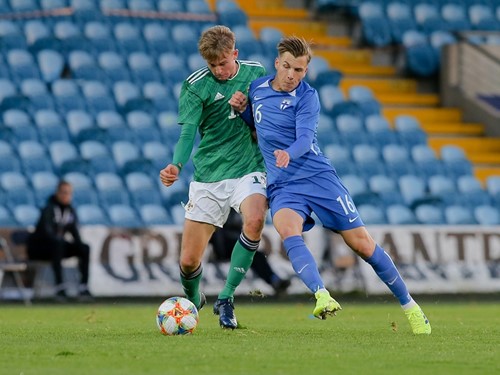 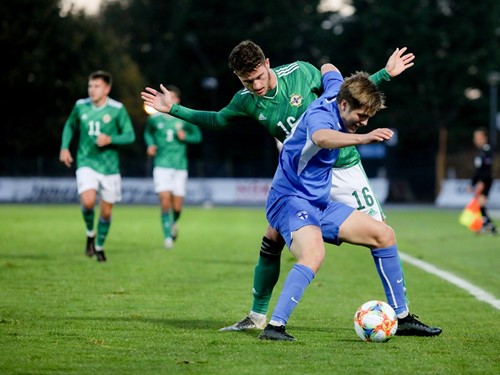 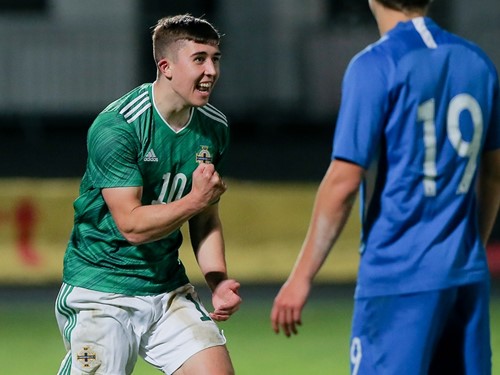 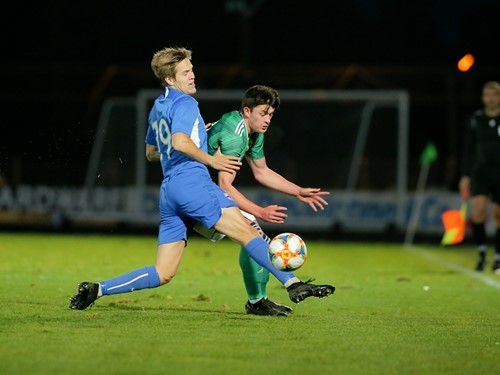