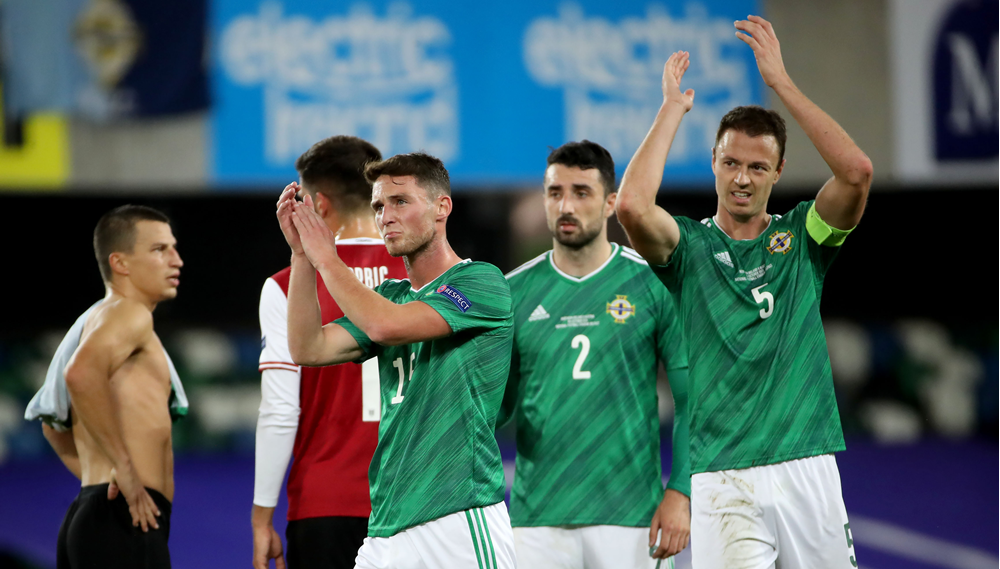 Northern Ireland narrowly lost out 1-0 to Austria in the UEFA Nations League tonight.

Manager Ian Baraclough was keen for his team to build momentum following the dramatic penalty shoot-out win against Bosnia and Herzegovina in the Euro 2020 Path B play-off semi-final last Thursday.

However, Austria dominated the League B Group 1 game in the first half and did enough in that period to merit the narrow victory. 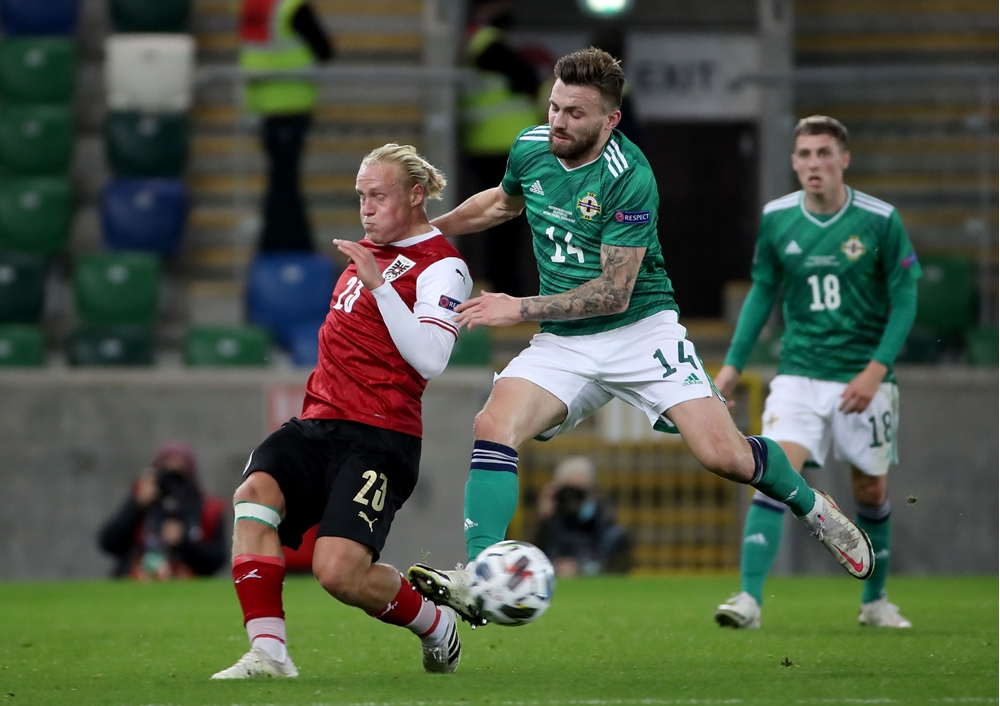 With five changes from the eleven that started against the Bosnians in Sarajevo, the boys in green and white struggled to make an impact in front of 600 fans at the National Football Stadium at Windsor Park.

The Austrians, compact and neat in their build-up play, made the early running, creating a series of half-chances. Stefan Lainer, Stefan Ilsanker and Michael Gregoritsch all had efforts in the opening 15 minutes.

Austria continued to control possession and on 24 minutes centre back Martin Hinteregger arguably should have done much better with a free header inside the area. He directed the ball straight at Northern Ireland keeper Michael McGovern after getting on the end of a David Alaba free-kick.

The visitors missed a gilt-edged opportunity in the 28th minute. Craig Cathcart slipped inside the area as he tried to guide the ball back to McGovern and Christoph Baumgartner nipped in to nick the ball from him, but his curling effort drifted wide of the target.

Five minutes later Baumgartner missed another good opportunity. Gregoritsch headed a deep cross back across goal as the winger sped towards the six-yard box but he skied his shot.

It was no real surprise when Austria took the lead on 42 minutes. Alaba and Hinteregger exchanged passes down the left and the centre back’s pinpoint cross found Gregoritsch who neatly nodded it past McGovern from six yards as he rose between Jonny Evans and Jamal Lewis.

Northern Ireland began the second half with a lot more purpose, with various players producing probing runs, in particular the lively Jordan Jones and Lewis, although the Austrian defence held firm.

In the 67th minute Paddy McNair fired in a fine cross down the left which Evans headed straight at Austrian keeper Pavao Parvan.

Northern Ireland continued to probe and press, but the Austrians’ blanket defence meant there was no way through.

Right at the death Northern Ireland almost grabbed an equaliser when substitute Jordan Thompson took a free-kick quickly and found fellow substitute Liam Boyce but he flashed his shot across goal.

Northern Ireland started their League B Group 1 campaign with a hard-fought draw in Romania last month followed by a heavy home defeat to Norway. Next up is the away game against Norway, which is being staged in Oslo on Wednesday. 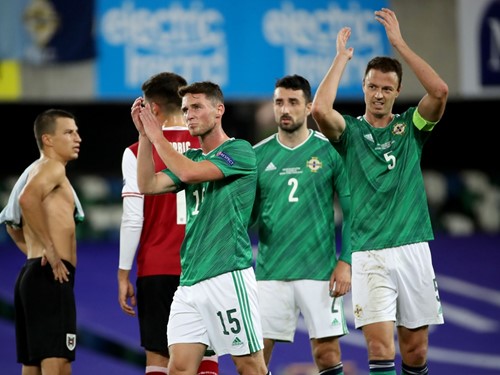 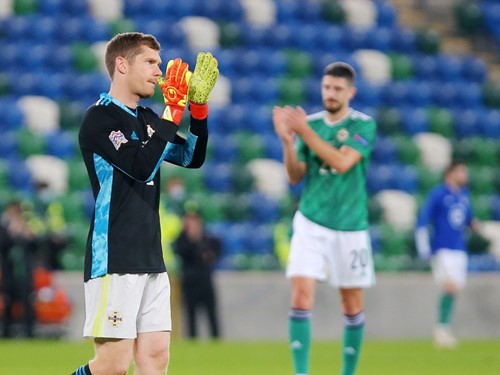 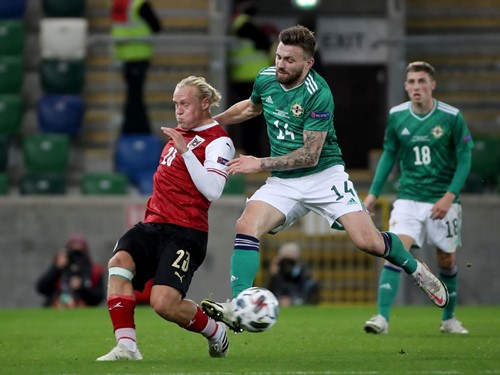 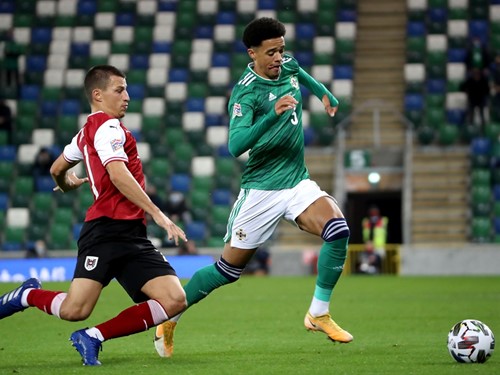 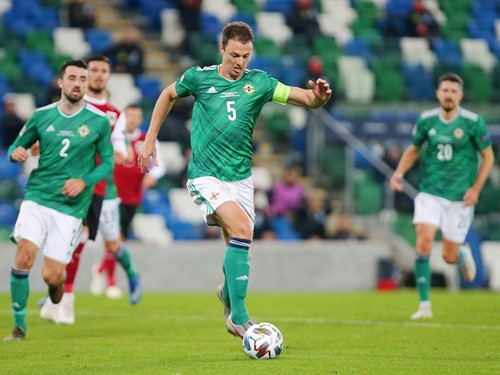 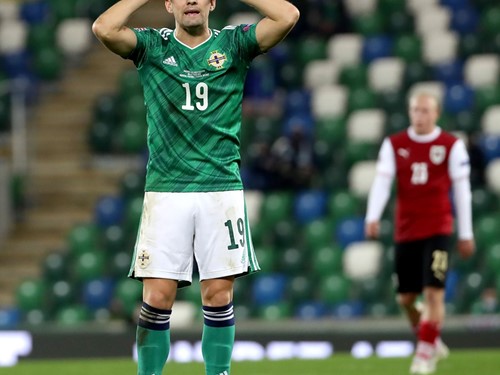 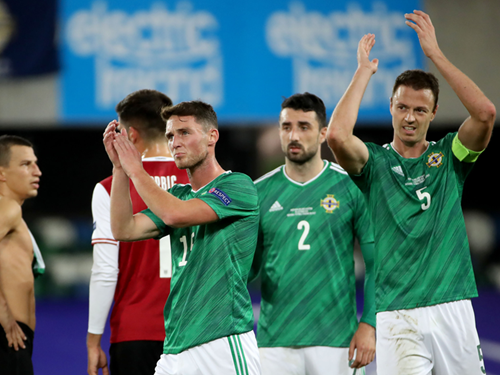