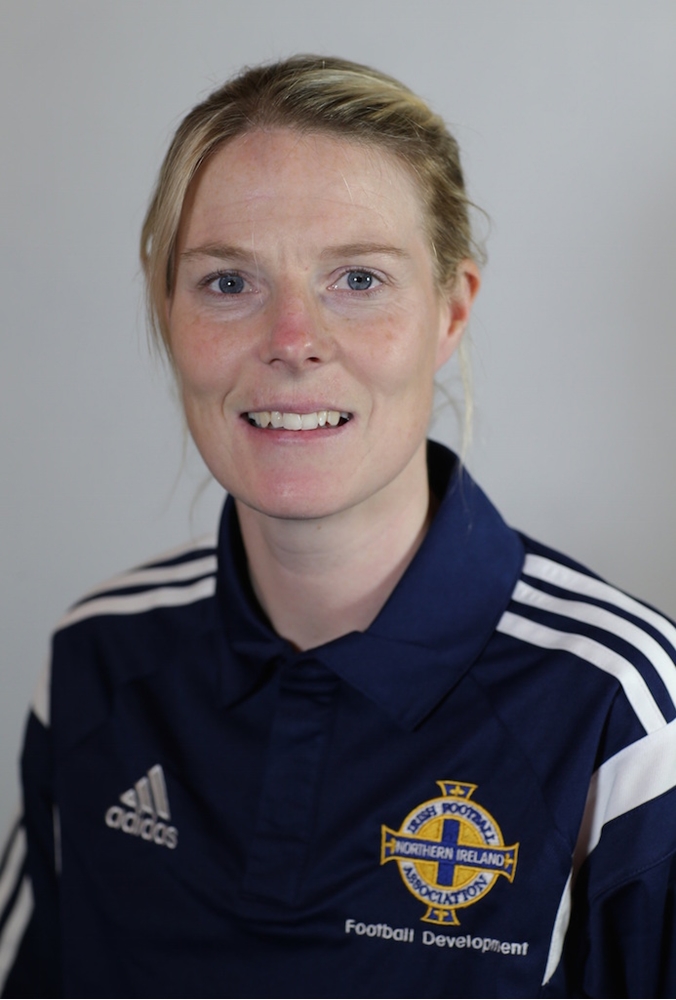 The former international football player brings a lot of experience to the role. She has spent the past six years working as a Primary School Coach, supported by the Department of Education, in the Carrickfergus Borough Council area.

Gail will be based at New National Football Stadium and will deliver the Women’s Football Strategy, which will include collaborating with leagues to facilitate strong infrastructures and opportunities for girls and women; enhancing school- club links and partnering FIFA and UEFA in the promotion of women’s football.

After graduating from the University of Southern Mississippi on a Soccer Scholarship, Gail spent 4 years as the head coach at the Division 1 programme. While living in America Gail also worked as a head coach in the Olympic Development Programme for US soccer and as a Camp director for NIKE soccer camps.

Closer to home, Gail has been the Regional coach for the girls excellence programme, coach of the senior and U19 women’s National team and is currently the U15 School Girls Manager.

Qualifications: BSc in Sport and Exercise Science, UEFA ‘A’ license

Director of Football Development, Michael Boyd was welcomed Gail's appointment and looks forward what she can bring to the role.

He commented, "We are delighted that Gail has taken up the role of Women's Domestic football manager bringing a wealth of experience in playing, coaching and administration.

"The IFA has set tough targets for the development of the Women's and girls game in our Let Them Play strategy and Gail will play a pivotal role in delivering this alongside the whole Football Development team."