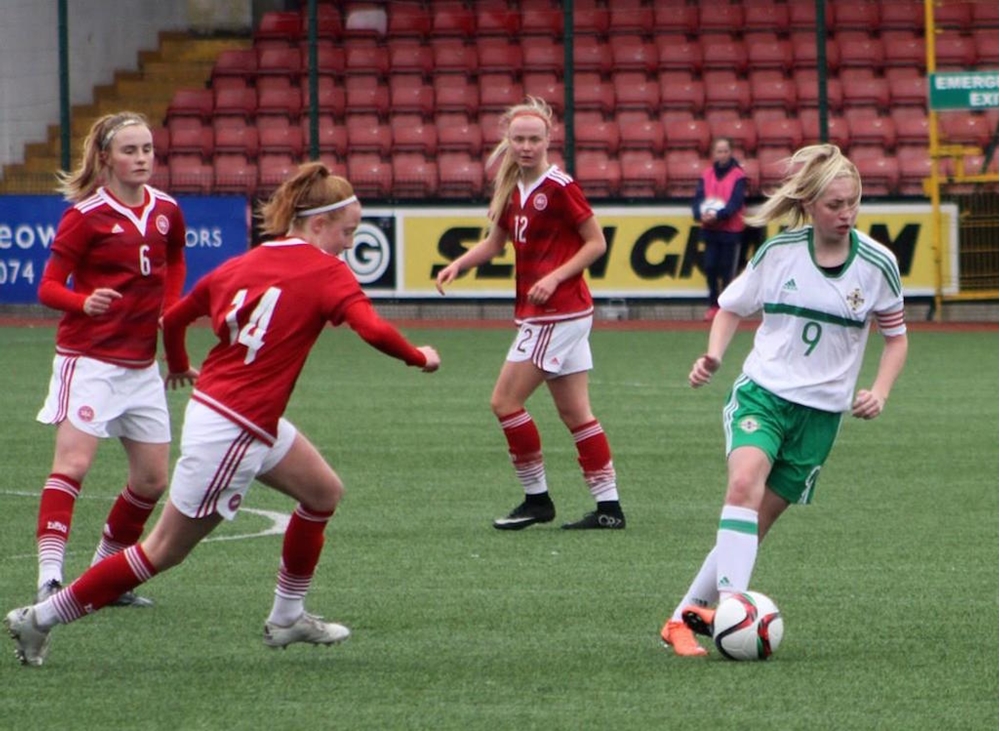 Northern Ireland Under 17's opened their Elite European Campaign with a defeat to Denmark.

The Danes started well putting immediate pressure on the Northern Ireland defence and a goal mouth scramble in the 3rd minute resulted in Denmark taking an early lead as Nielsen put it over the line.

Lauren Currie made an excellent save to stop the Danes increasing their lead soon after, tipping onto the bar to deny from a strong strike.

Northern Ireland showed good strength of character to remain composed and dealt with the threats to keep it 1-0 at the break.

The home side started the second half brightly although Denmark continued to create more chances down the flanks and after 60 mins Denmark doubled their lead. The visitors attacked at pace down the right flank, getting in behind to play the across the 6 yard box for Holmgaard to tap home.

Karlsen made it 3-0 when Northern Ireland failed to clear the ball and it fell for a powerful strike from the edge of the box.

Northern Ireland’s defence allowed a lapse in concentration and Denmark capitalised to cross into the box for Holmgaard to head powerfully home for 4-0.

Northern Ireland continued to work to the final whistle as Morgane Beggs hit the back of the net in added time but was declared offside.

Northern Ireland Manager Alison Nicholl said after the game: “This was a tough test for us against a top country. Denmark were very physical, powerful and direct. The girls maintained their shape well but unfortunately we made a couple of mistakes and they punished these. We now look to the Spain game which will be even tougher as they are top seeds. This is great experience for the girls and allows us to see what is required to compete at this level.”