As ever, each round provides both the dedicated fan and neutral supporter with no shortage of intriguing ties, and none more so than the battle of the heavyweights as Cliftonville welcome Linfield to Solitude.

The game couldn't be more delicately poised given the three previous meetings between the pair this season.

Six goals were equally shared back in October in the league meeting at Solitude before, later that month, the Blues claimed the honours after extra-time in a County Antrim Shield quarter-final at Windsor Park.

Then, in mid-November, Cliftonville gained revenge with a 2-1 victory again in the league.

Linfield haven't tasted success at Solitude in almost four years and will be without regular shot-stopper Ross Glendinning following his dismissal last Saturday.

Cliftonville have already experienced cup glory this season - last month brought League Cup honours for the fourth successive year - and go into tomorrow's game buoyed by a midweek victory at The Oval.

Originally scheduled for Carrick's Belfast Loughshore Hotel Arena ground, the game was switched to Seaview due to ongoing work on the pitch.

The sides have only met once this season - a comprehensive five-goal win for the Crues back in September - but this weekend's clash is one of no fewer than three arranged for March.

Gary Haveron's side will be no doubt be hoping that the law of averages will mean that one of the forthcoming games will fall in their favour, so why not the cup?

Carrick approach the game in a buoyant mood after a crucial Tuesday night defeat of Dungannon Swifts lifted them back off the foot of the table while Crusaders demonstrated their title winning qualities last weekend by coming from a goal down and a man down to salvage a point from a difficult trip to Warrenpoint.

The quarter-final draw has also guaranteed a big cup weekend in Mid-Ulster.

The senior duo of Glenavon and Portadown have been paired with Loughgall and Lurgan Celtic respectively, two mouth-watering derbies that are certain to pique the interest of the local football community.

Gary Hamilton's Glenavon might be riding high in the top flight but they host a Loughgall side that are well placed to contest Championship 1 honours come the end of the campaign.

Indeed, Villagers midfielder Steven Robinson insists they are well up for the challenge of facing the Lurgan Blues in their own backyard.

"A bit of a buzz has kicked in, everyone is looking forward to it and for us getting through to the quarter-finals as a Championship team it's a great occasion," he told IrishFA.com.

"Glenavon are obviously expected to beat us but we'll just approach it the way we approach every Saturday and hopefully on the day we'll get a result."

Meanwhile, Lurgan Celtic boss Colin Malone reckons their visit to Shamrock Park is the biggest game in the history of the club.

"We've already made history by getting this far and I think everybody in the town is looking forward to it," he told the Lurgan Mail.

"We're trying to approach it in a positive manner. We don't want to go there and be poor on the day. We're hoping to give a good account of ourselves and, if our luck is with us, then who knows?" 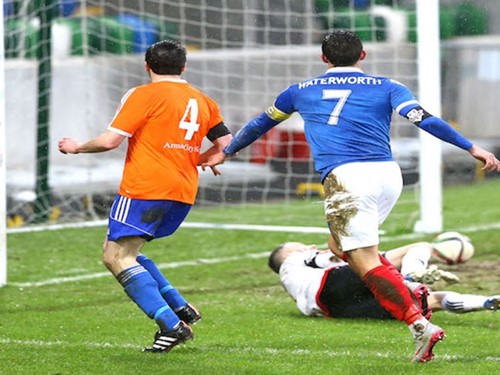 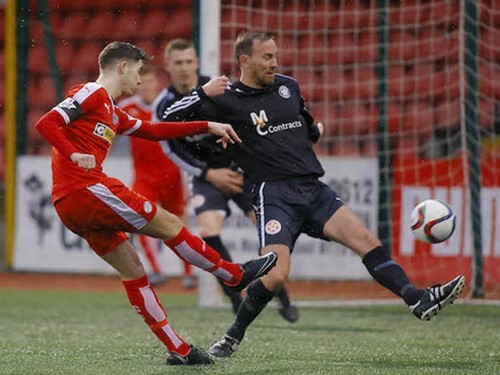 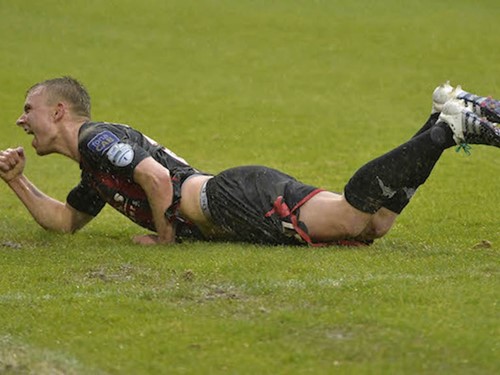 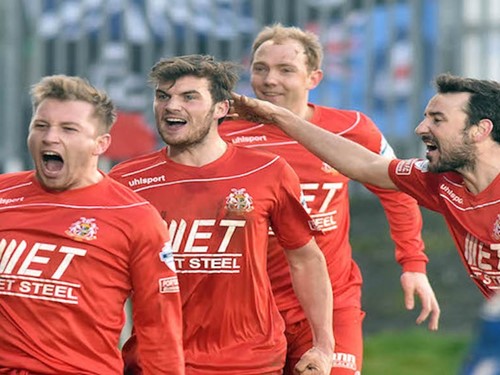 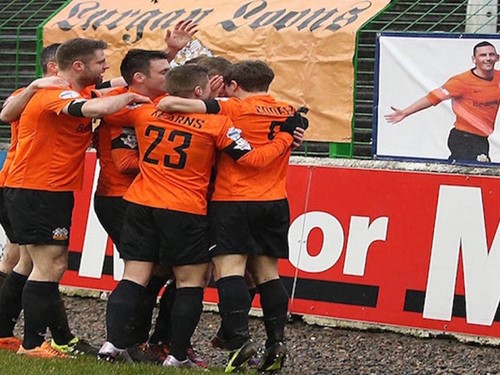