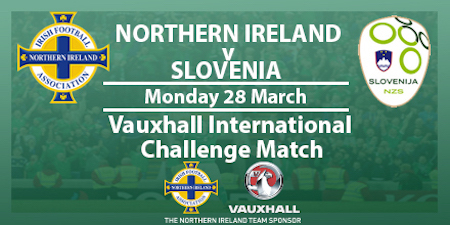 Campaign card holders now have until midnight next Monday (7th March) to buy tickets for the game via their accounts.

A limited number of hospitality tickets are available for the match in the new South Stand. These tickets, priced £75, include a match programme, pre-match hospitality, hot food and drinks.

Meanwhile, the Irish FA has announced that campaign card holders have until Friday 8th April to purchase tickets for the Vauxhall International Challenge Match between Northern Ireland and Belarus.

The fixture on Friday 27th May (7.45pm kick-off) will be the final home warm-up game for Northern Ireland in the run-up to EURO 2016.