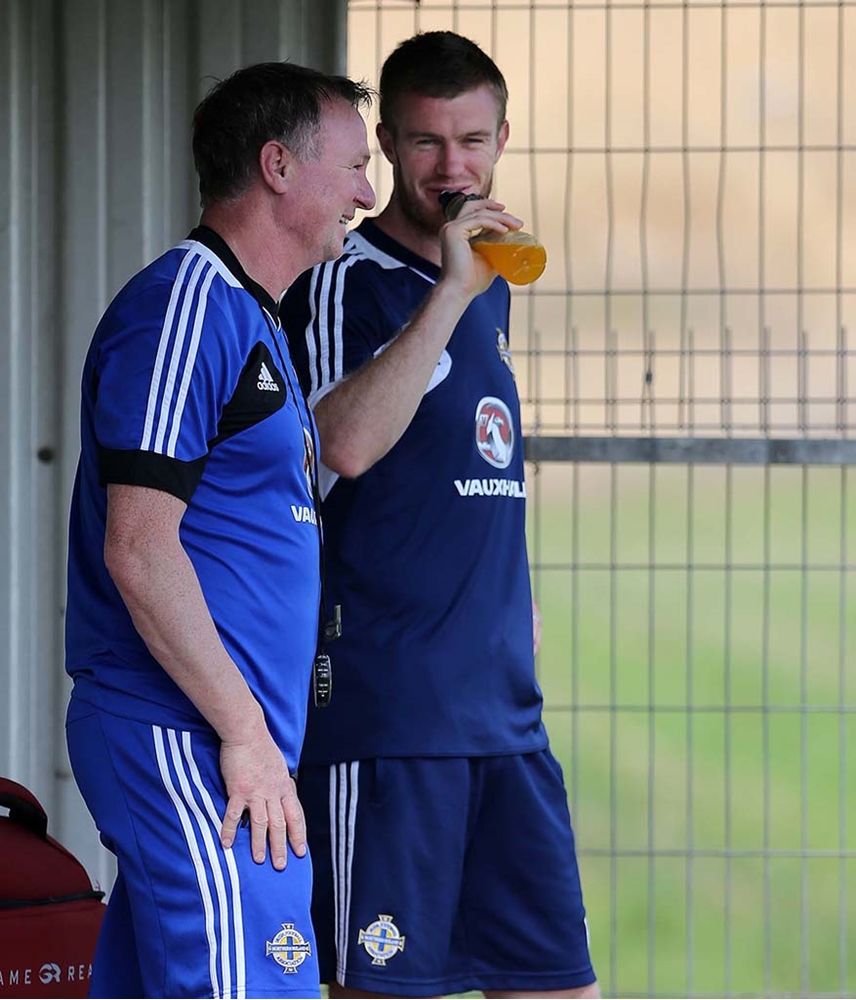 He said: “It’s a devastating blow for Chris. To play as long as he has at international level and now to miss out on the finals is heartbreaking.”

West Bromwich Albion confirmed today that the left-back ruptured a cruciate ligament during the weekend win over Crystal Palace and is expected to be out of action for six months.

Michael O’Neill revealed he spoke to Chris earlier this week on hearing he will not be available for selection at the Euros in France this summer.

He said: “I have assured Chris that whatever part he wants to play in the tournament he can. That will be important for him, but equally I know that it’s a difficult scenario for a player to be on the outside if they can’t take part.

“All we can do is sympathise with him and support him at this time.” ​