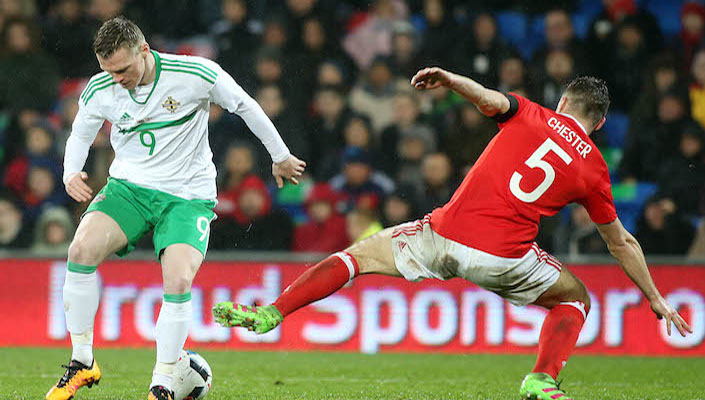 Billy McKay came off the bench in the second half last night against Wales in Cardiff in a more attacking formation.

It was a game where Michael O’Neill played a 5-3-2 formation in the first half and a 4-3-3 formation after the break. “We’re trying different things for the Euros coming up. In the first half we probably didn’t have as many chance as we did in the second, so you could say it helped us get up the pitch a bit more.”

Northern Ireland had more chances in the second half and McKay touched on the importance of set pieces in Northern Ireland’s preparations for EURO 2016. “You can see over the campaign how many set piece plays we’ve scored. It’s something that we work on in training and another one has come off today.”