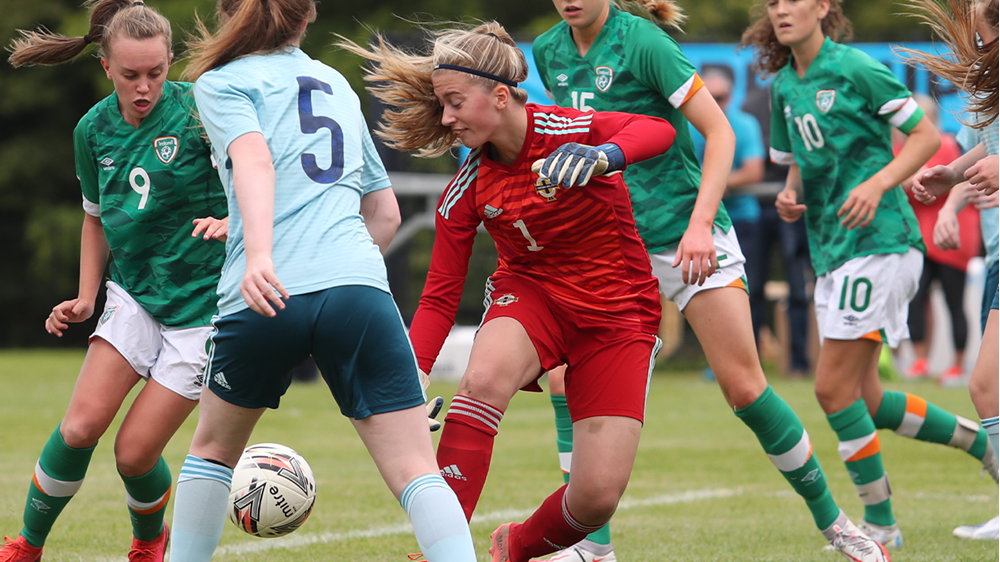 Northern Ireland’s Women’s Under-17 team will gear up for Euro qualifiers next month by taking on Belgium’s WU17s in a friendly tomorrow (14 September).

Cliftonville FC’s Solitude stadium is the venue for the match, which is due to kick off at 3pm. The match is set to be live streamed on Northern Ireland National Team's YouTube channel with commentary from Joel Neill and senior international midfielder Caragh Hamilton.

Head coach Noel Mitchell has chosen a 16-strong squad for the game in north Belfast.

Thirteen of the players have previously featured for either the WU17s or the WU16 development team.

Defender Sophie Magee, who plays for Grasshoppers Zurich in Switzerland, is one of the three newcomers.

And the other player getting her first call-up to the Northern Ireland set-up is Banbridge Ladies goalkeeper Kate Smith.

This autumn the WU17s will be competing in League A in stage one of the qualifiers for WU17 Euro 2023.

They are set to face the Republic of Ireland, Finland and Austria in Group A3. And Northern Ireland will host the matches from 21-27 October.

In the WU17 competition the team finishing fourth in each of the seven League A groups will be relegated to League B for round two. The teams remaining in League A, and seven teams promoted from League B, will compete next spring for places at next summer’s UEFA WU17 Euro tournament in Estonia.

Northern Ireland WU17s were promoted to League A for 2022-23 stage one when they won all of their matches at a mini tournament within the 2021-22 competition in Israel back in March. In League B Group 1 they defeated Luxembourg 2-1, Faroe Islands 3-0 and Israel 2-0.