Northern Ireland’s Under-17s will warm up for Euro qualifiers next month by taking on Finland’s U17s in two friendlies this week.

Gerard Lyttle’s team are set to face the Finns twice at the Jari Litmanen Arena in Eerikkila during a six-day training camp.

Matchday one is on Wednesday (4pm start UK time) with the second match being staged on Friday (1pm kick-off).

It will be the U17 squad’s last get-together before they face three matches in the UEFA Euro U17 2023 qualifying round next month.

Northern Ireland have been drawn in Group 4 in the first set of Euro qualifiers. They will face hosts Malta, Scotland and Czech Republic in a mini tournament which will be staged from 19 to 25 October.

Lyttle has chosen a 20-strong squad to make the trip to Finland.

“The games against Finland will be a tough challenge. They are a strong team. They are very physical and well organised. However, we want and enjoy this type of challenge,” the U17s boss said. 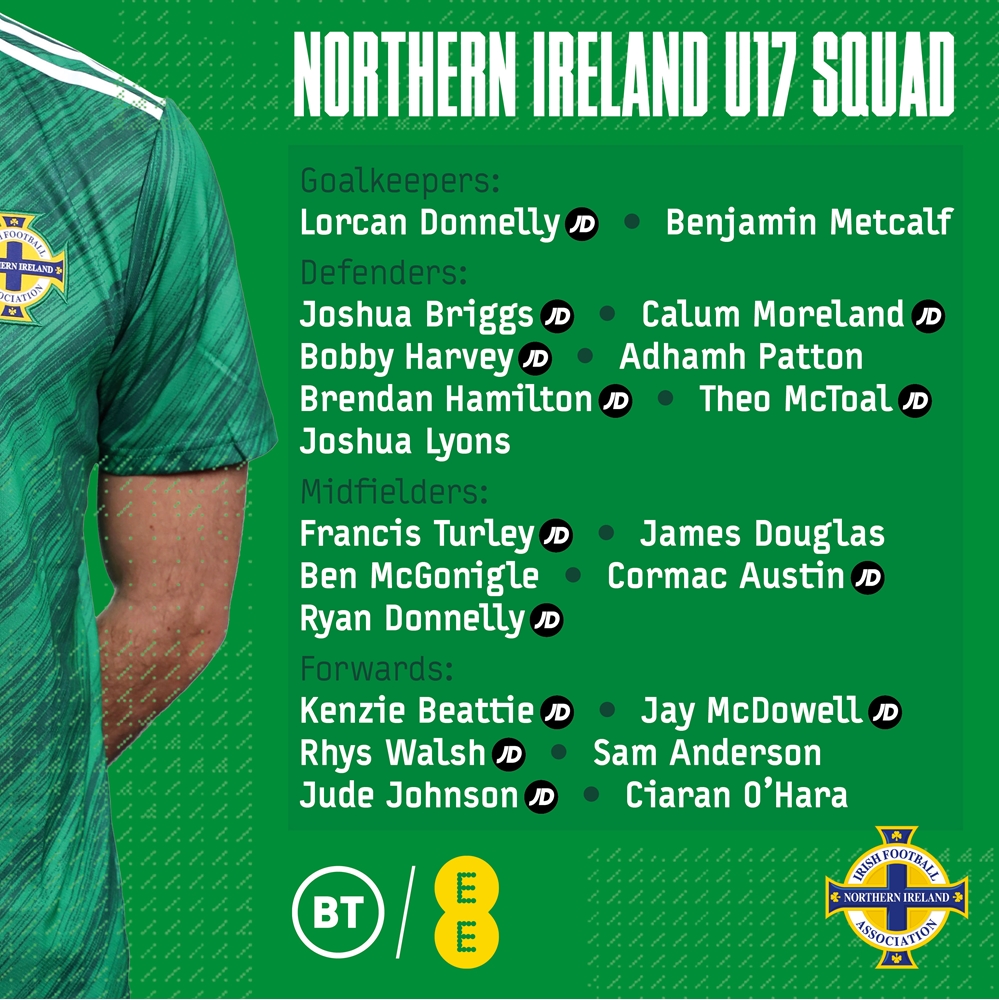 Lyttle watched the Finnish team in action at the Nordic Cup last month and was impressed by them.

He is keen for his own side to bounce back from a disappointing Nordic Cup campaign in which they lost heavily against Denmark and suffered narrow defeats to Faroe Islands and Sweden.

As this week’s camp is not being staged during an official international window some clubs have not released their players for the trip.

While this has disappointed Lyttle, he believes there is enough strength in depth in the group to go and challenge the Finns.

The 20-strong squad features two players who were part of the Northern Ireland U16 team who played Poland’s U16s last month – Linfield pair Kenzie Beattie and Calum Moreland.  They drew 1-1 with the Poles and also suffered a narrow 1-0 defeat. Beattie scored for the U16 team.

The top two teams in 13 groups in the UEFA Euro U17 2023 qualifying round will join top seeds Netherlands and Spain in the spring 2023 elite round along with the four third-placed teams with the best records against the top two in their section.

All will be bidding to join hosts Hungary in the final 16-team tournament from 17 May to 2 June next year.

Northern Ireland U17s squad for the games against Finland U17s: