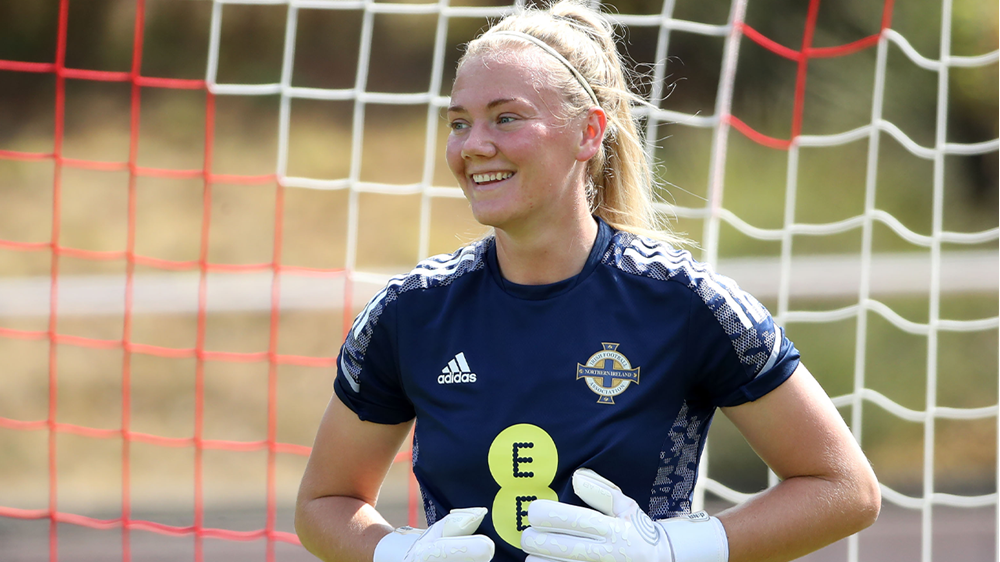 Kenny Shiels insists his players will be going all out for a win when the Northern Ireland senior women’s team face Luxembourg in a FIFA Women’s World Cup 2023 qualifier this afternoon.

The Northern Ireland boss said his players are “hungry” to get back to winning ways after suffering defeats in their three group games at UEFA Women’s Euro 2022 in July.

Shiels admits he is lacking firepower in his squad but is confident some of the younger players in the panel will step up to the mark in the absence of experienced trio Simone Magill, Rachel Furness and Lauren Wade.

Striker Magill is a long-term absentee after damaging knee ligaments at the Euros and the talismanic Furness has decided to sit out today’s game and the World Cup qualifier against Latvia on Tuesday.

And there was another blow yesterday when Shiels confirmed lively attacker Wade had rolled her ankle in training and would miss the game in Luxembourg.

Experienced winger Kirsty McGuinness is available to play in the qualifier at Stade Émile Mayrisch in Esch-sur-Alzette (5.30 start UK time), however she has only recently recovered from injury.

Shiels hinted that her sister Caitlin, who has been scoring regularly for Cliftonville Ladies in the NIFL Danske Bank Women’s Premiership this season, may be an option up front.

He also said Ellie Mason, Grace McKimm and Lilie Woods, the three new faces in the senior panel, had done well in training this week.

Mason, who plays as a midfielder for Lewes Women in the FA Women’s Championship, has looked assured in her new surroundings and may well get a run-out in Esch. Defender/wing back McKimm and keeper Woods, who are still in their teens, are in Luxembourg to get a taste of life as a senior international player.

He stressed it was important to secure victories to improve their co-efficient for future competitions – and to return to winning ways after a series of defeats against top tier teams during 2022.

Newly crowned European champions England currently top the Group D table with 24 points from eight games and need just a single point from their two remaining qualifiers to book a place at next year’s World Cup tournament in Australia and New Zealand.

And second-placed Austria (19 points) have already secured a play-off for a berth at the World Cup.

If Northern Ireland (13 points) defeat or get a draw today against Luxembourg (nine points) they are guaranteed to finish third in the group.

But a win plus another victory against Latvia away on Tuesday would really boost the chances of improving their co-efficient ahead of future competitions.

In Group D to date Luxembourg, who lost 4-0 to Northern Ireland in Belfast last September, have defeated Latvia at home (3-2) and North Macedonia home and away (2-1 and 3-2).

Their main goal threat is Amy Thompson, who plays as a striker for FC Mamer 32 in her home country. The 28-year-old has scored 17 times in 27 appearances for her country.

However, two 18-year-old strikers are also making their mark. Joana Magalhaes of Young Boys Diekirch (Luxembourg) has notched seven in 11 matches, while Julie Marques Abreu, who is on Belgian side Standard Liege’s books, has scored six in 16 games.