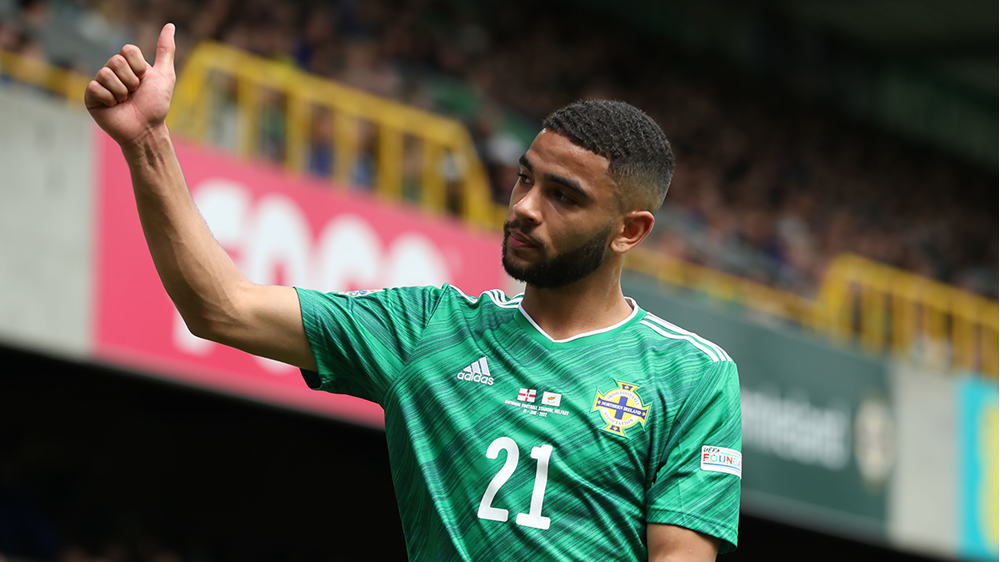 Northern Ireland Under-19s boss Gerard Lyttle has named his squad for U19 Euro qualifiers in the Netherlands this month.

The U19s are set to come up against Netherlands (hosts), Slovenia and Moldova in Group 13 of the 2022-23 UEFA European Under-19 Championship qualifying round.

Lyttle has chosen a 20-strong panel for the qualifiers. It features six players who are on the books of English Premier League clubs and three who are with Scottish Premiership teams.

His squad includes two players who were part of the senior panel for the UEFA Nations League quadruple header back in June – Huddersfield Town defender Brodie Spencer and Celtic goalkeeper Josh Clarke.

Northern Ireland warmed up for the three-match mini tournament in the Netherlands by defeating Malta U19s 6-0 and 2-1 in friendlies back in June.

Lyttle’s panel for the upcoming qualifiers shows six changes from the squad that travelled to Malta.

Influential Nottingham Forest midfielder Jamie McDonnell has withdrawn from the squad due to injury and Aston Villa striker Omari Kellyman is also unavailable after picking up an injury.

Both Trickett and Morgan impressed when they played for Northern Ireland U18s at SuperCup NI back in July. It was Trickett’s first taste of the Northern Ireland set-up, while Morgan has stepped up from the U17s.

Sloan has not featured for his country at youth level previously although he was part of JD Club NI, the elite player development programme which has evolved into the JD Irish FA Academy.

Returning to the ranks after missing the trip to Malta is Leicester City forward Reece Evans, although he did play for the U18s at SuperCup NI.

Matchday one for Northern Ireland in the Euro qualifiers will see them come up against Slovenia at the Sportpark Marsdijk in Assen next Wednesday (21 September). The game is scheduled to kick off at the home of amateur football club Achilles 1894 at 6.30pm UK time.

Next up is an encounter with the Dutch at the same venue on Saturday 24 September (2pm start, UK time) and their final group match is against the Moldovans, again at Sportpark Marsdijk, on Tuesday 27 September (6.30pm, UK time).

Lyttle said it was disappointing to lose players of the calibre of McDonnell and Kellyman, however he feels his squad can make their mark in Group 13. He said the squad has strong characters within it and is packed with “good players with a good attitude”.

He said lots of hard work has been put in by both the players and the backroom staff ahead of the qualifiers.

“We face three tough games, however these are the games that we relish. We are looking forward to pitting our wits against the best in Europe in this competition,” added Lyttle.

There are 13 groups in the qualifying round of the 2022-23 UEFA European Under-19 Championship.

The top two teams in each group will join top seeds Portugal in the elite round next spring along with the third-placed team with the best record against the top two in their section. Hosts Malta qualify directly for the final tournament, which is due to be staged from 3 to 16 July next year.

Lyttle said the aim for his squad is to qualify for the elite round. “We are ready and we are looking forward to the challenge,” he insisted.

Northern Ireland U19 squad for U19 Euro 2023 qualifying round:

Image: Brodie Spencer, who was part of the Northern Ireland senior men’s squad in June, has been included in the U19 squad which will be competing in Euro qualifiers this month.