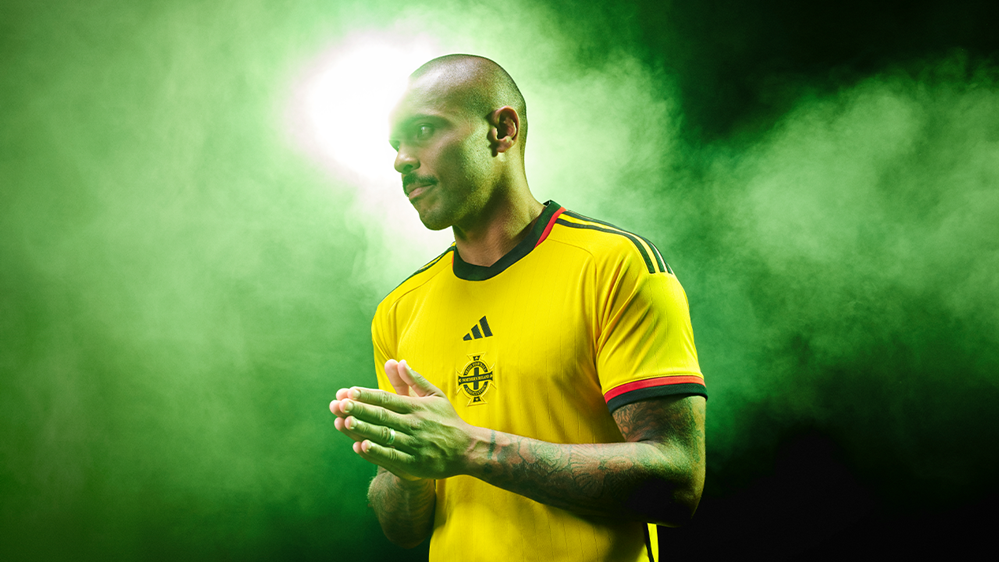 The new Northern Ireland away kit was launched today by adidas.

The kit will be worn by the senior men’s team during next year’s qualifiers for UEFA Euro 2024.

And the players are expected to wear it for the first time in the upcoming UEFA Nations League game against Greece in Athens on 27 September. 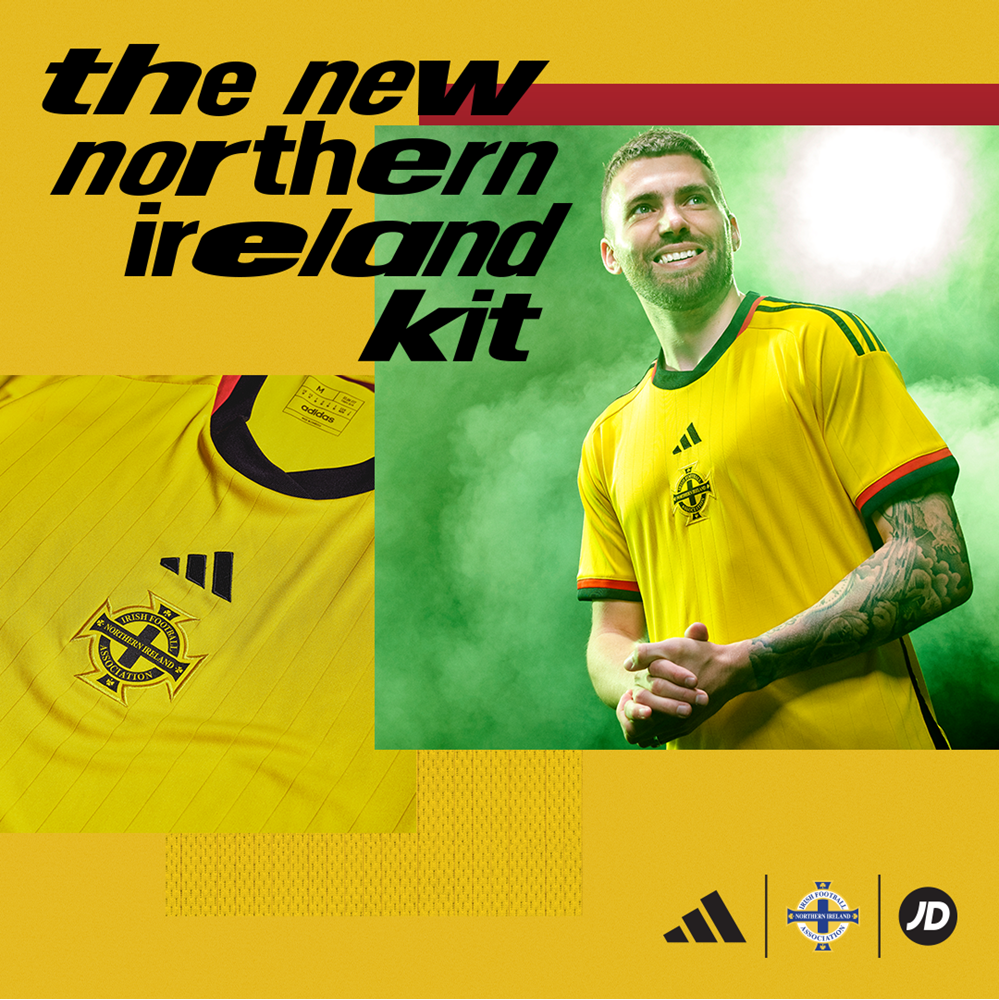 Adidas explained the new-look Northern Ireland away kit showcases a brand new design with an EQT (Equipment Series) yellow colour palette to stand out in the crowd.

It also said the design pays tribute to two of the historic towering icons of the Belfast skyline – the Harland and Wolff gantry cranes Samson and Goliath.

The kit features Aeroready technology which allows players to stay dry in the heat of play and perform at the highest level.

It will be sold through JD, the Irish Football Association’s retail partner. It is available to pre-order on the JD website (www.jdsports.co.uk) from today. After that it will be exclusively available online from JD and in-store from mid-September.

The new Northern Ireland home kit, which was launched last week, is also available to pre-order through JD.