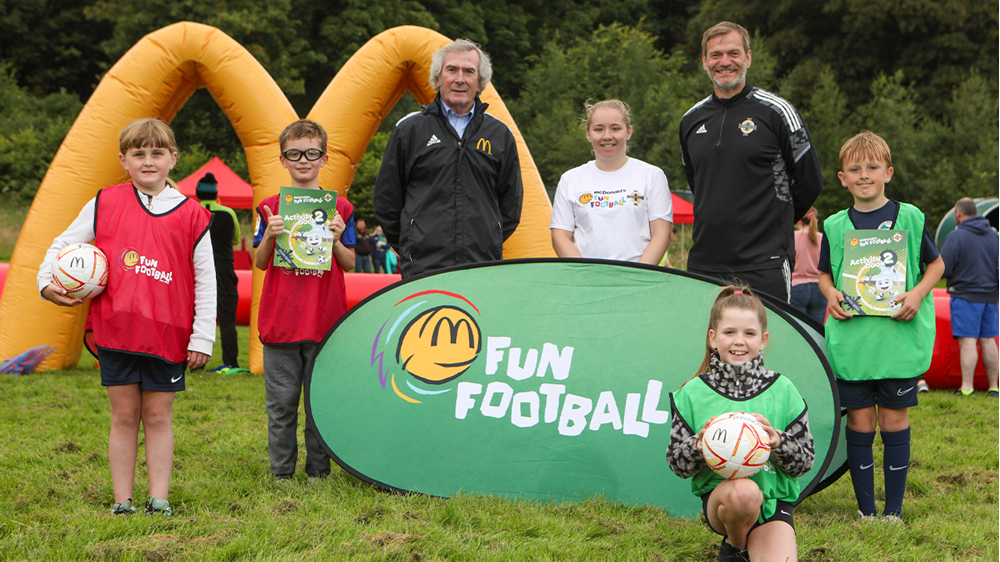 The regional winners of the McDonald’s Irish FA Grassroots Football Awards for 2022 have been announced ahead of the national awards ceremony later this month.

The official awards ceremony is set to take place at The National Football Stadium at Windsor Park on 24 September, prior to Northern Ireland’s UEFA Nations League game against Kosovo.

The annual McDonald’s Irish FA Grassroots Football Awards, which is celebrating 22 years in Northern Ireland, recognise the work and commitment of football clubs and volunteers who give up their time and make a long-lasting impact on young people and communities across Northern Ireland.

Over 580 entries were received from across Northern Ireland, with regional winner titles awarded in three different categories: Wes Gregg Coach of the Year; Volunteer of the Year and Club of the Year.

McDonald’s Fun Football Ambassador Pat Jennings said: "Without grassroots football volunteers none of this could happen.

“Through the years I have witnessed first-hand the significant impact that McDonald’s Fun Football has had, and continues to have, on the lives of young people in Northern Ireland.

“It was fantastic to see McDonald’s recently celebrating the launch of its new Fun Football programme, which will provide over one million kids from across the UK with the opportunity to enjoy free football coaching.”

Former Premier League and Northern Ireland goalkeeper Roy Carroll also praised the many volunteers who give up their time year-on-year to help deliver grassroots football across Northern Ireland.

"I think it is really important that the volunteers at our local clubs, who are the champions of grassroots football in Northern Ireland, are recognised at these awards,” he said.

“The McDonald’s Fun Football programme makes football accessible for children of all genders, abilities and backgrounds, and plays a key role in promoting the positive impact sport and exercise can have on people’s physical and mental health and wellbeing.”

Recently, McDonald’s celebrated the launch of its new Fun Football programme which will provide over one million 5–11-year-olds with the opportunity to enjoy free football coaching across the UK.

The new programme will deliver over 10.5 million hours of Fun Football over the course of the next four years making it the largest grassroots participation programme in the UK. The programme will be delivered in collaboration with the Irish FA, Scottish FA, The Football Association of Wales and a network of national coaching providers in England.