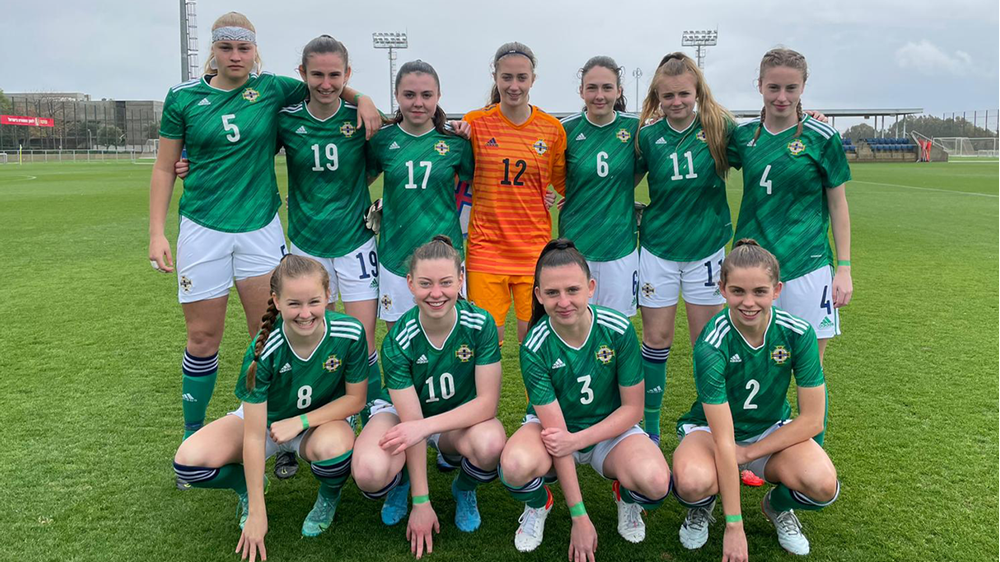 Northern Ireland’s Women’s Under-17s made it two wins out of two in a WU17 Euros qualifying mini tournament in Israel today.

In their first qualifier Alfie Wylie’s side produced a stirring comeback to defeat Luxembourg, however it was a lot less frenetic as they eased past Faroe Islands on a 3-0 scoreline this afternoon.

Northern Ireland dominated the game and should have had a few more goals than the three scored by Sophie Gargan, Mikayla Wildgoose and substitute Emily Reid. 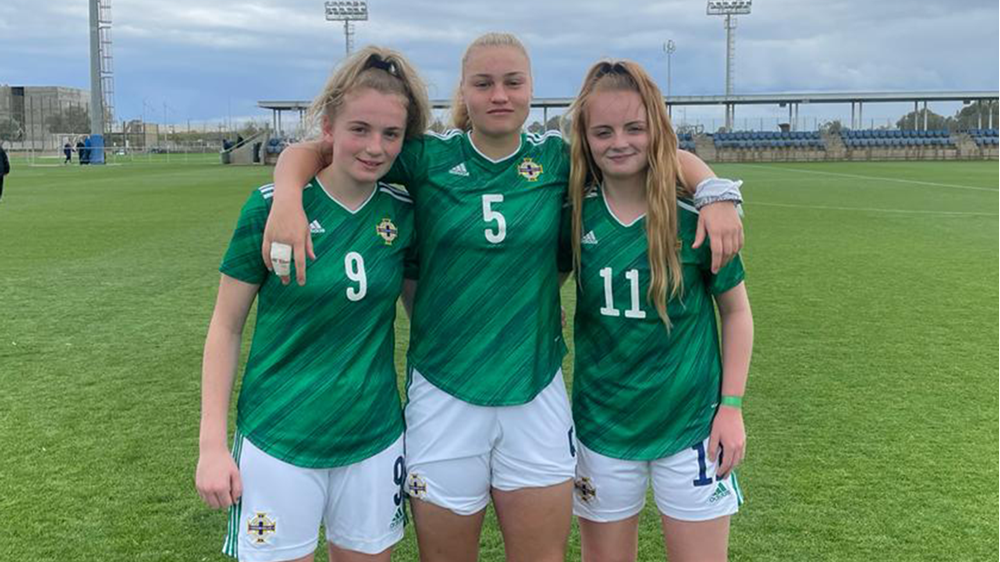 Rain hammered down throughout most of the contest at Israel’s national team complex at Shefayim, but despite the conditions the girls in green and white sprayed the ball around nicely.

They dominated proceedings from the start. Midfielder Naomi McLaughlin forced a save out of Faroes keeper Katarina Berg Mikkelsen as early as the second minute, and then defender Sarah Tweedie steered an effort wide.

McLaughlin tested Berg Mikkelsen again on 12 minutes, while in the 24th minute she fired in a free-kick which the Faroes keeper pushed away. Fellow midfielder Rachel McIntyre scooped the rebound towards goal but again Berg Mikkelsen was equal to it.

On 25 minutes striker Olivia Stubbs had an effort saved but strike partner Sophie Gargan followed up to fire in a rising shot from an angle which Berg Mikkelsen could not hold on to – and the ball nestled in the net to make it 1-0 to Wylie’s team.

McLaughlin continued to drive forward and she forced another two saves out of the Faroes keeper.

With Wildgoose and Abi Sweetlove composed and assured at the heart of the defence, Faroe Islands rarely looked like grabbing an equaliser.

The game was scrappy at the start of the second half and few chances were created.

Around the hour mark McIntyre missed the target before Aimee Kerr had a shot blocked.

In the 66th minute Northern Ireland deservedly made it 2-0. McLaughlin whipped in a free-kick to the back post and Wildgoose was there to head it home.

The Faroes had a rare excursion into the Northern Ireland penalty area on 69 minutes. WU17s goalkeeper Ellie Scott, who had largely been a spectator up to that point, had to be on her toes to hold on to a Lisa Haraldsen header.

It was 3-0 to Northern Ireland soon after. The Faroes defence failed to deal with a speculative ball forward and substitute Reid latched on to the loose ball and slotted it home. It was a tidy finish.

Northern Ireland created further chances as the game drew to a close. McLaughlin, who deserved a goal for her all-action display, curled a shot wide, while Reid and substitute Grace Montgomery also missed the target.

The game against Faroe Islands was the second of three matches for Northern Ireland in League B Group 1 in Qualifying Round 2 of the UEFA European Women's Under-17 Championship 2022.

The dramatic 2-1 win over Luxembourg on Thursday and today’s result mean Wylie’s side now meet mini tournament hosts Israel in a winner-takes-all game on Wednesday (16 March).

Israel won their opening qualifier against the Faroes 2-0 and defeated Luxembourg 5-1 in their second qualifier today.

The aim for Northern Ireland in the mini tournament in Israel is to gain promotion to League A for QR1 of the 2022-23 edition of the competition. They now have to defeat Israel to do that.

They are scheduled to come up against Israel at the Ramat Gan National Stadium on Wednesday when the kick-off time will be 3pm UK time.