Hume and Lane called up for Luxembourg and Hungary friendlies 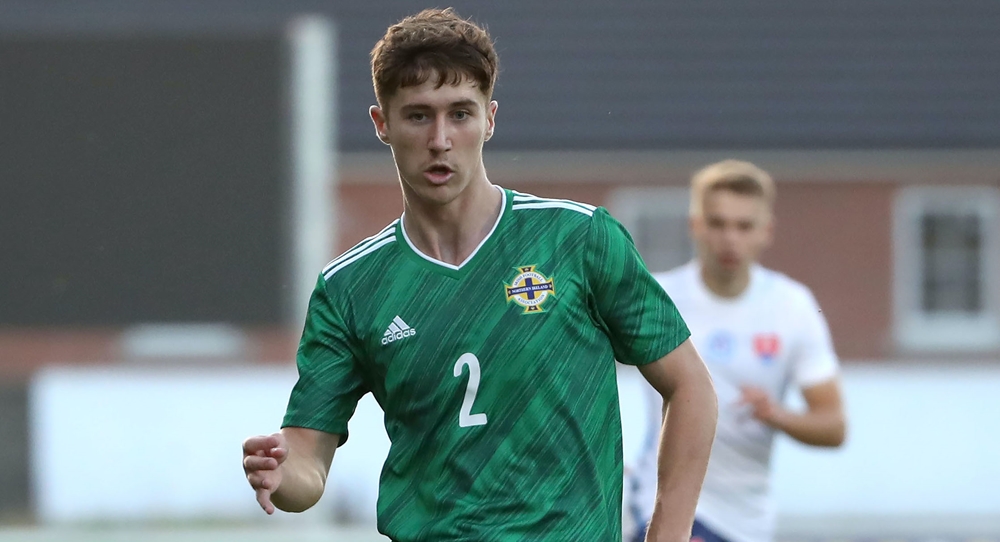 Northern Ireland manager Ian Baraclough has introduced two new faces to his squad for this month’s international challenge matches against Luxembourg and Hungary.

Fleetwood Town winger Paddy Lane steps up from the U21s after impressing in League One this season.

And his U21s team-mate Trai Hume, who joined Sunderland from Linfield at the start of this year, is also in the squad for the two matches. It is the first time either player has made the senior panel. 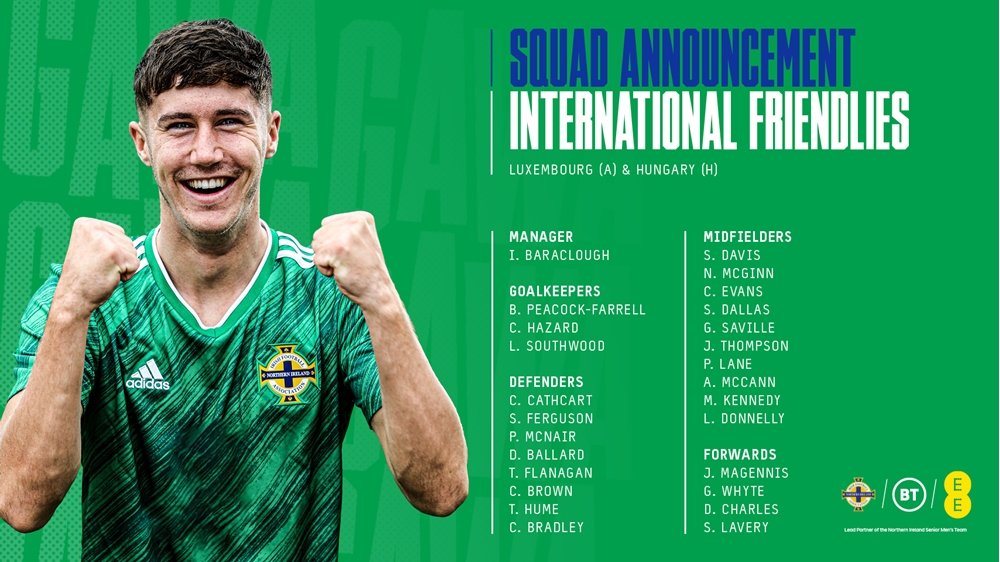 Twenty-one-year-old Lane, who donned a Northern Ireland shirt for the first time when he made his debut for the U21s last year, played for Blackburn Rovers at youth level before switching to Hyde United in the Northern Premier League. Following a couple of loan spells at Farsley Celtic he moved to Fleetwood from Hyde last summer.

Hume, who turns 20 this week, has played for Northern Ireland at U17, U18 Schoolboys, U19 and U21 levels. The right back/midfielder began his career with hometown club Ballymena United at youth level before switching to Linfield’s youth set-up.

In the 2020-21 season Hume returned to Ballymena on loan, playing more than 30 games in the Sky Blues’ first team, before returning to the Blues, for whom he made over 30 senior appearances between 2019 and the start of 2022. He signed a four-and-a-half year contract with Sunderland in January and is already a regular in the Black Cats’ first team squad.

It shows five changes from his last squad, which was for the World Cup 2022 qualifiers against Lithuania and Italy back in November.

Shayne Lavery, who has performed strongly for Blackpool since joining the EFL Championship side from Linfield last summer, returns to the fold after missing games in both the October and November international windows through injury.

Fellow striker Dion Charles, who has been hitting the back of the net regularly in EFL League One after making the switch from Accrington Stanley to Bolton Wanderers during the January transfer window, is also back in the panel after missing out last time.

Centre back Daniel Ballard, currently on loan at Millwall from Arsenal, is another returnee. He was unavailable for the games against the Italians and the Lithuanians due to injury.

Also among five players making a return is midfielder Matthew Kennedy, who is playing regularly for Aberdeen again after a lengthy spell on the sidelines with a back injury. And Motherwell midfielder Liam Donnelly is back in the fold, too.

Leicester City defender Jonny Evans, who played in both games in November, is still recovering from a hamstring injury which required surgery – the injury was picked up while he was playing for his club in December - so he has not been included for this month’s games.

Also missing out this time are St Mirren winger Jordan Jones, Nottingham Forest striker Dale Taylor, Newcastle United defender Jamal Lewis, Charlton striker Conor Washington and Doncaster Rovers wing back Ethan Galbraith, although he is expected to be in the U21s panel for a Euro qualifier away to Slovakia on 25 March.

Northern Ireland squad for friendlies against Luxembourg and Hungary: