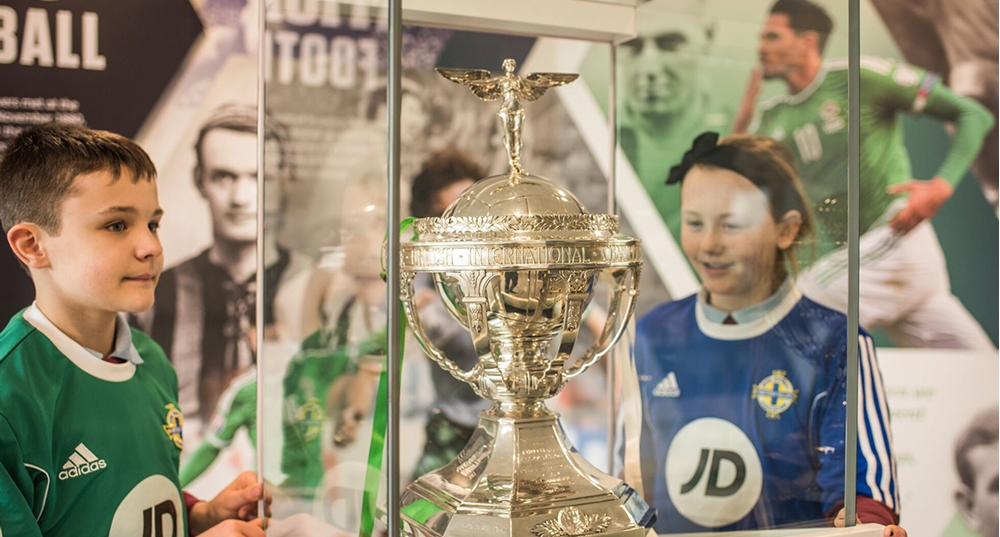 The Irish FA’s Education and Heritage Centre is celebrating its fifth anniversary this week.

The centre, which has welcomed more than 25,000 people through its doors since opening in March 2017, tells the story of Northern Ireland football using a variety of media, interactive displays and key artefacts from the 1880s to the present day.

Part of Irish FA Tours, it is operated by a 20-strong team of experienced and knowledgeable volunteers who are supported by Irish FA staff, and it’s rated number two out of 223 things to do in Belfast on Tripadvisor.

The centre housed in the National Football Stadium at Windsor Park has had quite a rich history of its own over the past five years.

It has been visited by The Duke and Duchess of Cambridge, President of Ireland Michael D Higgins and a diverse range of groups and clubs as well as people from around the globe.

As the world’s fourth oldest governing body, the story starts with the creation of the Irish Football Association in 1880 and weaves its way through three appearances at World Cup finals to the country’s first appearance at a European Championship finals in France in the summer of 2016.

And plans are in the pipeline for a new display on women’s football which includes the senior women’s team’s journey to a first appearance at a major tournament, UEFA Women’s Euro 2022 in England this summer.

Gary Thompson, one of the tour guides, explained: “The official opening was on Monday 6th March 2017 and I had the pleasure of guiding the first ever paying customers on the first public tour the very next day, on the 7th.

“After all the training and time spent acquiring the detailed knowledge of the history of the Irish FA since 1880, and familiarisation with all the memorabilia and interactive displays in the centre, it was a fantastic experience to get the opportunity to showcase the new stadium and all that is best about the Irish FA and our international teams.”

Gary said the visit to the centre by The Duke and Duchess of Cambridge in February 2019 was a personal highlight for him.

He revealed: “It was an honour to talk to them about our volunteering role and especially the educational aspect of the work we do with school groups. Also I never thought I would ever be having a conversation with a future King about the prospect of his team, Aston Villa, being promoted to the Premier League.”

Fellow guide Ken Breakey loves showing people around the centre and the stadium. He said: “Probably the nicest part is meeting Northern Ireland supporters who are living abroad. One young man said the tour was better than the Barcelona one, which I was really chuffed about.”

The centre also undertakes outreach work along with the Irish FA Foundation, including initiatives supported by Together: Building a United Community (TBUC) and EU Peace IV funding.

Its Heritage In A Box tour, organised with support from Heritage Lottery Fund, visited more than 30 primary schools in pre-Covid times. Over 2000 Key Stage 2 pupils engaged with the roadshow, from the Greater Belfast area to Derry-Londonderry and Omagh and everywhere in between.

And during Covid lockdowns online heritage workshops were delivered to thousands of schoolchildren.

During the pandemic its doors were closed for over a year. It reopened with restrictions and limitations, with support from the Heritage Lottery Recovery Fund.

Jemma Thornbury, Commercial Events Officer with the Irish FA, who helps to run Irish FA Tours, said: “The support from tour guides post Covid has been invaluable. They were keen and eager to return to their roles.”

Displays at the centre are regularly updated, while a digital archive is also a relatively new feature. And later this month visitors will be able to use hand-held multi-media guides.

Irish FA Tours aims to conserve and promote the heritage of Northern Ireland football for current and future generations through its tours and other activities.

The tours enable fans to look behind the scenes when they visit the National Football Stadium at Windsor Park. And the Education and Heritage Centre is a focal point.

To book a place/s on a tour go to www.irishfa.com/tours 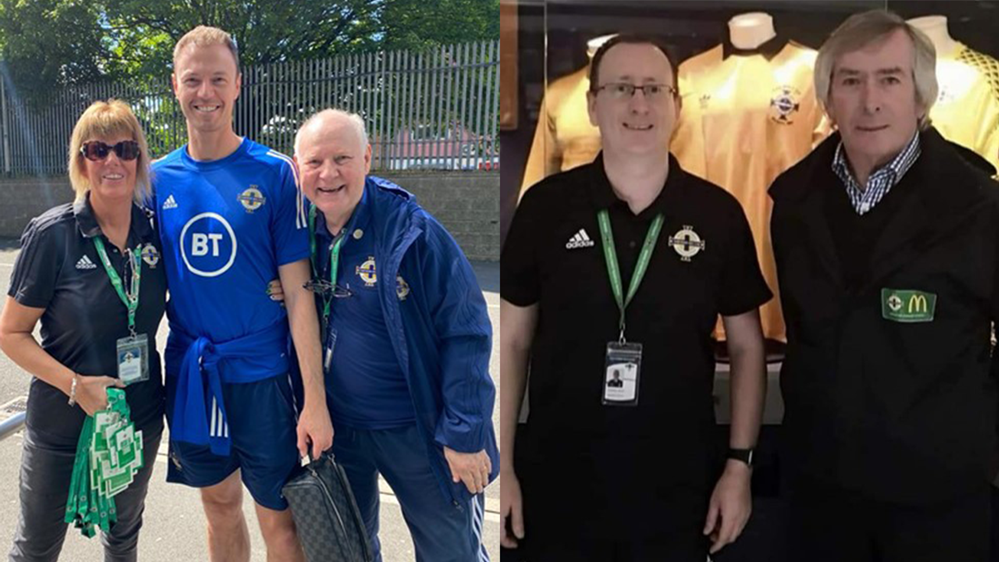 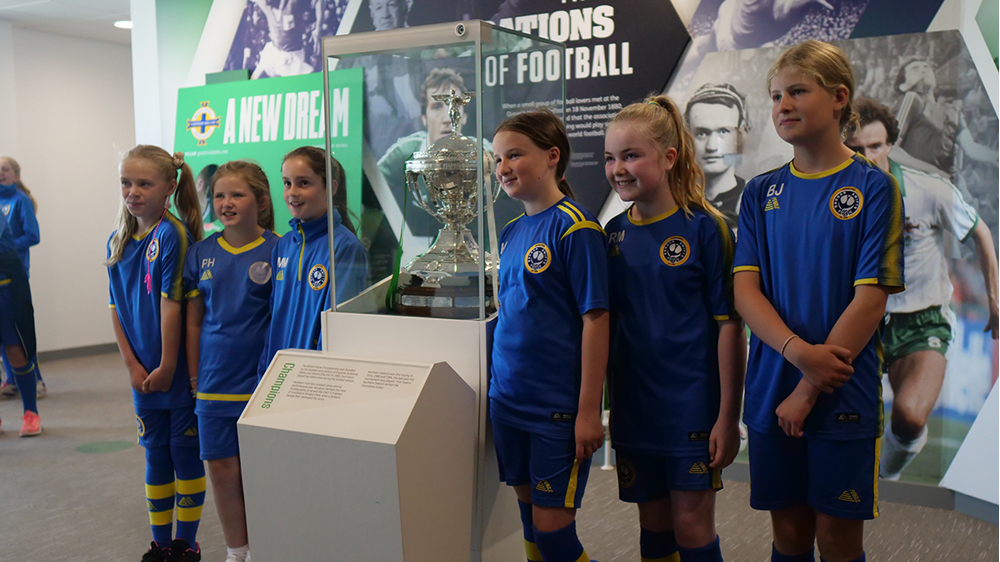 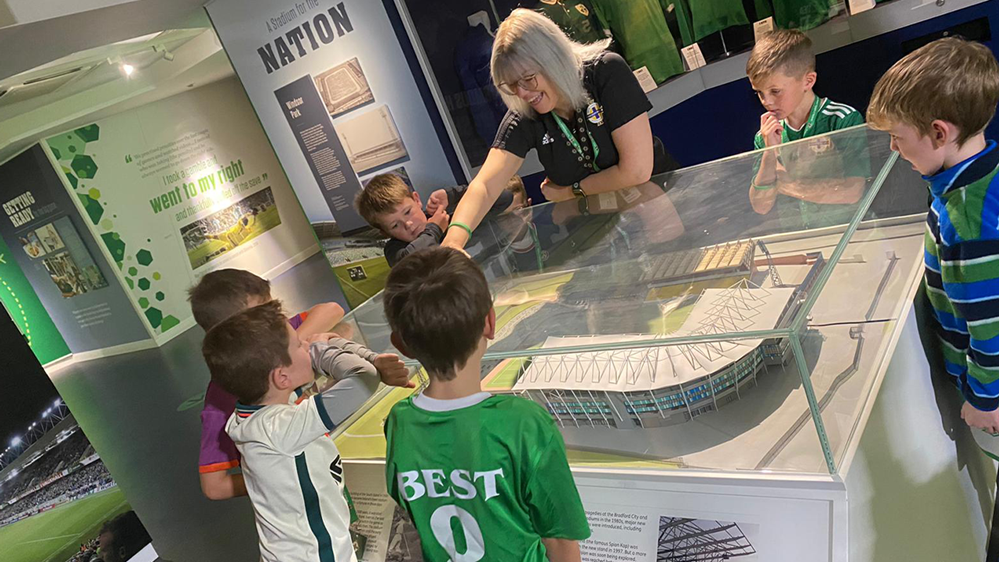 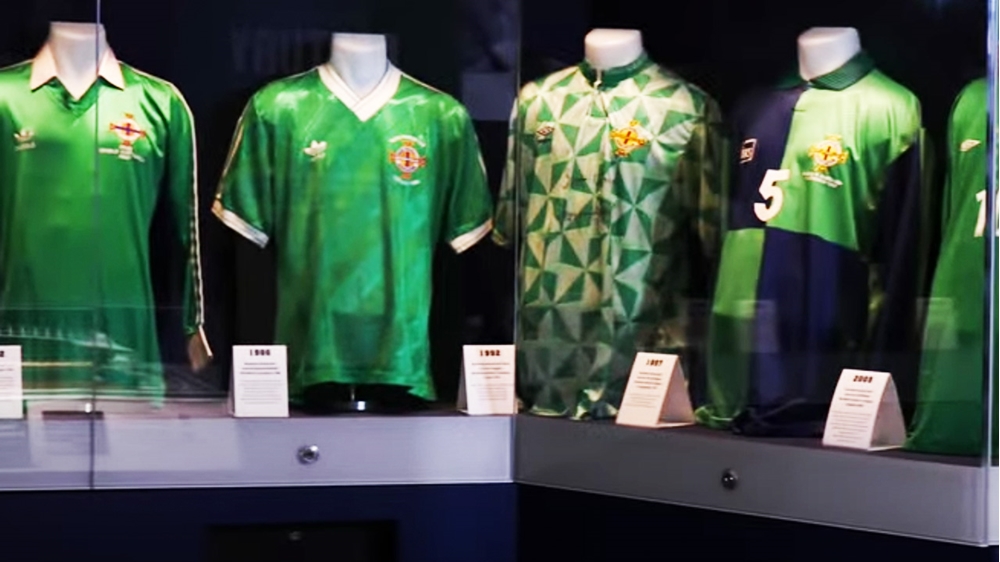 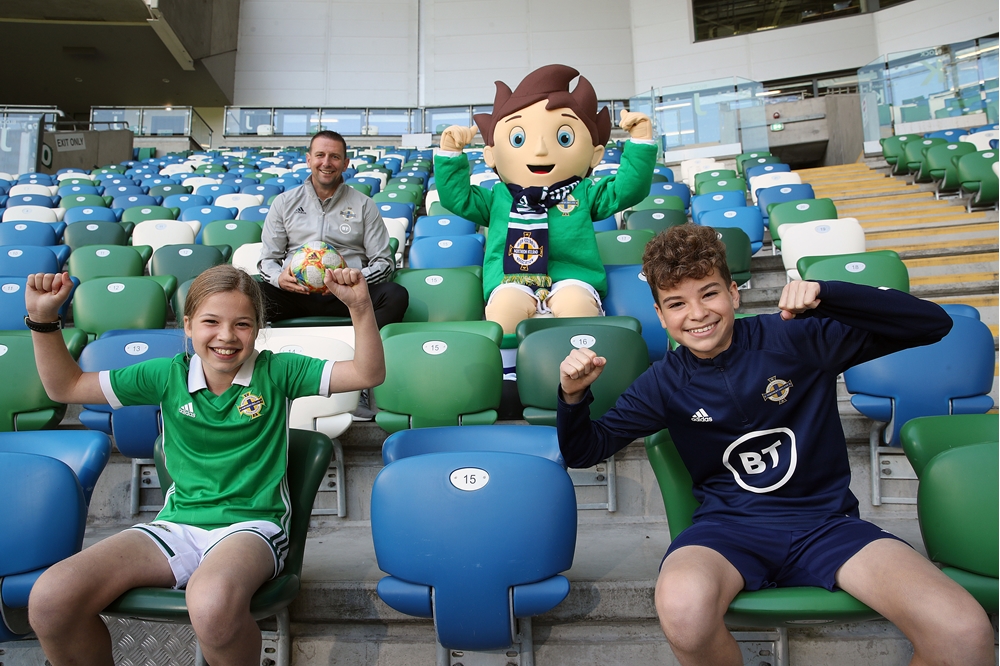 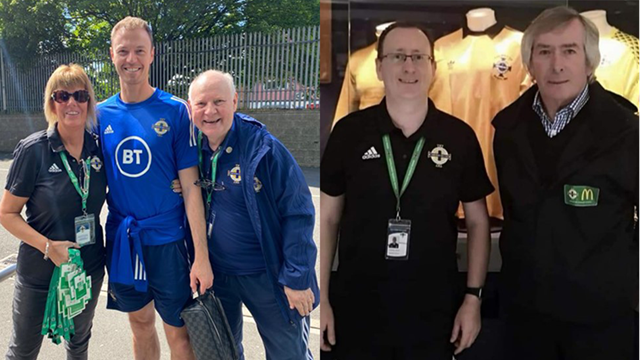 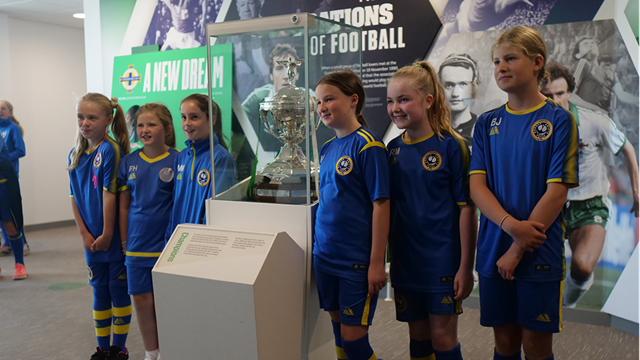 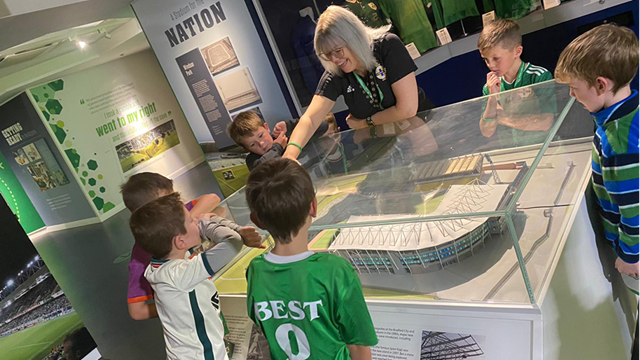