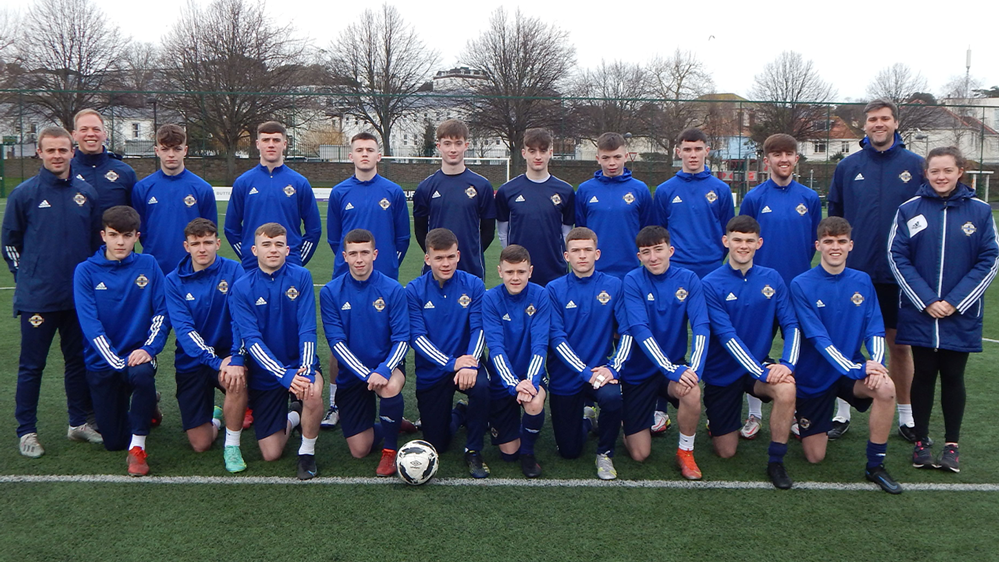 This year’s Centenary Shield competition is due to kick off later this week – and Northern Ireland are set to feature in the first game.

This spring the Northern Ireland U18 Schoolboys team will once again be competing against their counterparts in England, Scotland, Wales and Republic of Ireland for the SAFIB (Schools’ Association Football International Board) trophy.

The Centenary Shield competition has not been completed in the past two years due to Covid, however the 2022 edition is scheduled to get under way on Thursday (3 March) and will run for eight weeks. 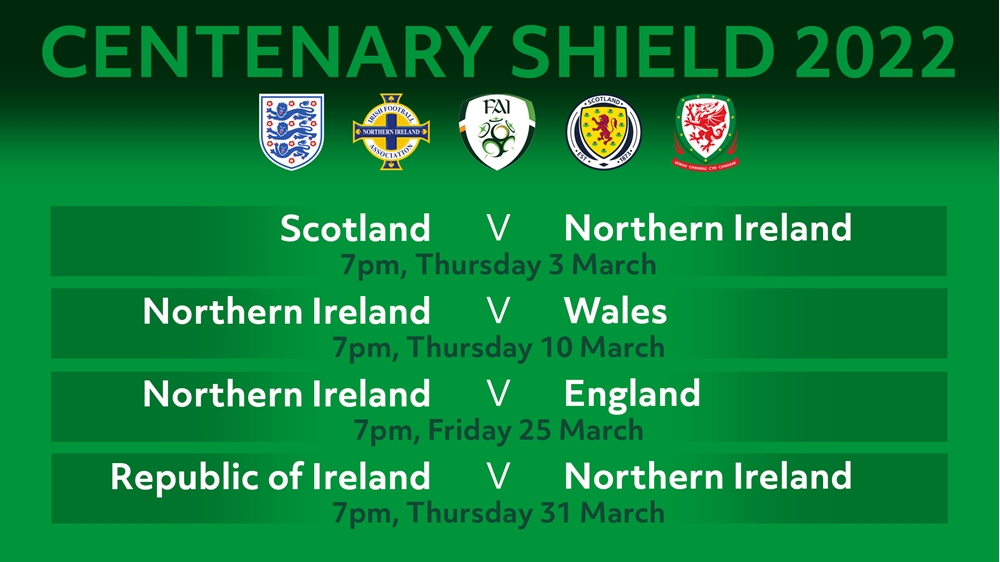 And SAFIB has agreed a deal for all four of Northern Ireland’s matches, plus all the other games in the competition in March and April, to be livestreamed by the BBC.

Matchday one will see the U18 Schoolboys team, run by the Northern Ireland Schools’ FA with support from the Irish Football Association, take on Scotland at Renfrew FC’s ground in Renfrewshire (7pm start).

Team boss Frankie Wilson says his side face a tough first game in their defence of the trophy they won in 2019.

He pointed out: “We have worked extremely hard in team selection this year. We have watched more school and club games than ever before as we have missed the last two years due to Covid. This means that we have had to start the team from scratch rather than bringing players through as we have done in previous years.

“We look forward to playing in Renfrew. It’s a lovely ground where we are always treated so well by our Scottish Schools’ FA friends. The Scotland games have been close encounters and we envisage a similar pattern.”

Wilson knows it will be vital to get a result against the Scots in his team’s quest to retain the shield.

He added: “We have some excellent players in our squad. We have boys who are already playing senior football in Northern Ireland and this does help us against the other nations. We desperately want to retain the coveted shield and extend our 24-game unbeaten run in the Centenary Shield, which began in March 2017.”

Through the broadcast agreement the Centenary Shield games will be shown live across BBC iPlayer, the BBC Sport app and connected Red Button. All of the matches kick off at 7pm.

Northern Ireland will also be in action on matchday two. They are due to face Wales next Thursday (10 March) at the revamped Blanchflower Stadium in east Belfast which is now the home of Harland and Wolff Welders FC.

And they are scheduled to be back at the Welders again on Friday 25 March when England will provide the opposition.

Their final game in the competition is away to Republic of Ireland Schoolboys on 31 March. The venue is set to be Buncrana Hearts FC’s ground in Co Donegal.

The Centenary Shield was presented to SAFIB in 1973 by the Scottish FA to mark the association’s centenary year. It is contested by U18 boys’ teams representing the schools’ football associations of the home nations and Republic of Ireland.

Northern Ireland warmed up for this year’s competition with a short tour to the Channel Islands where they drew 2-2 with Jersey’s U18s and defeated Jersey’s U21s 5-1. Both games were staged at the Springfield Stadium in St Helier.

The U18 Schoolboys squad for the game against Scotland is: