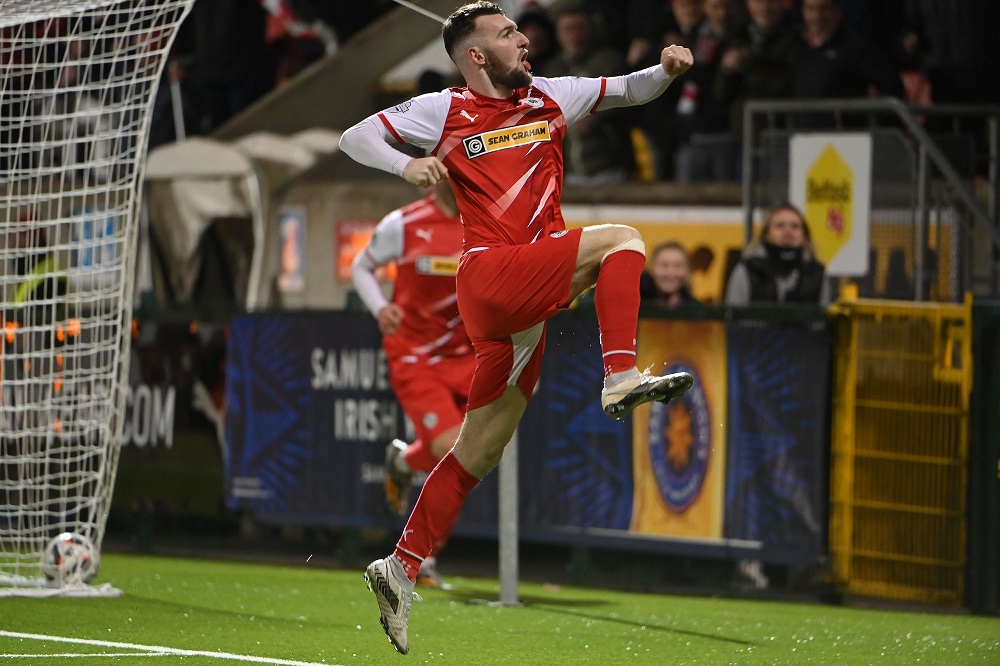 Cliftonville booked a place in the last four of the Samuel Gelston’s Whiskey Irish Cup with victory over Coleraine at Solitude.

The Reds were forced to come from behind to get past the Bannsiders but started brightly when Ryan Curran attempted an acrobatic finish inside the opening 10 minutes while, not long after that, Kris Lowe produced a diving save from keeper Gareth Deane.

However the deadlock was broken midway through the first half in favour of the visitors after Lyndon Kane sent a right-foot driven finish past Luke McNicholas into the far corner after combining with Patrick Kelly to create the opening.

Cliftonville responded just over 10 minutes into the second half through Joe Gormley who turned supersub - moments after coming on for Rory Hale - to connect with a Jamie McDonagh cross to the far post to turn the ball home from point blank range.

McDonagh then got on the scoresheet himself to ultimately win the game for Paddy McLaughlin's side with a stunning 65th minute strike from just outside the area with Deane rooted to the spot.

The action continues on Saturday afternoon with another three intriguing ties on offer.