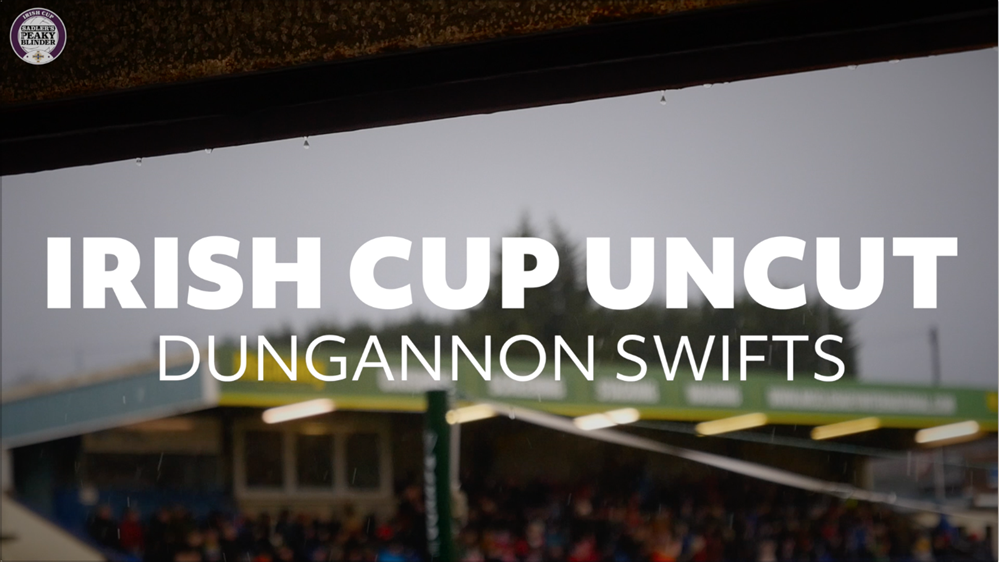 We went behind the scenes of the Sadler's Peaky Blinder Irish Cup quarter-final between Dungannon Swifts and Cliftonville.

In a game that experienced very harsh weather conditions we were able to get a feel for how much it meant to both sets of fans watching their teams play for a place in the semi-final.

Manager Kris Lindsay revealed: "We don't have a lot of money or a huge amount of supporters so we have to have that real community feel to our club and you can really see that.

"The fans we have are really loyal and you can see that shine through on a day like this with such bad weather conditions. They still come out and support us and that's what it's all about."

In the video at the top of the page you can see the highlights from a close game that saw Cliftonville progress into the semi-finals. We hear from the people behind Dungannon Swifts from the club secretary to the fans in the stand.