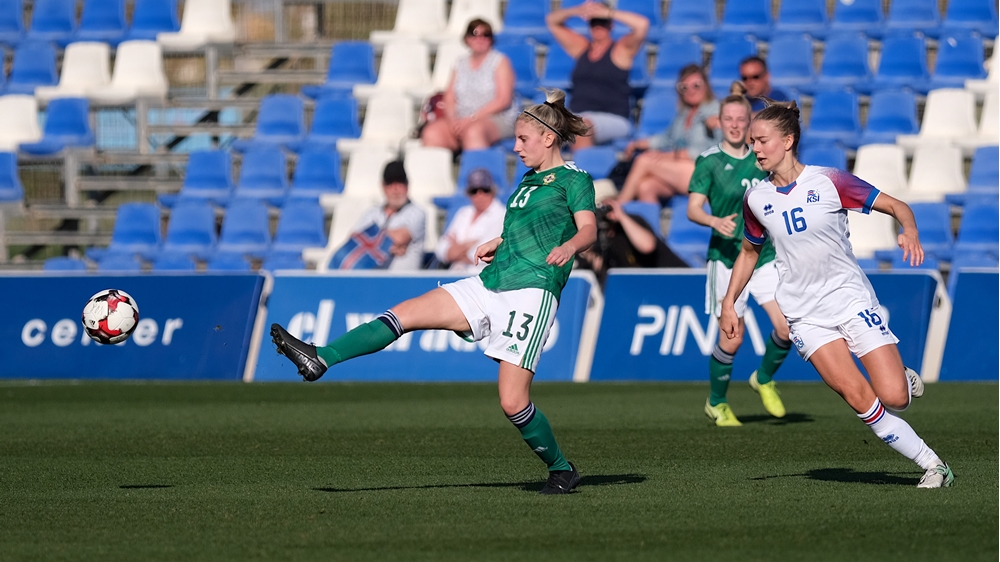 Northern Ireland senior women were edged out by Iceland in their opening Pinatar Cup clash in Spain this afternoon.

A solitary strike from Dagny Brynarsdottir proved to be the difference - and it was hard on Kenny Shiels’ charges who delivered yet another promising display.

There was a first senior international start for Kelsie Burrows who looked comfortable alongside centurion Julie Nelson at the heart of defence. Shiels also gave senior bows to Danielle Maxwell and Casey Howe.

After a solid start from both teams it was Iceland who broke the deadlock when Brynarsdottir’s cross-shot from wide right deceived everyone, looping into the net.

In the closing stages of the first half it was Northern Ireland who were in the ascendancy with Lauren Wade posing the central threat. She went close on three separate occasions only to be thwarted each time by Iceland stopper Cecilia Runarsdottir.

At the other end Burns, who delivered an assured performance, made another good save from Rakel Honnudottir's close-range effort shortly after the re-start.

Northern Ireland’s best chance of the second session fell to Liverpool midfielder Rachel Furness. She controlled Sarah McFadden’s pass on the edge of the area only to see her right-foot shot saved by Runarsdottir.

Bolstered by the young blood of debutants Howe and Maxwell, as well as Caitlin McGuinness who replaced Everton forward Simone Magill, Northern Ireland pressed for a late equaliser but it proved elusive in heat of the Spanish sun. 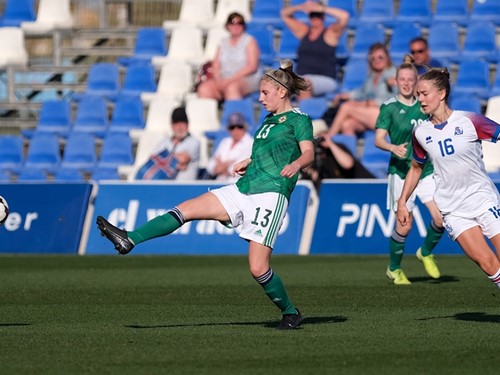 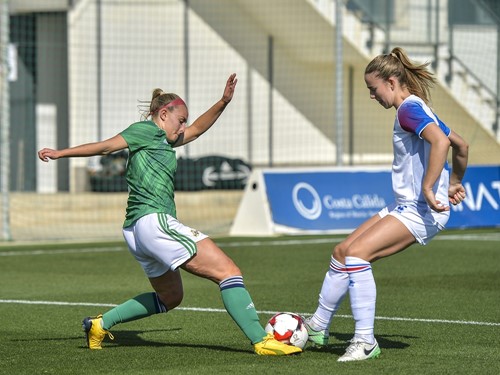 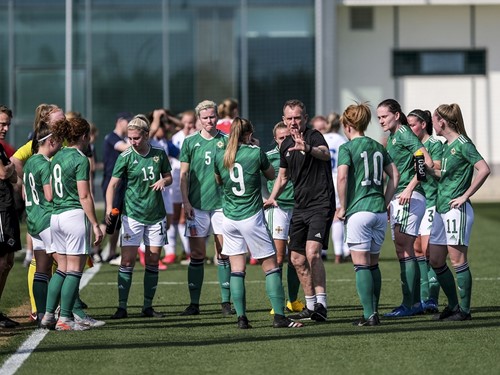 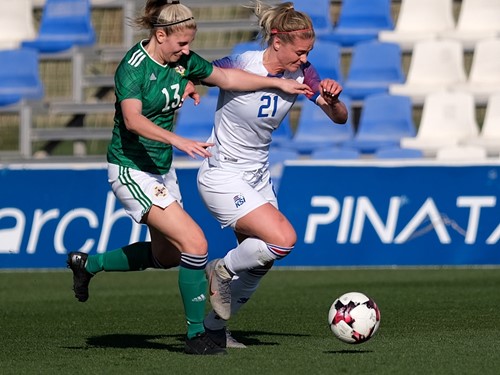 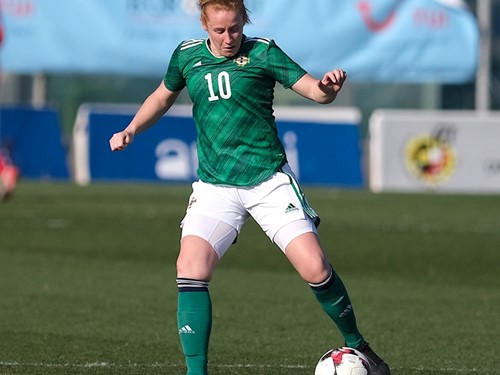 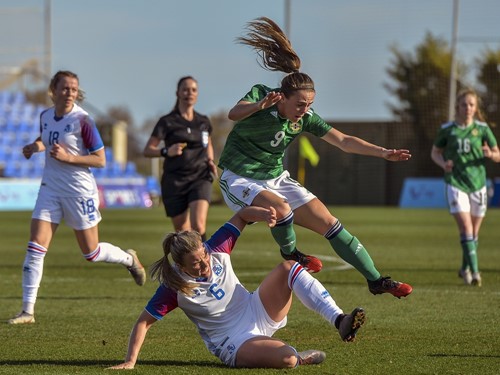 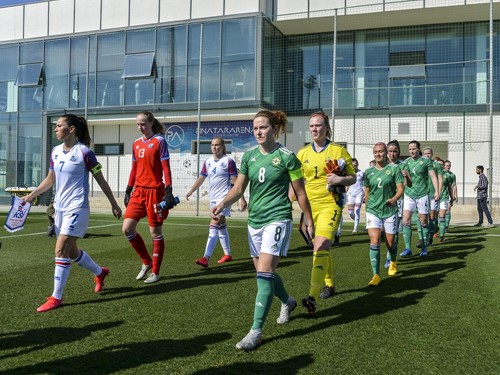 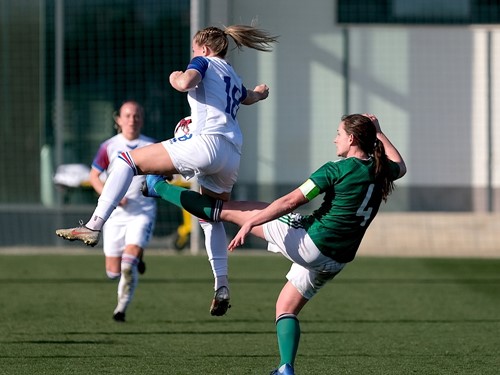 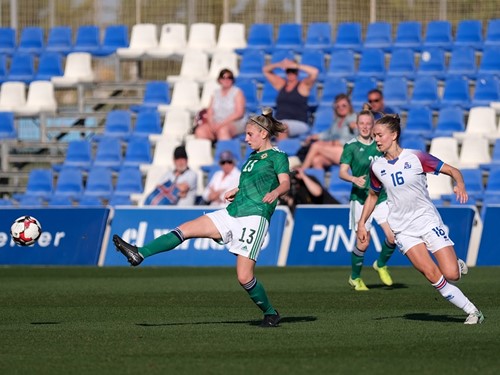 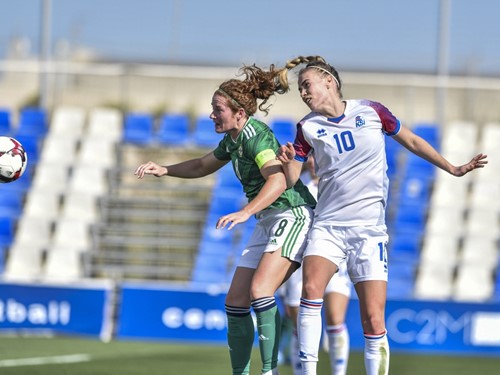