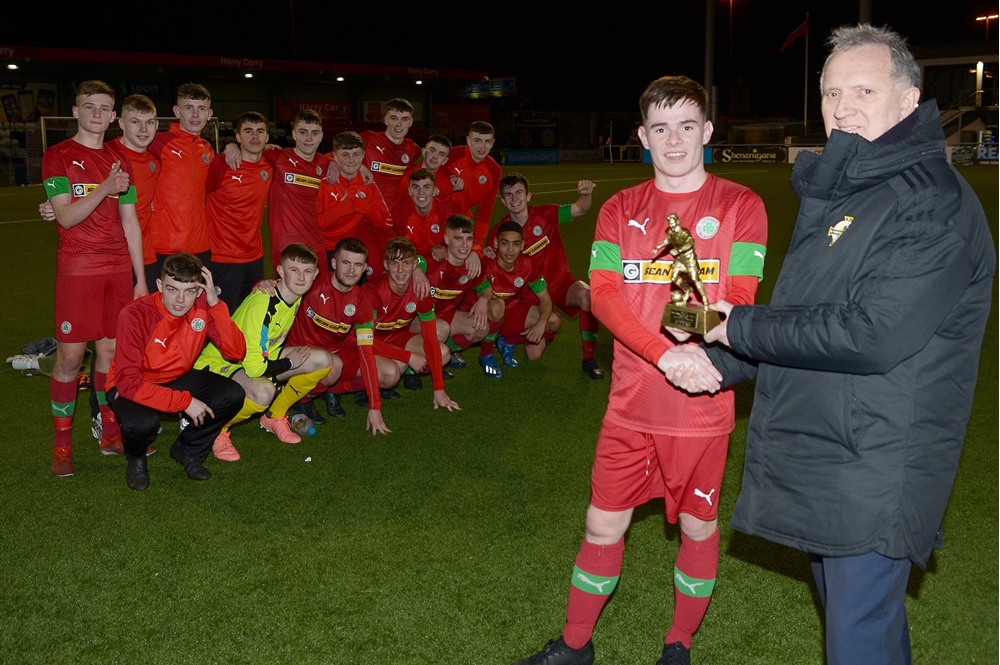 Cliftonville Strollers fought back from a goal down to defeat Glentoran Colts in the second Harry Cavan Youth Cup semi-final at Seaview.

The Glens had led at the break but two goals in the latter part of the second half booked a place in the decider for the 'Wee Reds' against Institute U18 later in the season.

A bright start to the game produced chances at either end with both keepers being kept busy throughout.

However, it took until the 44th minute for the deadlock to be broken when Charlie Lindsay went on a well timed run to reach the edge of the area and unleash a powerful shot past Declan Breen.

Glentoran were reduced to ten men on 65 minutes when Caolan McBride was shown a straight red card for violent conduct, and from that it took Cliftonville just a further six minutes to carve out the equaliser through Conor Scannell's effort from just inside the box.

But Scannell went from hero to villain on 82 minutes when he was dismissed for serious foul play to leave it 10-a-side going into the final few minutes of normal time.

Cliftonville had the last laugh, though, when just three minutes after that Peter McKiernan bagged what proved to be the winner after skipping past a defender to beat advancing keeper Dylan Graham with a powerful low shot.

Picture: Robert Doherty of the Irish FA Youth Committee presents Cliftonville's Peter McKiernan with his 'man of the match' award as his team-mates look on (Credit: Gary Hancock)