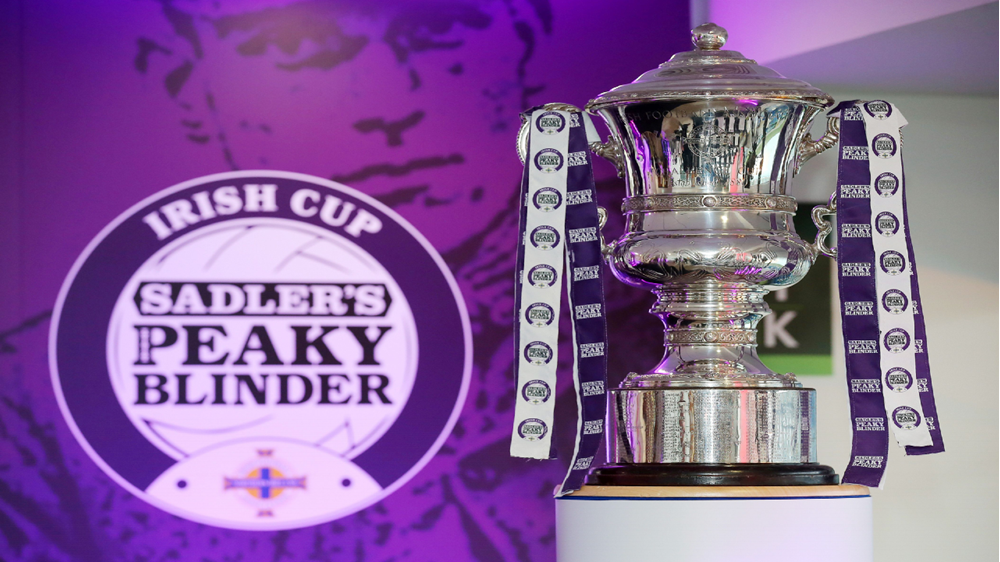 The dates and venues for this season’s Sadler’s Peaky Blinder Irish Cup semi-finals were confirmed today.

The first semi-final, featuring Ballymena United against Coleraine, is due to be staged at The Oval in Belfast on Friday 27 March (7.45pm kick-off). And it will be broadcast live on both television and online by BBC Northern Ireland.

The second semi-final - Cliftonville v Glentoran - is set to be played at the National Football Stadium at Windsor Park in Belfast on Tuesday 7 April (7.45pm).

This season’s final will be staged at the National Football Stadium at Windsor Park on Saturday 2 May. 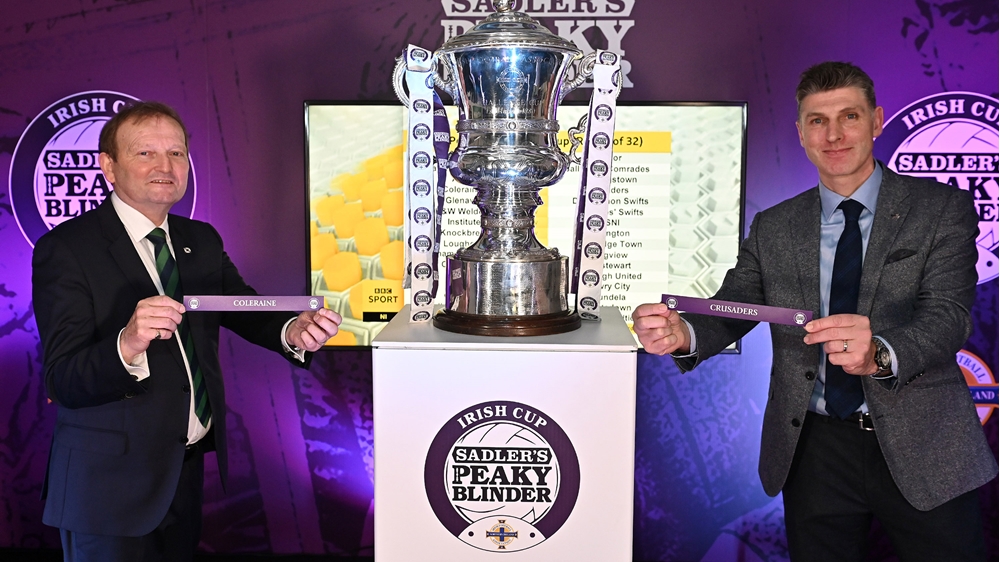