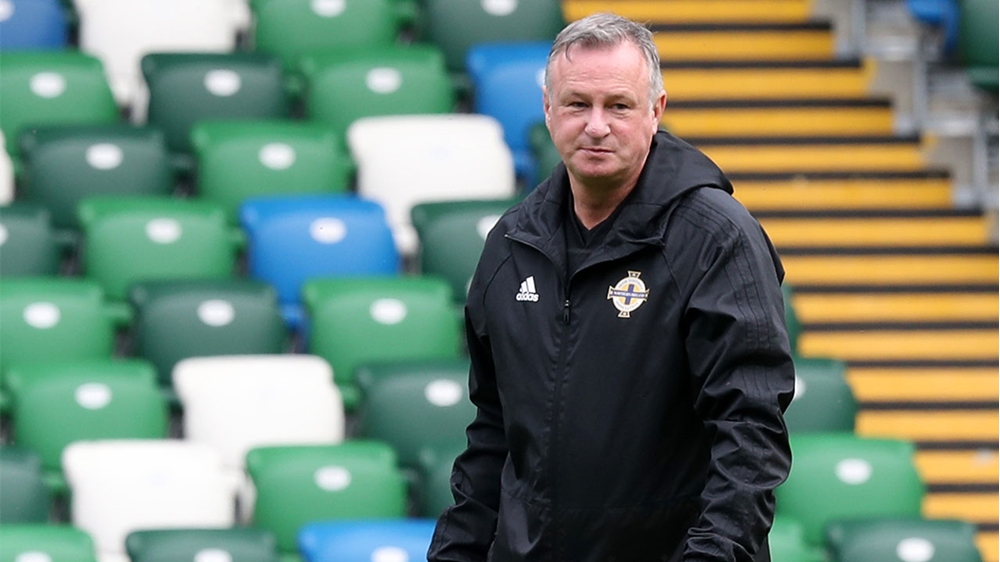 Northern Ireland manager Michael O’Neill believes his team have “nothing to lose” in tonight’s Euro 2020 qualifier against Germany.

The boys in green and white are the only side in Qualifying Group C - they have registered four wins out of four - with a 100% record to date and the manager says there is belief in the squad that they can qualify for next year’s UEFA European Championship finals.

The manager said: “I like the look of our team at the minute. I think we’ve more pace in the team than we’ve possibly ever had. It’s a younger team than we had previously, for France in 2016, and we’ve nothing to lose in going head-to-head against both Germany and Holland.”

And Northern Ireland captain Steven Davis said he believes all the pressure is on Germany as they are the clear favourites to win the game.

Tonight’s encounter against the Germans at the National Football Stadium at Windsor Park (7.45pm start) is the first of four matches this autumn – Germany and Netherlands home and away – which could lead to “something special”, according to the manager.

Michael O’Neill said: “I think, personally, if we can qualify out of this group, with Holland and Germany in there, and we split Holland and Germany, it’s up there with anything that any Northern Ireland squad has done in the past. I genuinely do.

“And that’s the challenge for the players. They have a real opportunity here to do something special.”

Germany were visibly rattled by their 4-2 defeat to the Netherlands in Hamburg on Friday night.

They played three at the back in that game, and looked vulnerable in the defensive third, however the German media are expecting them to go 4-4-2 in a game which their manager Joachim Low says is “a must win”.

It may be a good time to play them - when their confidence has been dented - however Michael O’Neill has told his players to beware the wounded animal.

In his matchday programme notes the Northern Ireland boss points out: “Regardless of the squad they select we know they will always be strong, always be talented, always be difficult opponents and always provide a challenge.

“Their players are top quality, they play for top teams and challenge for honours everywhere they play."

RB Leipzig striker Timo Werner was also a doubt, however he has travelled to Belfast.

It is also believed Bayern Munich goalkeeper Manuel Neuer, who is due to captain his country tonight, is carrying a slight knock but will play.