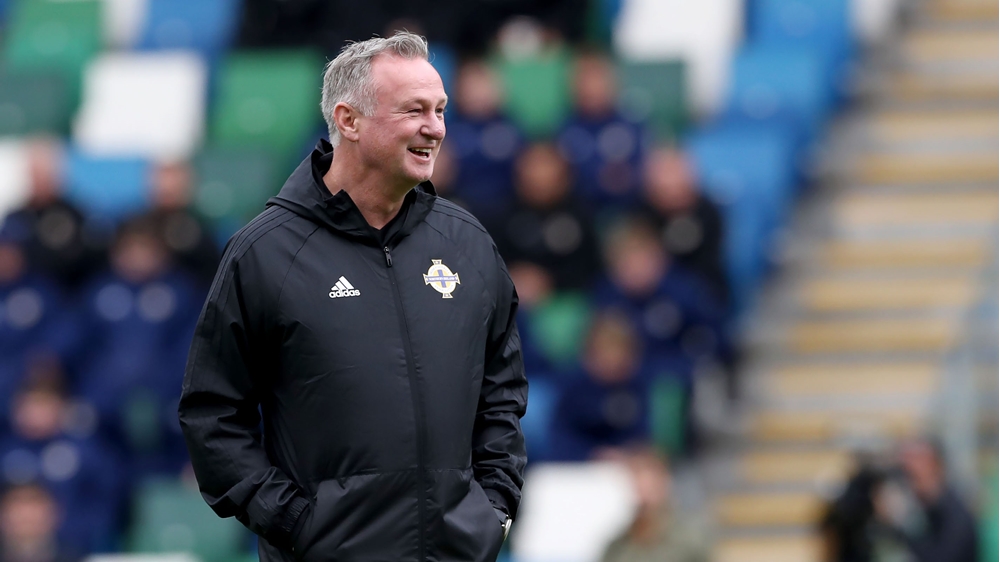 Northern Ireland take on Luxembourg in an international challenge match at the National Football Stadium at Windsor Park tonight (kick-off 1945).

Midfielder Corry Evans will captain Northern Ireland for a second time having previously been handed the armband for his 50th appearance in a Nations' League clash away to Bosnia in October.

“It’s going to be a great honour and something I’m really looking forward to. I captained the team out in Bosnia for my 50th cap and it will be extra special to lead the team out at Windsor,” said Evans.

With a crucial UEFA Euro qualifier against Germany looming large, manager Michael O’Neill could be set to name a much-changed side from Northern Ireland’s last outing – the 1-0 win over Belarus in June.

Opponents Luxembourg are using tonight’s friendly as preparation for their Group B qualifier at home to Serbia on Tuesday.

Looking ahead to the game and focusing on the younger players who have linked up with the squad, O’Neill said: “We’ve had a number of young players up with us this week. A number of the Under-21s have been up.

“I think in the past 12 months there has been as many as 10 of Ian Baraclough’s previous squad that have progressed into the senior squad and some have stayed there; the likes of Jordan Thompson in particular. It gives those players an opportunity to perhaps get game time as well.

“Luxembourg have had a good start to their campaign and have had a number of good results in recent years. They’ve drawn away with France and they have been narrowly beaten by bigger nations so they will prove a tough challenge.

“The most important thing is that the players who come in get the chance to perform and give me something to think about, not only for Monday, but for the remainder of the campaign as well.”

Northern Ireland have met Luxembourg on three occasions in the past and both sides have a win, a draw and a defeat to their name.

The last meeting, a World Cup qualifier in 2013, ended in a 3-2 away defeat for Michael O’Neill’s side.

The sides drew 1-1 a year earlier at Windsor Park when Dean Shiels was on target in Belfast.

In their first meeting in 2000, a David Healy double and a late strike from James Quinn helped Sammy McIlroy’s to a 3-1 win at Barthel Stadium.