Washington out for three months with hamstring tear 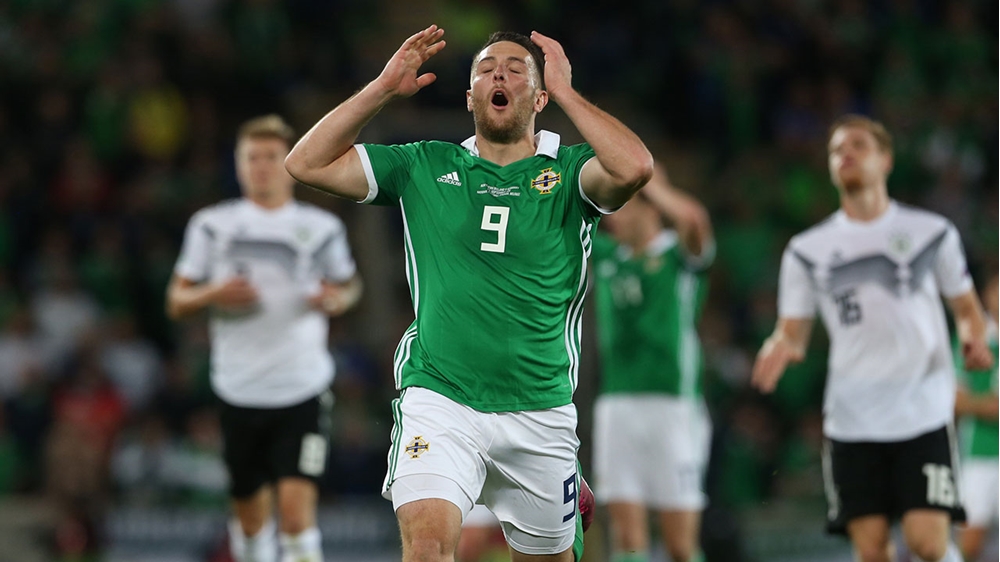 Northern Ireland striker Conor Washington will be out of action for three months after suffering a hamstring tear in Hearts 3-2 defeat to Motherwell.

It's a blow to Michael O'Neill with Washington having started the last two qualifiers against Belarus and Germany after scoring the equaliser in the 2-1 win against Estonia in June.

Hearts announced the news on their website saying: "The Northern Ireland striker had to leave the field of play with seven-minutes remaining after stretching for a ball into the box and injuring his hamstring. Scans have since identified a tear, which means he’ll be out of action until December."

This news therefore means the striker will not be involved in the final three UEFA Euro 2020 qualifiers which end on 19 November against Germany in Frankfurt.