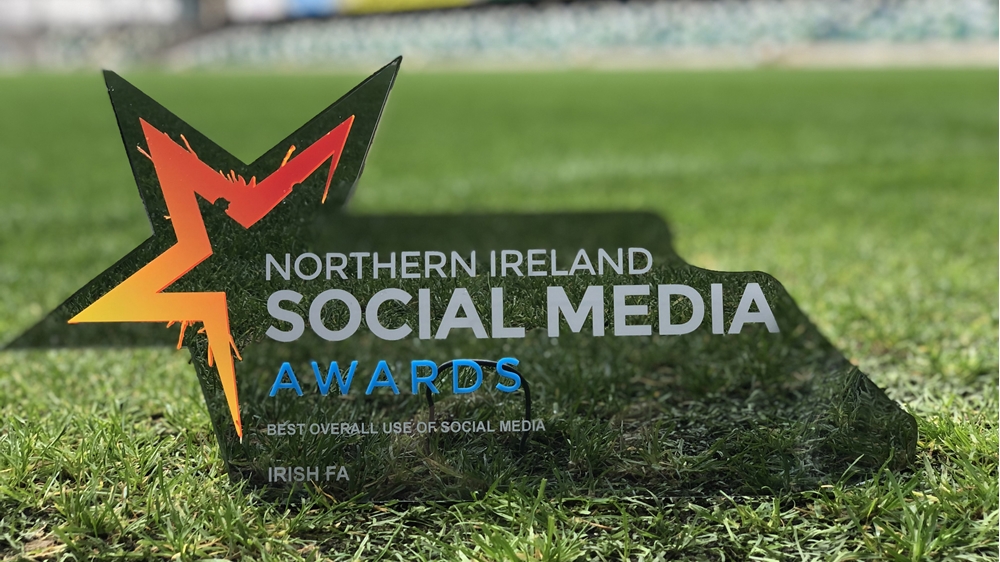 The Irish Football Association has fought off stiff competition to win a top award recognising excellence in its social media output.

John Gillespie, Digital Manager at the Irish FA, said: “I am absolutely thrilled that our team has won this prestigious award. The team work so hard to produce compelling social media content that showcases the work of the association, the IFA Foundation and our national teams. This award is fantastic recognition of everyone’s creative output.”