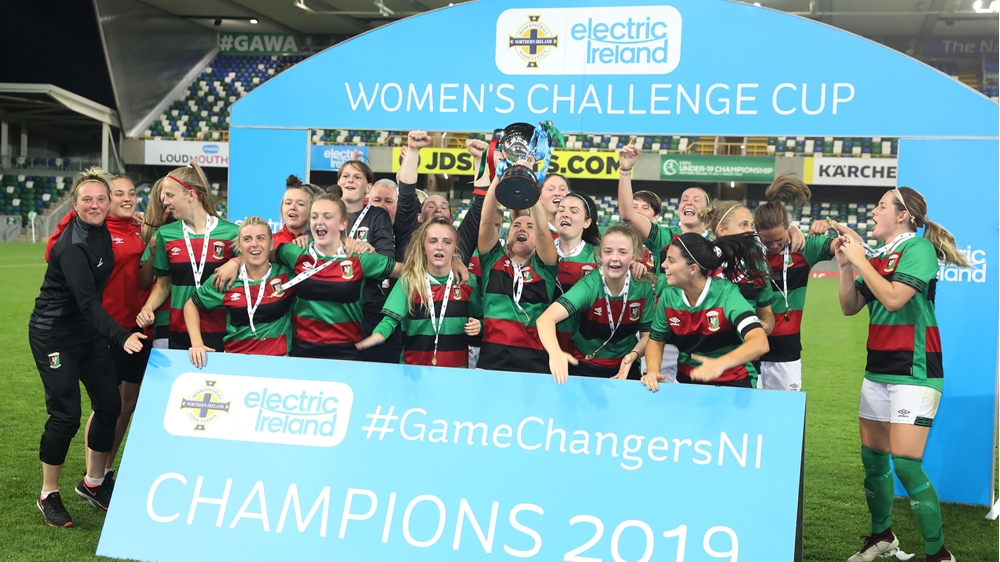 It was a scrappy game at the National Football Stadium at Windsor Park in front of 1300 spectators this evening and a goal from Emma McMaster, playing only her fourth game for the Glens since moving across the city from Cliftonville, proved decisive.

The gritty 1-0 victory helped the Glens to claim their third trophy of the season and retain the cup they won by defeating the Blues in last year’s decider. The Glens have already won the League Cup and County Antrim Cup in 2019.

The only goal of the match came after five minutes. Glens midfielder Demi Vance drifted past a couple of defenders and unleashed a fine 30-yard shot which was parried and pushed up in the air by Linfield keeper Lauren Perry – but Glens midfielder McMaster pounced to bundle the ball into the net.

The lively Vance pushed forward again on 11 minutes, forcing a corner with a low drive which deflected off international team-mate Ashley Hutton. Moments later Vance swung an excellent cross into the area but none of the Glens’ attackers could get on the end of it.

In the 17thminute Linfield midfielder Chloe McCarron shot wide from 20 yards, and then the Glens’ Kelly Bailie scooped an effort wide of the target.

Both defences were largely on top during the first half with clearcut chances few and far between.

On the stroke of half-time Vance produced another superb delivery from a free-kick, however Glens forward Rachel Rogan could only head the ball straight at Perry from six yards.

Both teams huffed and puffed at the start of the second half before Glens midfielder Makyla Mulholland, scorer of two goals in last year’s final, got on the end of a Vance corner to plant a header just past the upright.

In the 69thminute Linfield had the ball in the net, however the ‘goal’ was ruled out. Blues captain Kirsty McGuinness fed Louise McFrederick down the left and her low cross was tucked in by Caitlin McGuinness, however McFrederick was adjudged to have been offside when she crossed the ball. It was a close call.

On 73 minutes Regan Lehman’s last ditch clearance for the Glens almost resulted in an own goal and Linfield’s Casey Howe shot over the top just minutes later.

Then it was the Glens’ turn to push forward and Mulholland’s long range strike drifted inches wide of the post. And in the 87thminute she raced forward again but her shot was well stopped by Perry.

In the closing stages the Blues upped the ante and the Glens had to dig deep to keep them out. In the end though the Emma McMaster goal was enough to win it for the team from east Belfast against their south Belfast rivals, who are still in with a chance of lifting the Danske Bank Women’s Premiership crown this season. 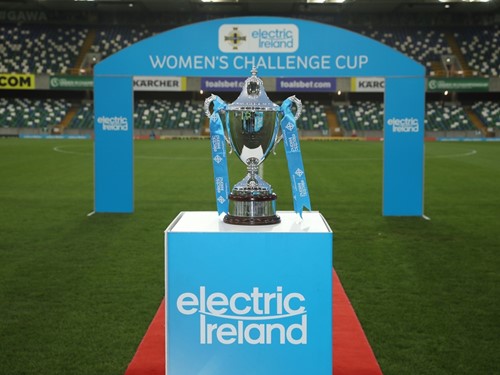 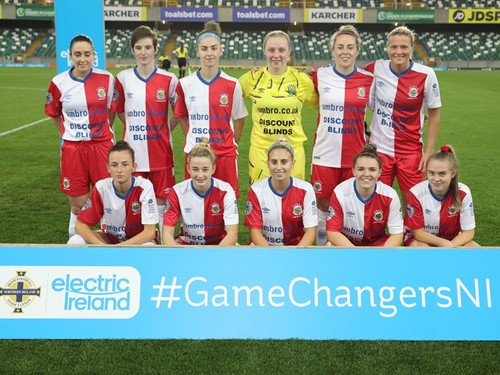 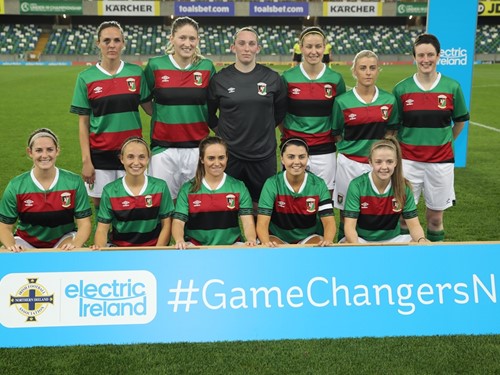 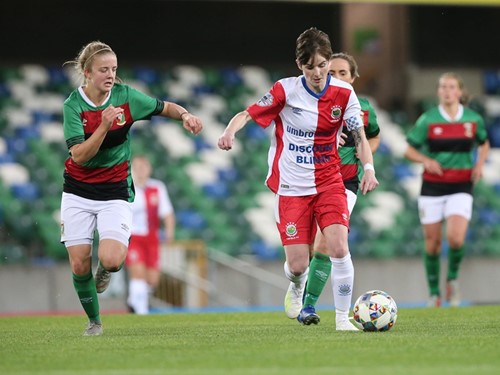 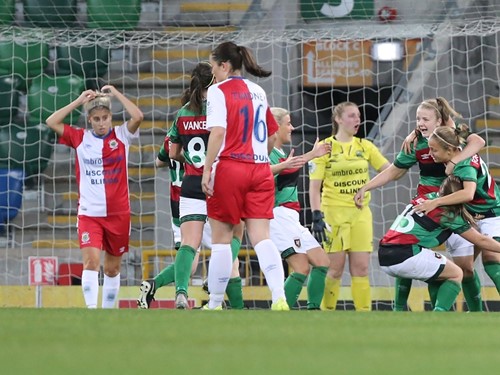 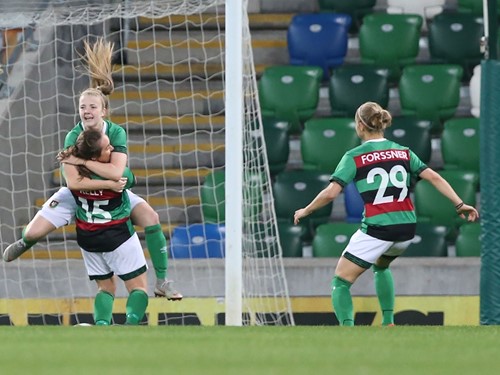 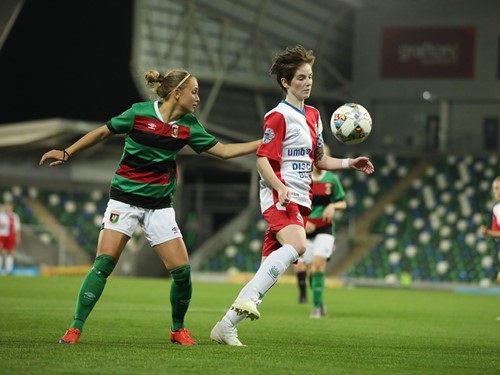 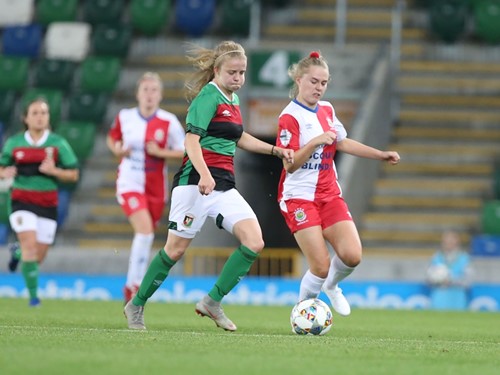 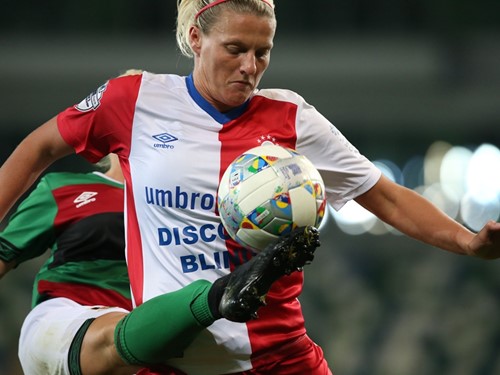 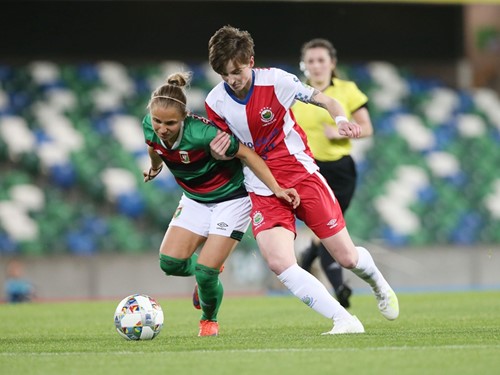 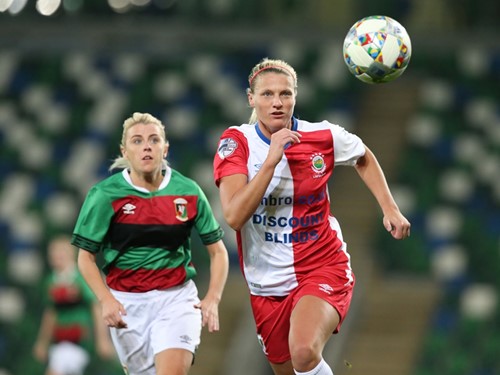 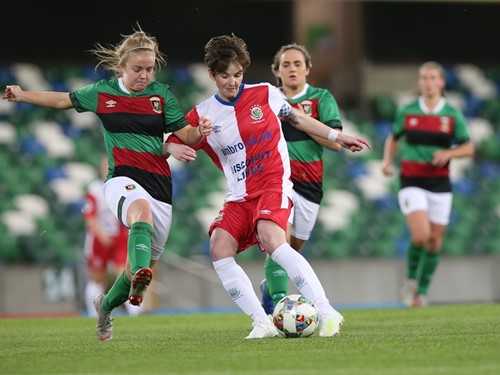 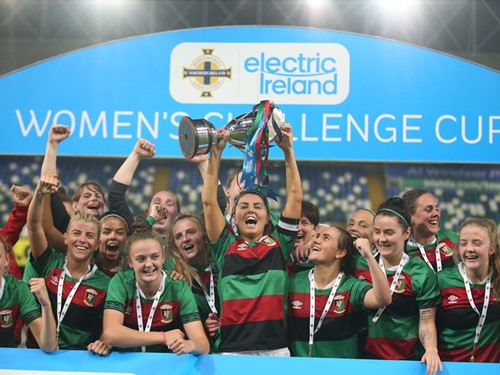 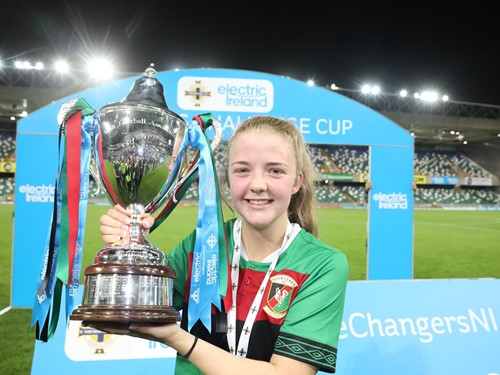