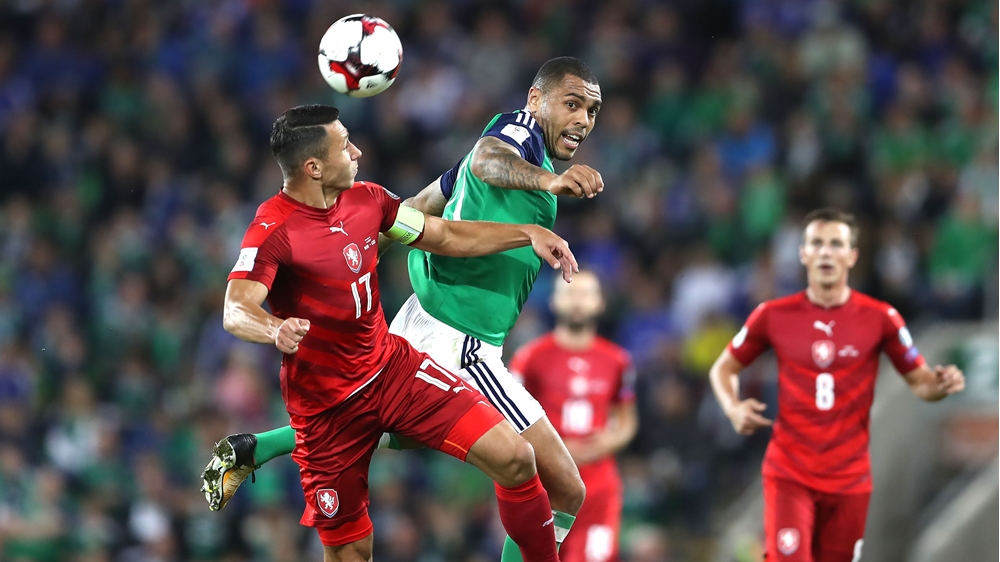 Northern Ireland will play the Czech Republic in an international friendly on Monday 14 October.

It will be the seventh time that the two have met and the first time that Northern Ireland has played the Czech Republic in a challenge match.

The game will be played four days after Michael O’Neill’s side takes on the Netherlands in Rotterdam in UEFA EURO 2020 qualifying and will serve as crucial preparation for the return game against the Dutch and the away game against Germany in November.

Northern Ireland beat the Czech Republic 2-0 at the National Football Stadium at Windsor Park in the last match between the two countries thanks to goals from Jonny Evans and Chris Brunt. The two also played out a goalless draw in the opening group C game of 2018 FIFA World Cup qualifying.

The Czech Republic are in group A of qualifying and suffered a heavy 5-0 defeat to England in their opening game. They host England on 11 October, three days before the game against Northern Ireland.

The venue for the Northern Ireland match has still to be confirmed by the Czech FA.