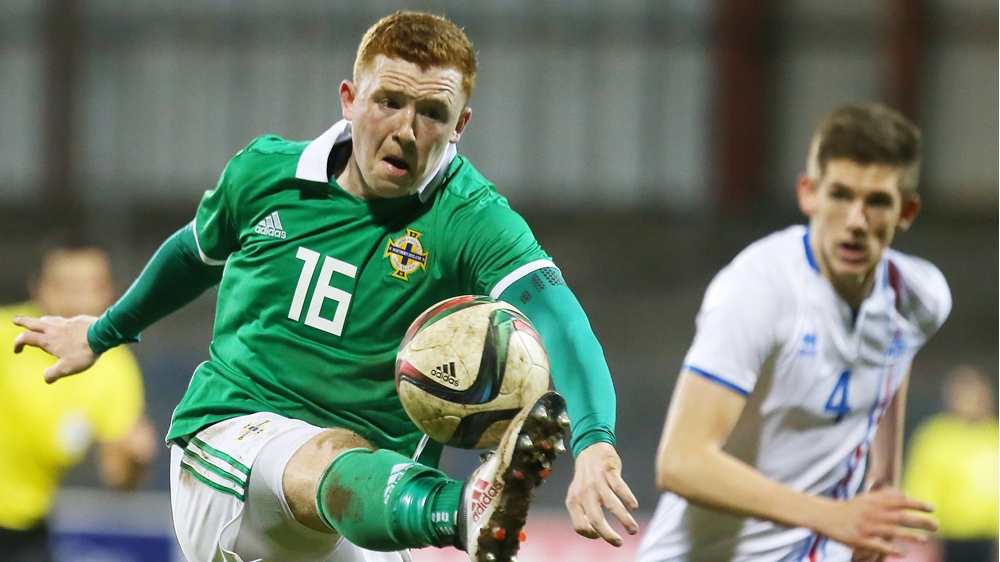 Northern Ireland Under-21 striker Shayne Lavery has agreed a move to Danske Bank Premiership side Linfield.

Lavery, recently on loan with Falkirk in Scotland, joins the Belfast outfit from Everton on a one-year deal.

And speaking to the club’s official website, Healy said he was delighted to have secured the services of the 20-year-old.

“I’m very enthusiastic about young Shayne joining us. I’ve known him for some time and I know what an exciting and promising talent he is. He’s played at various underage international levels and made his senior international debut exactly a year ago.

“He’s a quality signing who I believe will fit in well with our squad and I know our supporters will make him feel most welcome.”

Lavery, who has been an integral part of the Northern Ireland U21 squad under boss Ian Baraclough, added: “I’m absolutely delighted to have got this deal agreed to sign for Linfield. I know the manager and assistant Ross [Oliver] very well and they have made me feel welcome and wanted. I just can’t wait to get started.”