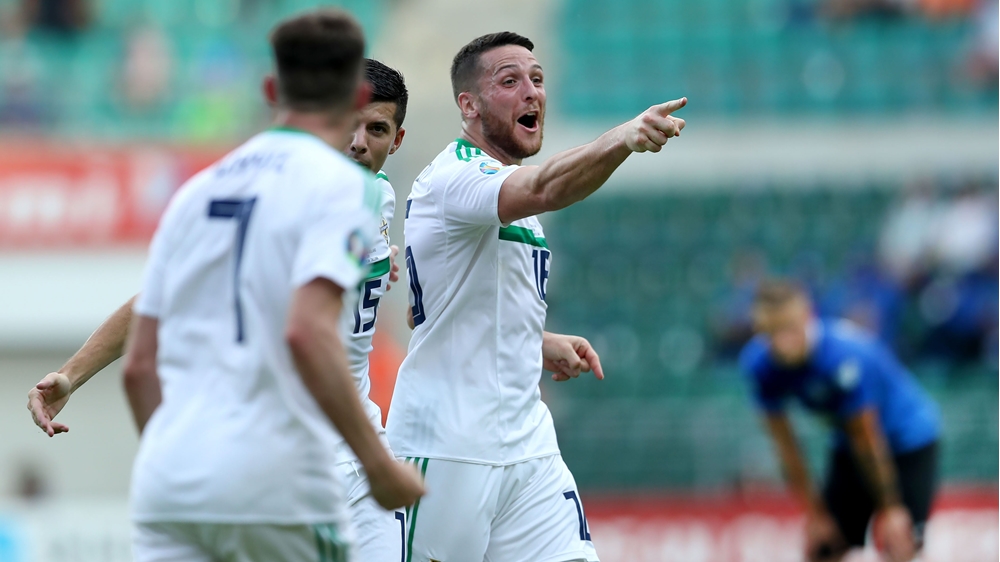 Northern Ireland are now back among the top 30 men’s international teams on the planet, having jumped five places in the FIFA world rankings.

Michael O’Neill’s men have moved from 33rd to 28th following their recent back-to-back victories over Estonia and Belarus.

Goals from Conor Washington and Josh Magennis helped Northern Ireland secure a 2-1 victory over Estonia in Tallinn before a late Paddy McNair strike gave the team a 1-0 win over Belarus in Borisov.

Northern Ireland sit ahead of Japan and USA and one spot behind Romania.

The move up the rankings means that O’Neill’s men are now just eight places off their highest ever spot of 20th which was achieved after the 2017 World Cup qualifying campaign which ended with the disappointment of a play-off defeat to Switzerland.