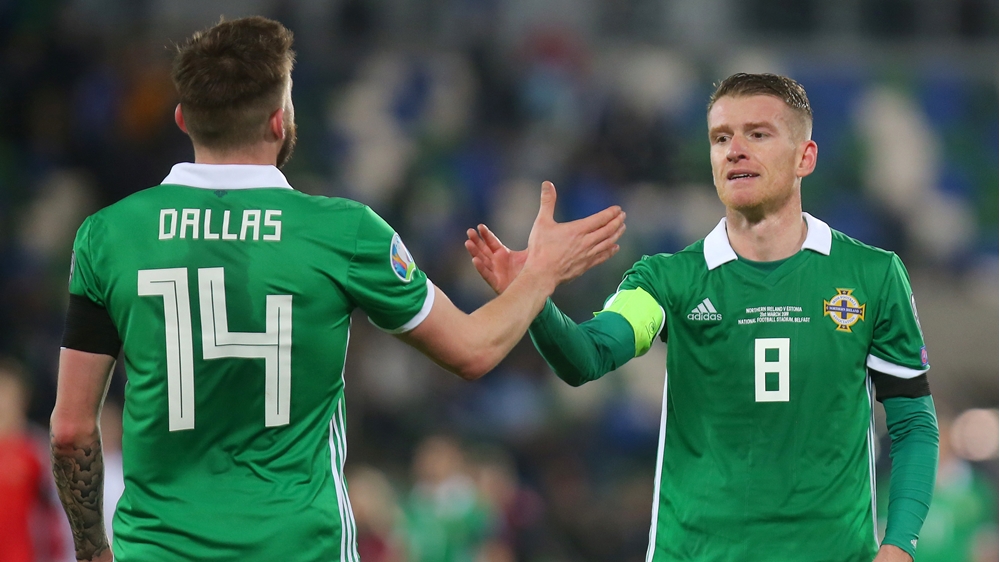 Senior men’s team captain Steven Davis says Northern Ireland have hope of making it to a second successive UEFA European Championships thanks to the wins over Estonia and Belarus earlier this month.

Speaking to his club, Rangers, during pre-season training in Portugal, Davis said the six points banked on the road in Tallinn and Borisov have given the squad an ‘opportunity to progress’.

Standing in the way of Michael O’Neill’s men are powerhouses Germany and the Netherlands, but Davis says Northern Ireland have given themselves the best possible platform as they top Group C going into difficult home and away games against both nations.

“It was a good trip for us,” Davis said.  “They were two very important games to give us hope in the group with the games to come.

“We got off to a good start with the wins over those two nations at home, and that gave us a platform to build on. We knew we had to go out there and try to replicate those two performances and get two results again to give us a chance in the group, and it sets it up nicely with the big boys to come in September, October and November.

“It is going to be difficult, but we have given ourselves an opportunity to progress.”