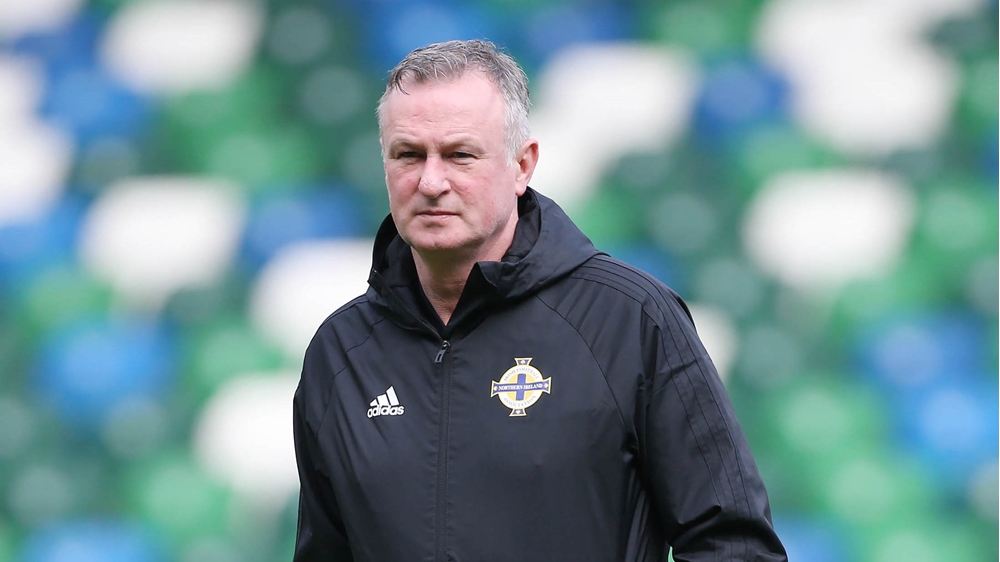 The first step towards another six points in the UEFA Euro 2020 Qualifiers looks set to be tricky for Northern Ireland.

When the boys in green and white defeated Estonia in Belfast back in March they secured three points fairly comfortably thanks to goals from Niall McGinn and Steven Davis.

However, claiming maximum points at the A Le Coq Arena in Tallinn tomorrow (Saturday 8 June, 1900 BST) may prove to be a little more difficult.

Estonia’s Meistriliiga - it runs from spring to the autumn - is in full swing right now and the Estonian team features several players who operate in it.

And Michael O’Neill is expecting Estonia to be “fitter and sharper” than they were in Belfast at a time when their top flight was just getting under way.

Most of the Northern Ireland squad have not kicked a ball competitively for around a month.They have, however, been involved in training camps under the watchful eye of the manager. Two were staged in Manchester, while the team have been training in Austria and Estonia this week ahead of tomorrow’s qualifier.

Michael O’Neill revealed that in the training camps over the past few weeks he has sensed a steely determination within his squad to get wins away to Estonia and Belarus, whom Northern Ireland face in Borisov next Tuesday (11 September).

He also said that he, the players and the coaching staff are well aware it will be a difficult task as both countries will want to do well in their home fixtures.

Northern Ireland are expected to play an expansive game in both fixtures – even if the matches are away from home.

A 4-3-3 formation seems most likely as O’Neill’s men push for the victories that would give them a solid platform going in to the qualifiers against Germany and the Netherlands this autumn.

The team is expected to be along similar lines to the one that started the qualifier against Belarus back in March.

Niall McGinn, who was in the starting eleven for the victory against Belarus, is missing through injury. His place is likely to be taken by Gavin Whyte, who has done well at Oxford United this season and  is highly rated by the manager.

Kyle Lafferty was in the starting line-up against Belarus in the springtime, however Josh Magennis, who came off the bench to score in that game, may be deployed up front from the start instead.

And O’Neill might also find a slot for the returning Corry Evans, who missed out on the first two qualifiers through injury.

Estonia are not expected to deviate too far from their usual formation. They normally play 5-4-1 or 4-5-1 and deploy a deep defensive line designed to nullify their opponents’ attacking threat.