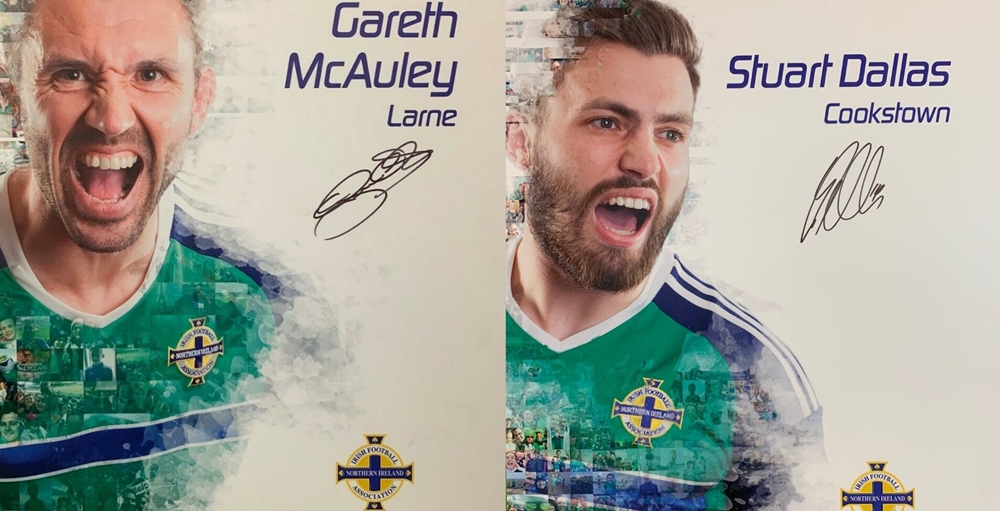 Supporters can now get their hands on exclusive signed Euro 2016 player boards and help support the work of the Irish FA Foundation.

The images on the boards, featuring a fan mosaic of international stars Gareth McAuley and Stuart Dallas, have been autographed by the players. The artwork was part of a campaign emblazoned on billboards around the country as Michael O’Neill’s men made their way to France for their first-ever European Championships in 2016.

The items are currently listed on eBay where fans can bid for them. All proceeds will go to the Irish FA Foundation.

More memorabilia and player boards will be uploaded in the coming months so keep an eye out for further items!

Bid for the Gareth McAuley signed board here